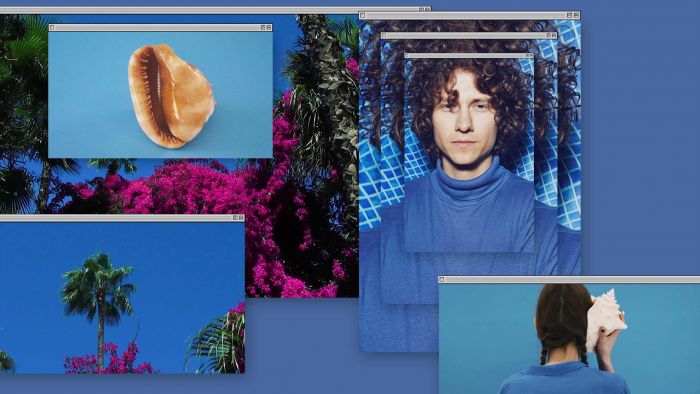 There’s beach-ready Copenhagen soul, a healthy dose of scuzzy London rock ‘n’ roll as well as acoustic Californian intimacy in this week’s new music round up from Getintothis’ Patrick Clarke.

I’m not sure if you’ve noticed, but it’s completely fucking boiling outside. Thanks to a healthy boost from good old global warming July has arrived in the clammiest of style this year, and for this lazy muso that can only mean one thing: it’s time to wheel out the faithful old pedestal, the ever-dependable clichéd label of this year’s ‘perfect summer soundtrack’, or some similarly worded banality, for the first of this week’s Unknown Pleasures.

Snide remarks aside, there’s indeed something undeniably suited to a balmy Mediterranean midnight groove on Everything You Know, the second track to appear from Copenhagen collective M.I.L.K.‘s upcoming, as-yet untitled E.P, boasting mellow swells of vintage horns backed by shapely electro-tinged grooves and a collected, soulful vocal that’s unruffled to the point of suave perfection.

After their first outing If We Want To exploded on Soundcloud to the tune of 230,000 plays and counting with its hazy dream-pop drifts, the new airing sees a decidedly more direct approach from singer Emil Wilk and his sea of collaborators; the buoyant late-night companion piece to the former’s mid-afternoon drifts.

Back in the grim reality of scuzzy London, newcoming Maui‘s ear-splitting latest comes suitably equipped with press-ready tales of rock ‘n’ roll debauchery – singer Harry ‘Larry Sezzler’ Edwards seeing himself banned from every club in Kingston for being way too bloomin’ raucous, apparently – and on new single Kiss Chase the scraping ferocity to match.

What’s most absorbing about the new song is how the band are happy to simmer under the surface before exploding in force, bright sparks of throwback indie rock ebbing back toward a warped, spacious groove where Sezzler’s breathless snarls take to the fore, then erupting into a caterwaul of Gang of Four-ish attacks of rebounding scratches of haywire guitar. They’ve also been playing secret shows under the names Smooshing Poopkins and Snow Patrol, which we couldn’t not mention.

Cut from super-limited (50 cassettes) full-length album Purple Thursdays, it’s a warm, intimate, yet ruthlessly stripped-back three minutes, by his own definition a collision of The xx‘s slow swirls of minimalism and the smokey acoustic atmospherics of Leonard Cohen, while a demure, eccentric vocal ties the whole thing together in retiring, but never quite timorous style.