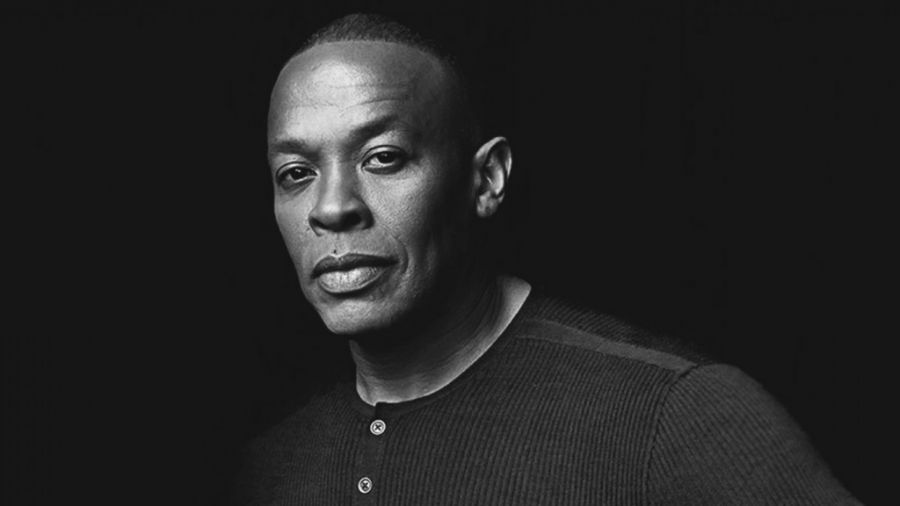 As Dr Dre releases new music and the film Straight Outta Compton drops some 20 years on from the time his label Death Row records waged war on an entire coast, Getintothis’ Jimmy Coultas looks back on five of the finest moments the fear-inducing imprint created – plus win film tickets and NWA media bag.

August 1995 saw the second ever Source Awards in New York City, an event forever enshrined in hip hop notoriety. Death Row records, easily the biggest imprint in hip hop at the time, was hell bent on dominating not only the awards but the show itself. The label’s owner Suge Knight bankrolled a performance featuring all its stars that would cost in excess of $100k, featuring the labels biggest artists appearing from jail cells to perform on the night (below).

The set and performance was a great one, with Dr Dre opening proceedings before Dogg Pound, DJ Quik, Nate Dogg, Lady of Rage and Sam Sneed followed. Snoop would hit at the climax in a rip-roaring rendition of Murder Was the Case as the crowd, at that point brilliantly receptive to them, went wild.

The label scooped four awards that night, including a best producer gong for Dre, but the awards or the performance fell to insignificance compared to the fallout from Knight’s victory speech for the best Soundtrack award. Calling out Puff Daddy and Bad Boy in all but name, he uttered ”Any artist out there that wanna be an artist and wanna stay a star and don’t wanna have to worry about the executive producer being all in the videos, all on the records, dancing, come to Death Row!”

The audience turned against him, and Snoop later confronted a booing crowd with an incredulous questioning of whether “New York don’t got love for Dr Dre and Snoop Dogg?” The East Coast/West Coast feud which had quietly rumbled in the background was in flames, engulfing hip hop which in some part would contribnute to the death of two of its brightest stars, Tupac Shakur and Notorious B.I.G., in less than 18 months.

Death Row is defunct as a label but remains very much in the spotlight. It makes part of the story behind Straight Outta Compton, a biopic which charters the influence of the group which propelled Dr Dre into infamy, NWA. Dre himself has been motivated enough by the film to create his first album in 16 years, the brilliant Compton proving there’s plenty of musical manoeuvring left in the hip hop titan yet.

Knight hasn’t been quite as productive but remains equally as well drawn to headlines. He’s currently pending trial on attempted murder stemming from an incident where he showed up at the filming for the film, a continuation of his legal troubles which followed him from that incident in 1995. With that in mind we’ve plucked five of the greatest moments from their history to look back on the troubled but hugely influential imprint.

Death Row’s opening gambit was Dr Dre’s sumptuous debut The Chronic, introducing the stars of the record label that would define the glory years of the imprint. The obvious choice from this would be Aint Nothing but a G Thang, the quintessential Dre and Snoop duet, but this is its equal. It’s also by far and away the greatest record Dr Dre ever holds down the microphone by himself.

The production is flawless, showing Dre’s ability to replay music and sample brilliantly (the chorus sees Miche’lle resinging a variation of the hook from Parliament‘s Mothership Connection which plays at the same time) as he shifts between two song sections with ease. It’s endemic of bridging the gap between the g funk sound he was now patenting with the old breaks led template of the past – the most sampled track in hip hop history, James Brown’s Funky Drummer, is also utilised.

In that respect it nails what made The Chronic so exciting, a transitional record which as much as it was about setting a new template still had so much of hip hop’s stylistic past grounded within it. It’s also arguably the best Dre has ever been on the microphone, his three verses delivered with an arrogance he would never quite reclaim later in his career amid a stack of quotables including finding bodies with their fucking heads cut off in Greenleaf and a gazillion switches (16 actually) on the dopest 1964 Chevy impala possible.

Utterly genius, and that’s without mentioning the jaw dropping eleven minute remix with Snoop, Daz and George Clinton on board and a pause midway for Dre and Death Row studio bod Little Half Dead to inhale helium. Then The Dramatics’ T Green rips the shit out of it with a near two and a half minute bass solo; pretty much bringing the full band to hip hop in one stunning tour de force. Mind blowing.

Picking a favourite is hard, with Gin and Juice the standout single, the puerile Aint No Fun offering Nate Dogg at an all-time high and Pump Pump a brilliantly energetic workout which sees Snoop gliding over a ferociously neck snapping Dre beat. That said this brilliantly named track encapsulates the effortless genius of Snoop at his early nineties peak and Dre’s fully developed Death Row sound, the perfect juxtaposition of the two seemingly on autopilot.

The production is vintage Dre, blending a heavy bassline with his classic sampling detail – alongside the mandatory George Clinton record (Parliament’s Flashlight) he also replays the riff from Billy Joel’s The Stranger. Snoop then just sits on the top and manages to cram in everything he did so well, basic brags (“I make money and I really don’t love hoes”), rhyming letters with aplomb (“you tried to see me on the TV, youse a BG, D O double G yes I’mma OG“) and dense word play (“Snoop Dogg is trump tight like a virgin”),all without breaking sweat.

One thing that is downplayed in the Death Row era is the presence of none West Coast influences. Snoop’s drawl comes much from his southern upbringing as much as California, whilst the two lyrical lynchpins of the label Kurrupt and Lady of Rage are actually form Philadelphia and Virginia respectively. Even 2Pac’s coastal loyalty prior to signing for Death Row was ambiguous, with an upbringing that took in Baltimore and New Jersey as well as the Bay Area (his first ever rap moiniker was Mc New York).

Pennsylvannia native Sam Sneed, a producer who first came to prominence with Def Squad rapper K-Solo, was a figure mainly in the background on the imprint. That said his impact on the drums of Dre’s beats was pivotal, and he was also one of many rappers promised an album that never materialised on the Row. This record was the only music that ever saw the

Light of Day, one of the unheralded highlights on the Murder was the Case soundtrack. It’s also the closest Death Row ever came to hip hop’s traditional boom bap sound and not their sinewy g funk hallmark.

Death Row didn’t just make music; they destroyed it as well. Had the internet been in full force during Death Row’s heyday it’s likely we’d have heard a ridiculous amount of songs that got lost in the ether. This is one that did make the cut, a record originally slated for release by Kurrupt and Daz Dillinger’s group The Dogg Pound with funk lord George Clinton on hook duties atop of Dre’s production at its most grandiose and epic.

If it sounds odd hearing the two rapping over it, it’s because their original was erased (although clearly not very well) in favour of 2Pac’s version, which opened up the second disc on his sprawling opus All Eyez on Me. It wasn’t the only record the Pound passed on over to the label’s new star, with the duo appearing alongside Method Man and Redman on the album’s standout posse cut ‘I got my mind made up’. Two other rappers, Rage and Inspektah Deck, both recorded verses that have since been lost.

To give an idea of timescales, the album this had been intended to appear on was released barely a week after Shakur was released from prison, meaning the omission must have been an extremely last minute and chaotic choice. Such was life under the rule of Suge Knight.

There’s finer 2Pac songs than this, many of them on Death Row, but nothing epitomises his time at the label quite like Hit Em Up. There’s also much better diss records as well, BDP destroying an entire borough of New York, Nas returning fire from Jay-Z’s seemingly unassailable Takeover with the brutal Ether and Canibus dissecting LL Cool J on Second Round KO, but nothing hip hop related has ever come close to the bile generated on this record.

Shakur ransacked his nemesis Biggie Smalls in a no holds barred outpouring of anger, claiming to have bonked his missus whilst refashioning the hooks from his back up crew Junior Mafia’s hits the previous year, Get Money and Player’s Anthem. He then lets his own backing rappers loose on the cut and admonishes Biggie and associates in a violent video that leaves nothing to the imagination, at the same time attacking Mobb Deep, Chino Xl and unleashing the immortal gambit “fuck bad boy as a staff, a record label and as a mutherfucking crew”. Ouch.

Shakur didn’t prove he was the better rapper but he did completely humiliate Biggie and set a new watermark for aggression on wax, one which would be followed by both emcees being slain within less than a year. It was also the point at which the label started to really self-destruct, as death, legal troubles and a departing Dre caused the voluble ship to finally combust. What a ride those four violent years were.

Getintothis has teamed up with FACT to offer two sets of readers a Straight Outta Compton movie pack – plus two pairs of tickets to see Straight Outta Compton.
All you have to do is ‘like’ our post on Facebook and share to your own wall.
For for more information on what’s coming up at Fact, click here 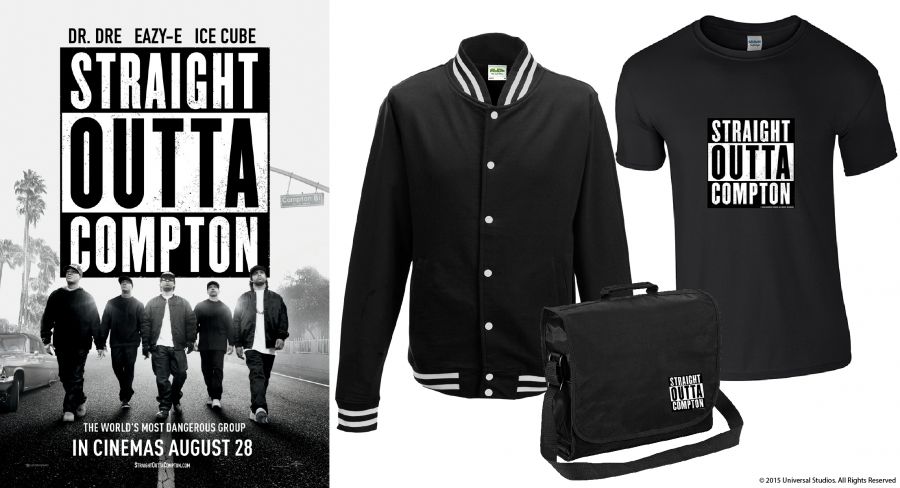