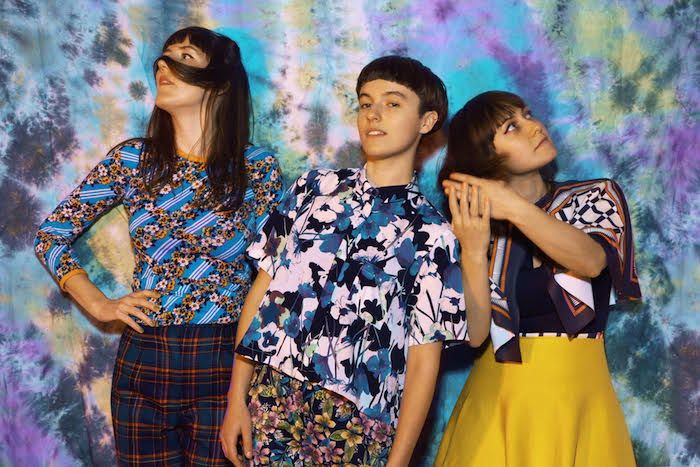 From hip hop at The Kazimier, screenings at Liverpool Small Cinema and a Stealing Sheep exclusive, Liverpool Irish Festival is shaping up to be something special, Getintothis’ Tom Konstantynowicz has the details.

It’s a special relationship, that between Ireland and these particular Mersey shores, a rich counter culture that bonds both sets of people, through music and the arts to food and drink.

This year’s Liverpool Irish Festival spans ten days from October 15-25 and the music on offer showcases a blend that sees traditional fused with the new and contemporary.

The crowning glory of this year’s event promises to be the marriage with Liverpool Music Week which sees alt-pop trio Stealing Sheep team up with Immix Ensemble – a group of orchestral instrumentalists – at Bluecoat to score a unique modern dance performance courtesy of leading Irish dancers and choreographers Fearghus ÓConchúir and Aoife McAtamney. Immix strive to bring together like-minded artists and this project alongside Stealing Sheep, ÓConchúir and McAtamney marks just the second outing of their 2015/16 series of collaborative works.

The festival has announced continuing alliances including the Liverpool Philharmonic and Picturehouse at FACT as well as new partners like that of LMW and Liverpool Small Cinema. The latter will host a screening of Good Vibrations, a film documenting the life of Belfast punk scene pioneer Terri Hooley – founder of the Good Vibrations record label and the man credited with acquainting John Peel to The Undertones‘ Teenage Kicks. Hooley will give a Q&A and play a set in the booth for the lucky few inside the cinema.

Hip hop collective Rusangano Family are set to hit up Kazimier Gardens with their 808 beats and substantial lyricism. The three-piece consist of two MC’s and a DJ from Togo, Zimbabwe and Ireland and have racked up radio airplay and support slots for the likes of Snoop Dog, Young Fathers and Run the Jewels. The performance will include collaborations with artists from new Liverpool label Fly High Society.

At the new, intimate Music Room inside the refurbished Philharmonic Hall, folky five-piece Dallahan will join singer-songwriter Roisin O for an up close and personal show. Pronounced as having a vocal conjuring the likes of Kate Bush and Joanna Newsom, Roisin O promises to be a real treat.

Experimental maritime soundscapes will ring out in Leaf café as Ryan Vail and Ciaran Lavery showcase their ambient Sea Legs album, documenting the noises of fishing villages around Donegal. While dynamic eight piece folk rockers More Power to Your Elbow – named after an Irish phrase meaning effusive praise of a job well done – will be sure to arouse just that from their audience at St Michael’s Irish Centre.

What better way to celebrate the cultural connections across the Irish Sea than to rejoice in some of the most innovative underground talents from either side, placed among Liverpool’s distinguished settings.

Tickets and information will be available through www.liverpoolirishfestival.com in the coming weeks for the full festival programme which boasts over 50 events over 30 venues.