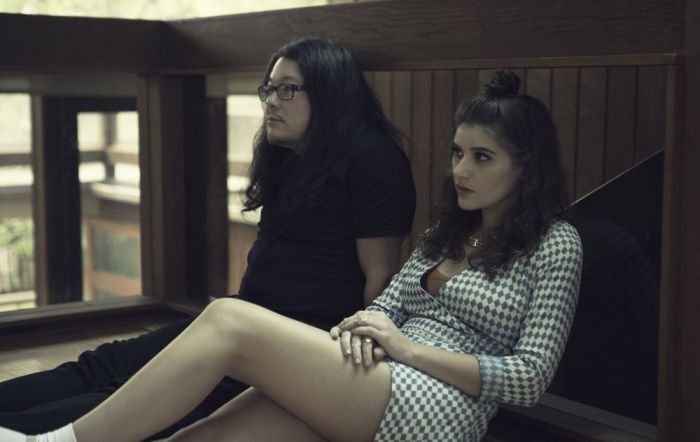 Hot on the heels of the recent announcement that Godspeed You! Black Emperor will mark their debut Liverpool performance with a stand-out headline performance at Liverpool Music Week on October 27, comes a new wave of announcements that will no doubt thrill all devotees of good music from Liverpool and beyond.

With the 11th incarnation of the acclaimed celebration of music set to take place from October 22-31, Getintothis can reveal that Deerhunter and Gang of Four will, alongside SOAK the rising star from Derry’s fertile music scene, bring the week-long festival to a close on October 31.

As in previous years the closing party will be spread across multiple venues, yet the attention will no doubt be focused on Camp and Furnace. It is here where Deerhunter and Gang Of Four will look to provide a memorably spectacular denouement to a journey of musical discovery that will showcase, alongside the many and varied talents of the endlessly productive North West music scene, some of the finest alternative acts from further afield.

Hailing from Atlanta, Georgia and led by the mercurial Bradford Cox, Deerhunter meld a range of influences from garage-rock, improvised noise, avant-garde, shoegaze, post-punk, krautrock and ambient drone into something entirely unique and utterly distinctive. Although the band have a enviable back-catalogue of recorded material – just take a listen to Cryptograms, Microcastle or their more recent Monomania – it is as a live act that they really come into their own.

As anyone so blessed with good fortune to see the band perform three headline performances when they curated All Tomorrow’s Parties in 2013 will testify, a Deerhunter show can be a mesmeric and inspiring event, illustrating how they marry their influences into a single cohesive whole. Expect thrilling walls of noise, trance-inducing ambience, punk cacophonies and transfixing repeato-grooves. Will another fifteen minutes of Nothing Ever Happened form part of their set? We can but hope. 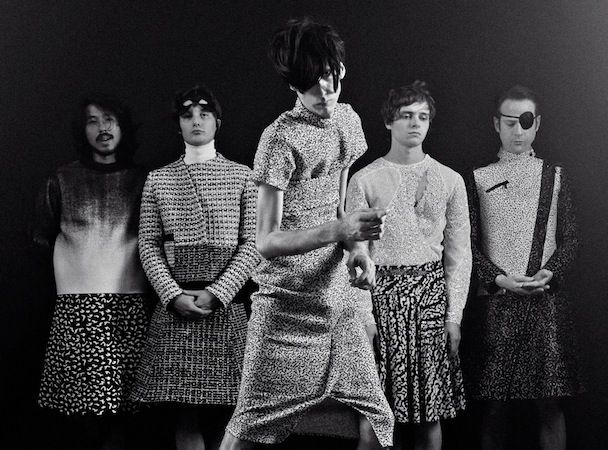 With many legends of the post-punk era having already played Liverpool this year, it seems only fair that Gang of Four should be invited to the party. Formed in Leeds in the late 1970s and fronted by Andy Gill the band, like so many of their contemporaries, became noted for their political and social conscious that, in its uncompromising marriage of punk, dub and funk, both seemed to celebrate diversity and lay down a challenge to a narrow political consensus.

Times may have changed but the landscape looks and feels familiar. Much of what made Gang Of Four important in their youthful pomp ensures their continued relevance. Although Gill is now the sole remaining member from the original line-up, the band will no doubt bring a welcome political edge to this year’s festivities.

Alongside the excitement of the closing party announcements will be a week long programme of events, many of which will be, as in prior years, free-ticketed shows. Among those to be announced are Josh T Pearson, whose solo follow-up to his work in the cult Lift To Experience, Last Of The Country Gentlemen was released on Bella Union to critical acclaim in 2011. His live shows often belie his recorded material, the intensity of which is happily broken by frequently humorous and often ribald and always entertaining monologues.

Best Coast are comprised of songwriter and guitarist Bethany Cosentino and multi-instrumentalist Bobb Bruno and emerged from the underground with their 2010 debut album Crazy For You. Initially influenced by surf-pop and 60s garage rock, their debut album revelled in its strong lo-fi sensibilities.

Follow-up album, 2012’s The Only Place, was a much more polished affair and revealed strong country and 70s MOR influences. With 2013’s Fade Away EP suggesting that the band had immersed themselves in the music of My Bloody Valentine or even Mazzy Star, the duo seemed set to return to their lo-fi, alternative roots. This is confirmed by new album California Nights which embraces the fuzz and recalls 90s alt-rock.

Holly Herndon is an American composer, musician and sound artist based in San Francisco. Combining the minimalist avant-garde with thumping techno beats, Herndon is a renowned collaborator and is famed for using her own programming language to create customised instruments and unique vocal processes. With her textured and densely layered experimental electronic masterpiece Platform having recently been released on 4AD to universal critical acclaim, Liverpool Music Week will provide the perfect opportunity to see a genuine avant-garde innovator at the height of her powers.

Liverpool Music Week is the UK’s largest indoor off-season music festival and last year 10th incarnation attracted more than 48,000 fans to its series of shows. With a promised 50 events featuring no fewer than 250 acts across a range of venues, this year promises to be every bit as spectacular and, based on the calibre of artists already announced, possibly more so.

Reflecting its unique place in the hearts of the city’s creative community, The Kazimier will remain the festival’s hub and will host a series of free-ticketed events that span the week of the festival.

With further announcements due next month, Liverpool Music Week founding director Mike Deane was barely able to conceal his excitement at having booked GY!BE for this year’s event: “Following an incredible 10th edition of the festival last year, we are thrilled to announce our first headliner for 2015 as Godspeed You! Black Emperor – an act we have been trying to get to the festival for years and now we can finally proudly announce will play their first ever Liverpool show at this years LMW. Furnace was an exceptional space for our headline shows Mogwai, Caribou, Chrvrches and will be the perfect venue for Godspeed’s first visit to the city.”

On the back the latest raft of the announcements Liverpool Music Week is once again shaping up to be the highlight of the winter season, not only for our region but also nationally. With the unfortunate forthcoming demise of The Kazimier and the uncertainty that this has created within Liverpool’s gig-going community such high-profile events are needed to keep the city on the cultural map. Liverpool Music Week looks set to do just that, and a lot more besides.