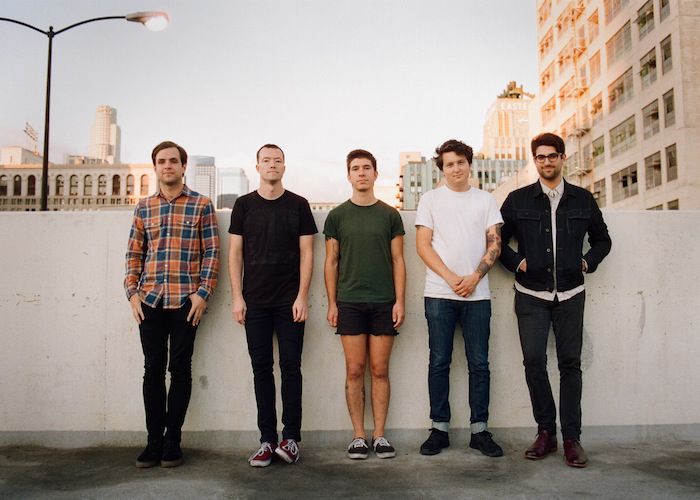 With two of the most exciting bands of their scene heading to the city, Getintothis’ Zach Jones looks ahead to a night of hardcore at the O2 Academy.

It was roughly 2006 when a new batch of bands appeared on the scene. This was the second wave of screamo. This new lot wore their influences on their sleeve, just as the artists of the original movement – such as The Dillinger Escape Plan, Converge and Botch – did before them.

Touche Amore were a vital part of this sphere. Hailing from California, they paved the way for many newer hardcore bands. It was this movement that was so vital in diversifying hardcore, a genre that had famously been stuck in its ways. So eager to look back rather than forward.

Touche Amore fused post-rock, ambience and experimental soundscapes into their crushing hardcore sound. Distortion was married with reverb and the band helped pioneer a sound that would transverse globally.

At this point in time, the UK scene was thriving. Labels such as Holy Roar, In At The Deep End, Tangled Talk and Brew gave platforms to bands showcasing a progressive side of hardcore. Maths, Rolo Tomassi, The Long Haul and The Ghost of a Thousand are all among the names that become hallowed on the UK circuit, and still to this day command respect.

But over the water in Touche Amore’s home state, the scene was burgeoning with talent. It was from here that Loma Prieta where born. A band of pure cathartic energy, a total explosive force. New single Love is no exception, brimming with spine shattering darkness and an unrivalled melancholy. It’s these elements that give it an almost post-punk feel. This is obviously no Joy Division, but the reverb laced guitars and hollowing minor chords definitely show the band’s dark side.

After releasing a split 7” together, both Touche Amore and Loma Prieta will be gracing the UK this summer, in what is perhaps the tour we’ve all been waiting for. With a rare Liverpool performance scheduled for August 13 at the O2 Academy, it is a contender for hardcore show of the year in a city passionate for the heavy stuff.