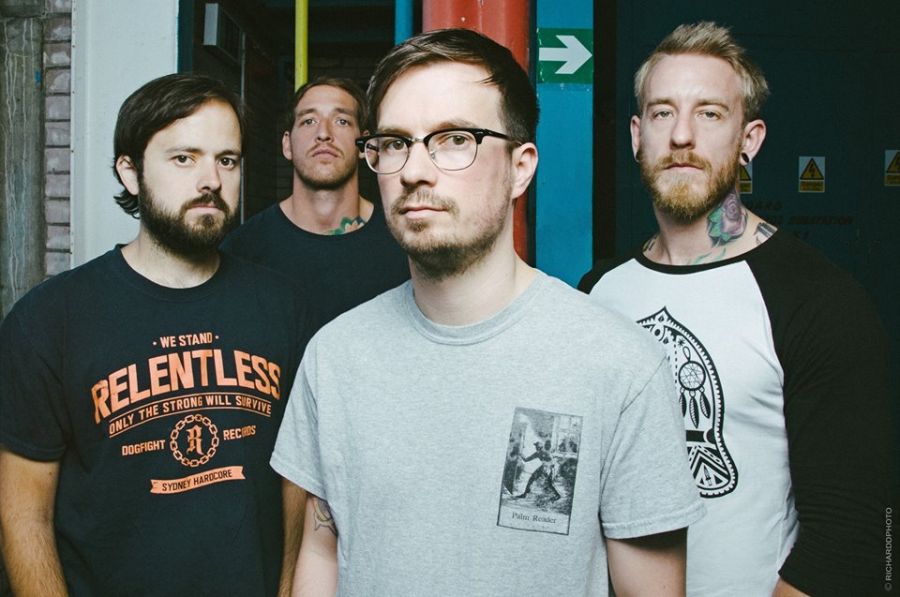 Funeral for a Friend

Basking in the return to form of this year’s new LP, post-hardcore heavyweights Funeral for a Friend will bring the sound of their recent rebirth to the Kazimier this Sunday, Getintothis’ Cat Vivian has the info.

Post-hardcore trailblazers Funeral for Friend will play the Kazimier on Sunday September 6.

Hailing from Bridgend, South Wales, the oufit made a huge impression on the burgeoning British emo and post-hardcore scenes in the early 2000s with their debut album Casually Dressed and Deep in Conversation affording them three top 20 singles in the UK.

Awarded Best UK Newcomer by Kerrang! Magazine in 2003, the band earned themselves a legion of dedicated fans and are arguably the most memorable act of the scene’s era.

The band have since deviated from their favoured screamo sound, becoming less aggressive and even venturing into the realms of pop rock. It’s a move that’s seen a mixed reaction from fans, but nevertheless showed a maturity whilst  lyrically remaining loyal to emo’s signature sentiments.

2015 saw Funeral for a Friend release their 7th full length album Chapter and Verse, cementing what has been a slow return to their post-hardcore influences with strong riffs, loud vocals and politically charged lyrics.  These elements are sure to at least intrigue their fanbase from the hardcore to the deserters.

Their live shows to date have boasted a deep, emotional connection with their audiences, so their recent return to form should see an interesting reaction with the Kazimier crowd.