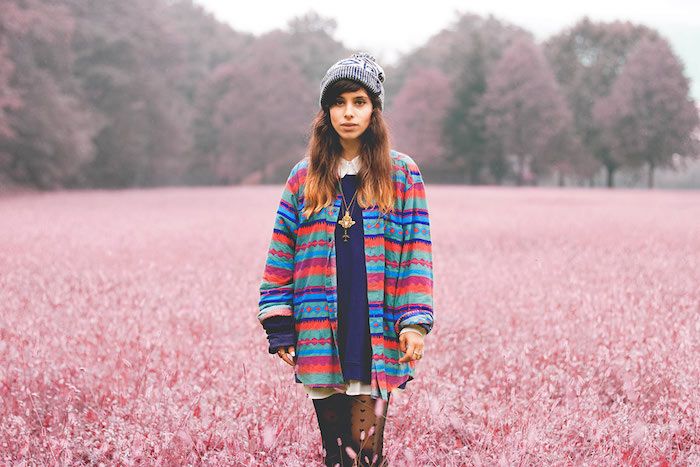 Ahead of her forthcoming album, Nadine Carina is back with new track Crystal Eyes, and Getintothis’ Craig MacDonald is relishing her return.

It has been some time since we last heard from the electro folk wonder that is Nadine Carina. The Swiss born LIPA graduate has been busy doing what she does best; exploring the boundaries of loops and beats to create something truly beautiful, which is exactly what she has done with new track Crystal Eyes.

At times hauntingly mesmerizing, the track kicks off with a roaring beat masked in a deep synth before Carina‘s vocals send you coasting away into a dream-like state. The delicate addition of keys sprinkled throughout add a gleaming addition to the piece that highlights the experimental ear of the former GIT Award nominee. It creates a ghostly yet enchanting effect that hooks you in and refuses to let go.

The single is the second to be taken from the forthcoming album Never Been To Heaven which is to be released on Oh, Sister Records. As it flows through its breezy fusion of electric wizardry it takes shape to form an all-consuming rhythmic delight that casts pictures of snow falling upon Carina’s Alpine sanctuary while she spins tales of nostalgia.

Hopefully with the release of new material will come some equally impressive live shows, as those who witnessed the captivating display she gave supporting Låpsley last year at Leaf will understand. People say that good things come to those who wait. In Nadine Carina, that has never been truer.