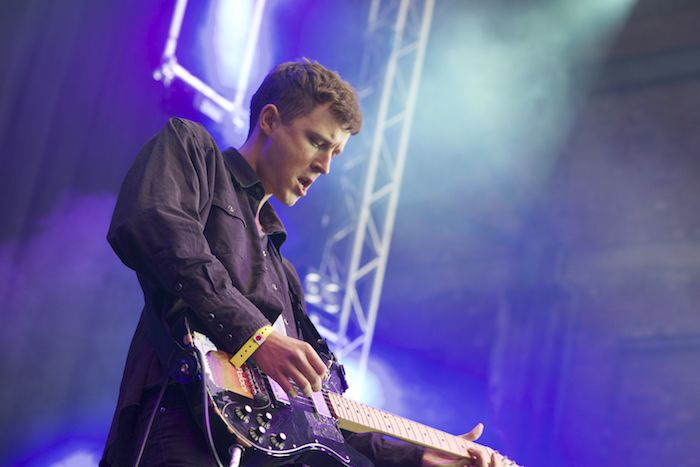 With Liverpool Music Week announcing a series of super-cheap gigs, Getintothis’ Paul Higham takes a listen to all the acts – as well as getting excited about the new single from Deerhunter.

Liverpool Music Week, in conjunction with DIY magazine, have announced a series of super-cheap gigs to run alongside some of the more heavyweight talent already announced.

Continuing Liverpool Music Week‘s support for emerging artists, The Shipping Forecast and the Arts Club Loft will play host to six gigs which look set to present a varied range of musical styles. The Breaking Out series of gigs will all be priced at £3 each with tickets available on the door and no booking fee. With a competitively priced wristbands available for £10 what better incentive is there to discover the possible stars of tomorrow?

Opening the run at The Shipping Forecast on October 23 are Palace whose delicate and considered anthems first came to our attention when supporting Ghostpoet earlier this year. Irish duo All Tvvins will bring their complex and progressive synth-pop to the same venue on October 26. Offering something more than the current wave for 80s revival act, the duo skilfully blend a strongly anthem quality with a clear sense of artistic vision.

Australia’s Britpop revivalists DMA‘s have the potential to go down a storm in The Shipping Forecast on October 27. While they have been compared to early Oasis there is something in their wistfully wry jangles that recall Liverpool favourites like The La’s or Cast, a time when music was more immediate and less arch.

Anglo-Welsh outfit Telegram present their groove-laden brand of motorik-influenced psychedelia to a Liverpool audience at the Shipping Forecast on October 28. Very much in the mould of Temples or Toy, albeit with added glam influences, they don’t reinvent the wheel but look to be an exciting live prospect.

Pixx, who plays at The Shipping Forecast, is the latest signing to acclaimed and influential indie label 4AD. Hailing from leafy South London suburbia of Chipstead, Pixx is the stage-name of 19 year old songwriter and art school graduate Hannah Rodgers and she seems to have found a natural home on the 4AD imprint embracing the glacial otherworldliness that characterised the likes of The Cocteau Twins in the label’s 1980s heyday.

The final act to be announced is Shura, who will play the Arts Club Loft on October 30. Shura makes breathy and ethereal 80s influenced synth-pop that combines elements of R&B and has been likened to Madonna, Cyndi Lauper and Janet Jackson.

Finally, with excitement justifiably mounting in advance of Deerhunter‘s headline slot at Liverpool Music Week‘s closing party in October, the band have released the video for latest single Snakeskin to be taken from their forthcoming album Fading Frontier set for release on October 16 on 4AD.

What is immediately apparent is that this looks set to mark another shift in artistic direction for one of American rocks most interesting bands. Just as 2012’s Monomania surprised in its devotion to the scuzzier side of all-American rock with its leather jackets and garage-rock reverb, this seems to mark another leap into the unknown.

Those hoping for a return to the dreamy ambience of 2010’s Halcyon Digest might be set for something of a disappointment. The new single is lean and bright in its production qualities, with a minimalist funk shimmer hovering over throughout.

As demonstrated by the opening lyric, “I was born already nailed to the cross“, musical accessibility is matched by a darkness of tone. With 4AD suggesting that the new album will juxtapose starkness against clutter in what will be the band’s most complex work to date, expectations of the new album will surely be heightened.