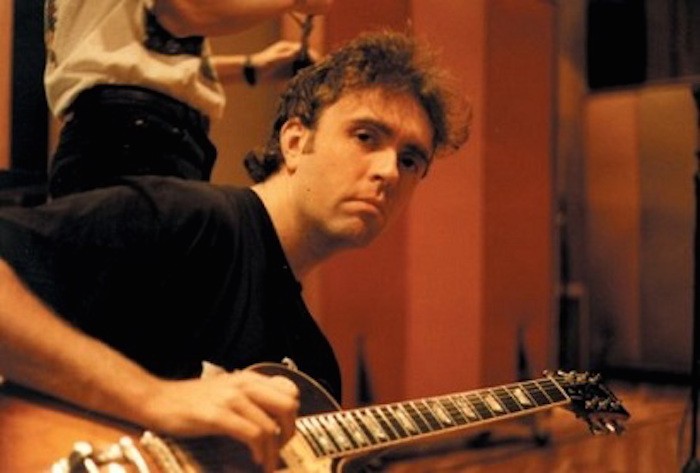 Ahead of The Icicle Works’ return at the O2 Academy on Saturday, Getintothis’ Nick Maw talks to the Liverpool legend and self-penned Merseybeast, Ian McNabb.

Overlooking, for a moment, his acclaimed position in Liverpool’s music history, Ian McNabb has recently gained something of a reputation for his outspoken comments on modern society. His enthusiastic criticism of everything and everyone from Cameron to Kim Kardashian through the medium of social media is a testament to his musical tenacity – over 30 years after the formation of The Icicle Works.

After the split of The Icicle Works in 1990, McNabb subsequently pursued a solo career spanning a quarter of a century, including an impressive and arguably underappreciated collection of 10 solo albums – including the Mercury nominated Head Like a Rock.

Despite this, and perhaps to his frustration, it was The Icicle Works that brought the biggest commercial success. Whether it was the promise of increased exposure due to a weightier stage name, or simply pent up nostalgia, in 2006 an Icicle Works revival was announced, fronted by McNabb.

The ensuing series of sporadic anniversary gigs proved exceedingly popular, and McNabb now brings The Icicle Works back to Liverpool for the first time in four years at the O2 Academy on Saturday September 26. We spoke to him ahead of the show.

Getintothis: You’ve said that some have described The Icicle Works as ‘schizophrenic’ because of a tendency to switch between light and heavy albums. Have you ever been tempted to veer towards writing ‘pop friendly’ music in order to achieve greater mainstream success?

Ian McNabb: I’ve done a fair bit of that to be honest. From 1986, Icicle Works really tried hard to make pop singles. The record companies were spending a lot of money on us and we were always chasing a hit. Despite our albums hitting the top forty, hit singles continued to elude us. All the Icicle Works more mainstream success came at the beginning, especially in the U.S. where we were beneficiaries of the newly started MTV. The pressure was on me as the writer. It was good training actually, very good discipline. Making the perfect three and a half minute pop record is much harder than writing a ten-minute opus. Since The Icicle Works stopped making records in 1990, I’ve not really written to get a hit, just what I wanted to. It’s a relief!

Getintothis: Have you ever felt any frustration that playing ‘anniversary’ gigs as The Icicle Works has perhaps proved more popular than your solo work? Are there any songs you have written as a solo artist that you feel would have been better received as Icicle Works releases?

Ian McNabb: The Icicle Works is a brand that a lot of people bought into thirty odd years ago. A lot more people come to the shows than come to my solo gigs. This is largely down to the fact that people know they’re going to hear Icicle Works songs all night – which they worry they may not at my solo shows (which is far from true). I do the Icicle Works only every few years so people don’t get too used to them. It is a little frustrating sometimes, but a brand name will always attract more people than my name.

I’d never release anything else under The Icicle Works name, I’m very proud of my solo work, and to suddenly put a record out called Icicle Works would denigrate my solo career of what? Twenty-five years now. People forget that I’ve had many successful solo albums and have been nominated for a Mercury prize as Ian McNabb. The Icicle Works were functioning for precisely seven years. For the record, I wrote all of the songs and sang them bar a couple.

Getintothis: Despite playing with Ringo Starr at one point, did you ever feel, as a young musician from Liverpool, that The Beatles cast a shadow over you?

Getintothis: How would you compare performing in Liverpool now to during the early years of The Icicle Works in the 80s? What has changed, for better and for worse?

Ian McNabb: It doesn’t really feel that different. As the years roll by the gigs take on a more celebratory feeling that we’re all still here and able to play and enjoy music. Many have fallen by the wayside, and that goes for the audiences as well as the bands. I’m very proud that music I wrote so long ago still has value to people. I think The Icicle Works’ music was far more original and interesting musically than it’s ever been credited for. We could play anything and sometimes did in the space of one side of vinyl. Many acts who were more feted at the time than us are forgotten now. I’m very thankful things turned out the way they did.

Getintothis: And finally, what are you currently listening to and enjoying at the moment?

Ian McNabb: Just as I’m typing this I’m enjoying Richard Hawley’s new album. I don’t hear a lot of new things that I think are that great, no one seems to be bothered about writing songs anymore. It’s a lost art. I’m sure things will turn around. One great thing about music is it tends to get a lot better in times of austerity. All this suffering has to be worth something in the end!