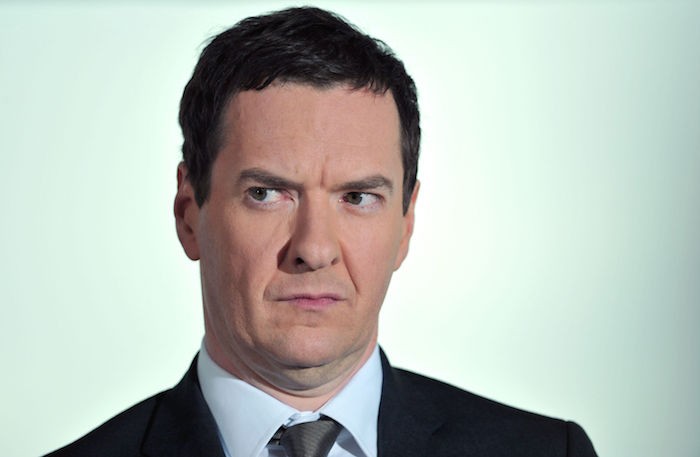 As George Osborne claims to be an NWA fan, Getintothis’ Shaun Ponsonby questions how the Chancellor can be a fan of the gangsta rap legends, while ignoring the message in their music.

A few months ago – on the day of the general election – I scribbled a bit of bollocks about the difficulties that celebrities have when becoming entangled in politics. Queen’s Brian May and noted scholar Mark “Bez” Berry were put under my lazy excuse for a microscopic lens, and Russell Brand was labelled an incoherent mess akin to the backwards talking dwarf in Twin Peaks.

But, unfairly perhaps, I neglected to talk about the other side of the spectrum. What about when politicians profess their love of music that actual humans like?

I’ve been thinking about this a bit since Chancellor George Osborne’s recent interview in which he professed his spin-approved musical loves.

We’re living in a post-Thick of It era of knowingness about political spin. We know that, for the most part, pretty much anything that comes out of any politician’s mouth has some kind of ulterior motive.

Last week, Osborne’s perpetual unpopularity became apparent once again after it was revealed that just 15% of the British people can even envision him succeeding Prime Minister Michael Callow…uh, I mean…David Cameron. Lest we forget, this is a man who was booed at the Paralymics, even though Coldplay were also in the building.

So, is it any surprise that he has since revealed himself to be a fan of cool things in the country’s uncoolest rag?

In the Daily fucking Mail, Osborne claimed to be a closet fan of N.W.A. in a definitely not entirely orchestrated attempt to get respect of people on the “street”. Not to mention purely coincidental that this revelation comes directly after the much-hyped Straight Outta Compton biopic of the legendary gangsta rappers, where anyone who reads papers or looks at billboards would be unable to escape the presence of Niggaz With Attitudes.

Quizzed about his favourite N.W.A. song at the Tory conference, presumably by someone who thought he was making this shit up, he responded with; “It begins with ‘F’ but I think I’d better stop there.” Logically, this means Fuck Tha Police. You know, their most famous song. I imagine his favourite N.W.A. album is The Best of N.W.A. and his favourite group member is “the singer”.

Actually, maybe that’s unfair. Let’s not get a Pitchfork level of snobbery here. Lots of people strike a chord with an artist’s biggest hit. He did go and see them live too.

“It was an amazing concert. These were the angriest young band from America. There’s a film that’s just come out about them called Straight Outta Compton which has been a huge hit in America. And it is definitely the coolest thing I ever did. It is not like a pattern of going to all the latest concerts – I just happened to hit lucky and go to this band who were only together for a couple of years.”

Of course, he doesn’t want to lose his bland conservative fanbase by liking something that actually has some feeling behind it, so he hastily added; “It was raw and angry. I’m not condoning everything they said or anything like that, but it was an incredible thing to go to.”

Well…at least he’s not pretending that he was really into all of this pop music malarkey. But it’s interesting to see him go on about a group who were about the exact opposite of what he is about. A song like his beloved Fuck Tha Police is far from a conservative anthem. Policies like his are what leads to the kind of conditions that makes the rawness and anger in gangsta rap a possibility. The golden age of hip-hop was one of the most thought provoking movements in any kind of music. Osborne said he loved their anger when talking about N.W.A., but judging by his politics he never seemed to ask himself why they were angry. Either that or he just didn’t care.

This isn’t the first instance like this in the current roster of Tories. David Cameron is so famously a fan of The Smiths that I once had a dream that he was performing a tribute to them at the Grammys, dressed in Tudor clothing and playing a lute and mumbling “now I know how Joan of Arc felt” as the world booed (I have concluded that my radio alarm went off and Shaun Keavney was playing The Smiths).

Since then, Morrissey and Johnny Marr have both banned Cameron from being a fan of theirs. On the one hand, that is such a hyperbolic reaction that it could appear on the pages of Cosmic Slop. On the other, the sentiment is understandable.

If the whole point of a work of art is to protest a certain mentality, how can someone proclaim themselves a fan of this work while ultimately ignoring the message? There’s a reason I have never listened to infamous neo-Nazi arseholes Skrewdriver. Namely, because they’re neo-Nazis. I kind of have a problem with that as a concept. Let me be abundantly clear; I’m unashamedly on the side of Jake and Elwood Blues when they drive their car into the Illinois Nazis. I hate Illinois Nazis. And like Illinois Nazis, Skrewdriver provide such an attack on my beliefs and morals, that it doesn’t bare even attempt to listen to them with any level of subjectivity.

Of course, let’s not rule out the possibility that they’re overstating their love of these things. A lot of people Cameron’s age like The Smiths, N.W.A. are getting a resurgence from Straight Outta Compton. “Look how much like normal people we are!”

I don’t think anyone really believes that Gideon is an N.W.A. fan in the way that you believe that Obama is a Stevie Wonder fan. In the Mail interview he also said he writes his speeches whilst listening to Bach. That one made much more sense.

But why emphasise it? Remember when Cameron told an elaborate tale of buying a pasty that no-one believed (especially when it was revealed the shop he claimed to have got it from didn’t exist)? Why? The fact that he might not like pasties wasn’t an issue, it was that people felt he was introducing a stupid fucking policy.

Kanye West has revealed that he was discriminated against in the fashion industry for not being gay. Or for being Kanye West. One or the other,

Busted reforming is awful. I just wanted to say that. Having said that, the reunion of DJ Jazzy Jeff and The Fresh Prince made me surprisingly giddy, on some uber-hipster, ironic level.