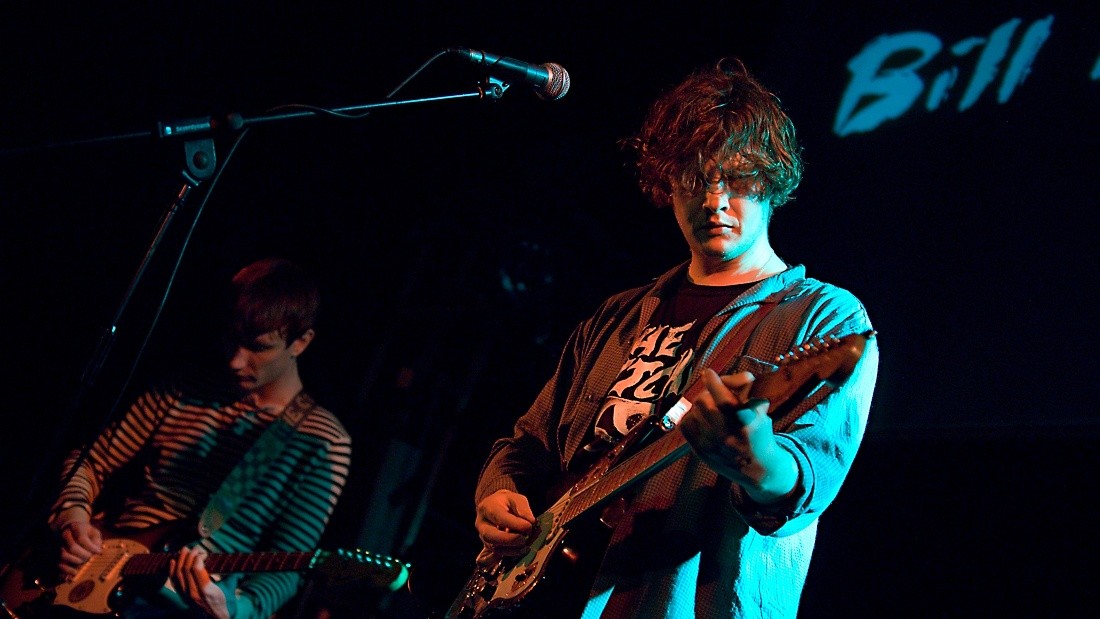 Igniting the evening’s fuse are Jo Mary, a five-piece from West Kirby who take leaves from blues and rock and roll handbooks for a modest set despite the band’s musical prowess. Their set grumbles and pounds into life with raw guitar and booming toms, turning heads towards the quintet before they almost instantaneously screech to a halt, only to then wash over us with a mellow jam in true Allah Las fashion.

Tambourine scuttles throughout, matching the intuitive, skilful flare of their drummer who certainly knows his way round the kit, formulating killer fills and dictating the band’s tempo with neat interplays between timings.

After an admirable nod to The Brian Jonestown Massacre with a cover of No Come Down early on, their set then transpires into a more original sound; piano becomes more prominent after loitering somewhat unheard in their opening tracks and makes for a darker affair, laden with bluesy chords and solos that howl and bend poetically and freely.

The number of bobbing heads has doubled as Liam Power bobs on stage voicing an ‘Iyah, we’re By The Sea’ prior to a homecoming gig that’s ‘been a long time coming’.

Sparkling melodically from the off, it’s clear that this band really come into their own during live performances. Their records are dwarfed by their set that glows at the heart of the evening, visions of Morrissey and Jarvis Cocker flicker to mind as their majestic set progresses.

Heaven Knows Magnolia takes the crown of the set; soaring in typical euphoric fashion before descending down a darker path. An electronic loop creeps out of nowhere, echoing The Horrors’ Sea Within A Sea, Power’s vocals like prudently placed baritone brush strokes amongst the elegant composition.

Despite Bill Ryder-Jones’ imminent appearance, the set’s finale is as unwelcome as a six o’clock wake up call on a Sunday. The band’s glistening performance has roared by in an instant and we’re all left craving more. By far the tightest set of the evening, not a single note out of place; they don’t quite steal Bill’s thunder, but they provide the highest of waves for him to ride upon.

Bubbling with predominantly Scouse anticipation, a committed fan struggles through the crowd on crutches, closely followed by a certain Leighton Baines just in time for Bill and co. to slouch on stage.

A simple,’G’wed’ makes its way through a tangled fringe to a crowd that struggles to contain its excitement, Ryder-Jones is as nonchalant as ever; ‘needless to say, I have bounced back’ he remarks, pointing at his banner overhead. A Bad Wind eases us in gently, Catherine and Huskisson follows marking the first full fledged track of the night, a brief sketch of a common theme of domesticated love.

Ryder-Jones takes a moment to point out Titch, ‘this lad ‘ere taught me how to take drugs’, so we all have Titch to thank for the magic; nice one Titch.

A new song newer than the new album, Liam Said It Better recalls masters of chill Real Estate, a precise, elevating riff resounding throughout followed by the heartfelt belter of a track that is Wild Roses. Fittingly dedicated to the Paris terror attacks and ‘everywhere something bad has happened’, it’s the shiniest of coins among a polished handful.

A slow burning trio ensues as Bill is left alone, allowed to preach in his mesmeric, down to earth manner, ‘Put it down before you break it’ sparks a murmured sing-along but we can’t help but drift away amid the wisdom and charm.

Two Singles To Birkenhead serves as the perfect chaser up to a pensive intermission, lounging on the same sofa as 90’s legends Pavement, earning the biggest crowd reaction and rightfully so, it’s an exemplary slacker jam. Satellites marks another unwelcome finale and it’s incredible how tracks from an album that has been on sale a mere two weeks already boast epic and anthem status among his set.

Bill Ryder-Jones has indeed bounced back, with immediacy and determination that not only marks the beginning of a new era musically for him and his band, but a new era of explosive success.

Bill makes a Merseyside return on Thursday, March 10 at The Arts Club and it’s not to be missed. 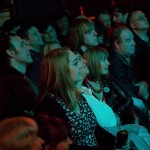 The audience at District 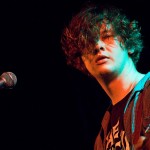 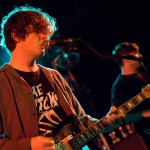 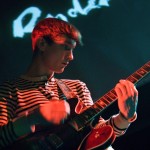 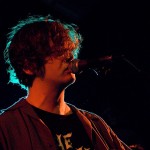 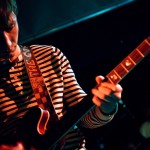 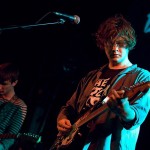 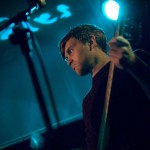 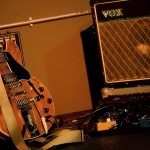 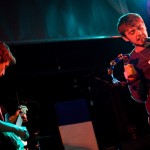 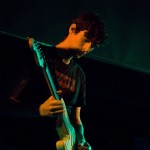 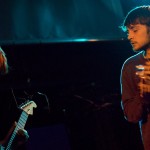 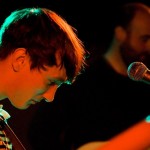 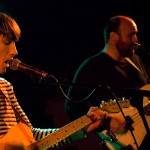 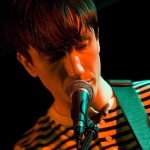 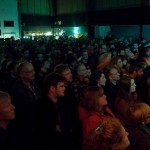 The crowd in District for Bill Ryder-Jones 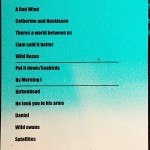