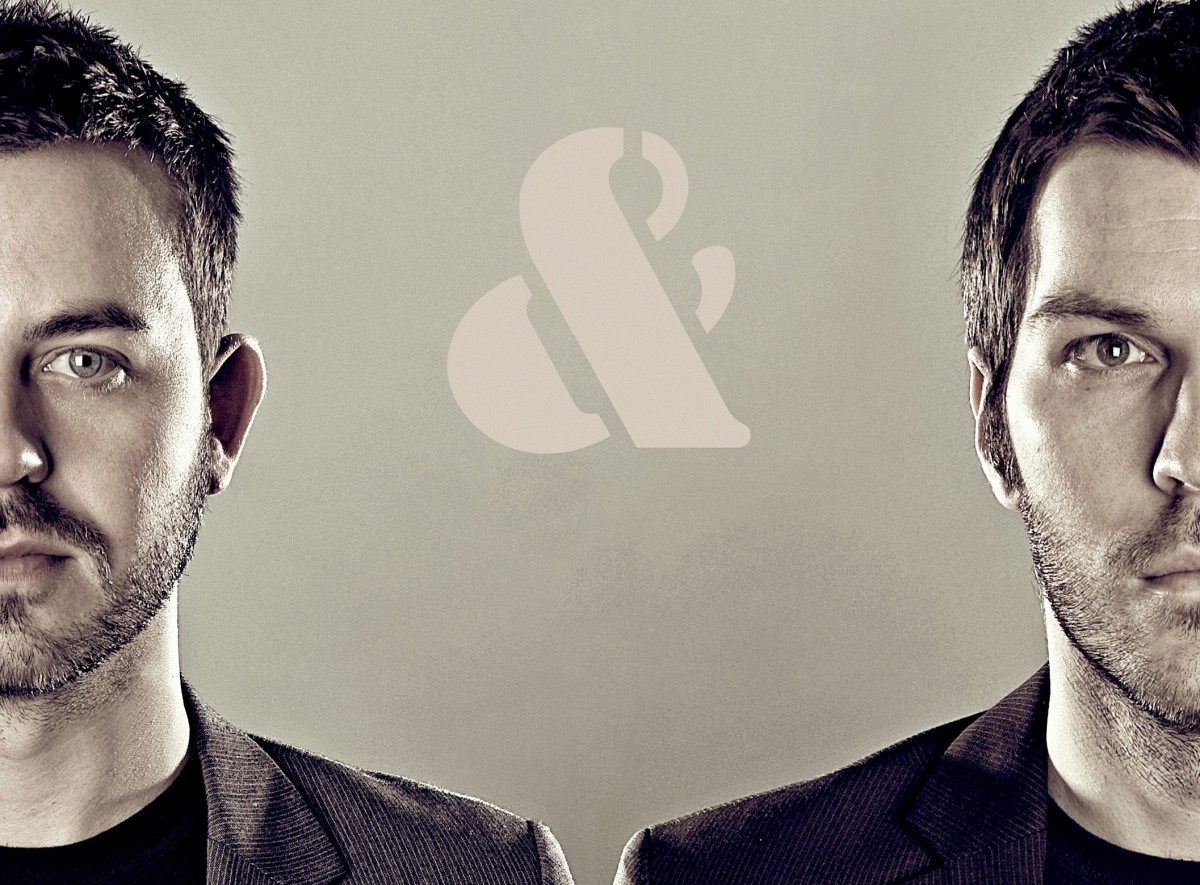 Simon and Brian from the Sodajerker On Songwriting podcast

Liverpool’s own Sodajerker On Songwriting podcast features chats with some of the best songwriters around, hoping to glean what it is that makes them tick, Getintothis’ James Sullivan speaks to the men behind the microphones.

One of the great joys of podcasts is the platform they provide for fans of any niche subject you might care to mention. Enjoy football stats? Well, fill your boots! Curious about the inner workings of the film industry? Take your pick! Want to hear two people discuss the merits and pitfalls of various zombie-killing techniques? Again, there’s plenty out there for you.

One area which is somehow curiously underrepresented is music. Copyright issues abound when you’re putting full songs on podcasts, but then how can you have a music podcast without music?

In the last five years, Sodajerker On Songwriting has become a quiet institution for anyone who’s ever picked up a guitar or plinked on a piano, looked up at their Highway 61 poster, taken a deep breath and indulged in that weirdly egotistical, self-loathingly pure activity of ‘trying to write a song’. The formula couldn’t be simpler: two alarmingly affable music fans and songwriters from Liverpool, Simon Barber and Brian O’Connor, have an extended conversation for an hour or so with a different songwriter each episode. They seek out tips on how to write, woven around stories of how their guest came up with some of their own songs. The list of writers who have appeared on the show is astonishing. Episode One was Billy Steinberg, then Todd Rundgren, Andy Partridge, Mike Stoller, Johnny Marr, Van Dyke Parks, Miranda Cooper, Stuart Murdoch, Glenn Tillbrook and Chris Difford (separately)…a veritable hall of fame.

So how do two blokes in a Liverpool attic studio attract these icons into chatting so candidly about their songs? What’s the secret?

“Not to be flip about it, but it’s a simple case of ‘you don’t ask, you don’t get’,” says Brian. “When we came up with the idea, we drew up a wishlist and just set about contacting everyone on it, usually via publicists or management, but sometimes speaking with the artists directly.”

Starting in the summer of 2011, the two old school friends (St Francis Xavier’s College, in case you were wondering) had been writing and recording songs for two decades. The songwriting partnership of Sodajerker was formed from the remnants of their old band Santa Carla.

Brian explains: “The idea behind Sodajerker was that it would be a vehicle for our songwriting and we’d write songs for other people as well as film and TV. However, when the podcast came along, we became so busy with it that it has eaten into the time we’d usually devote to songwriting, which is something of a bitter irony!”

“We wanted to share more of ourselves with people who liked what we were doing”, Simon continues. “We hit on the idea of some kind of podcast, and, as we were big fans of the long-form interview format of things like WTF with Marc Maron and The Nerdist, we took that as our model, but with successful songwriters as the focus.” 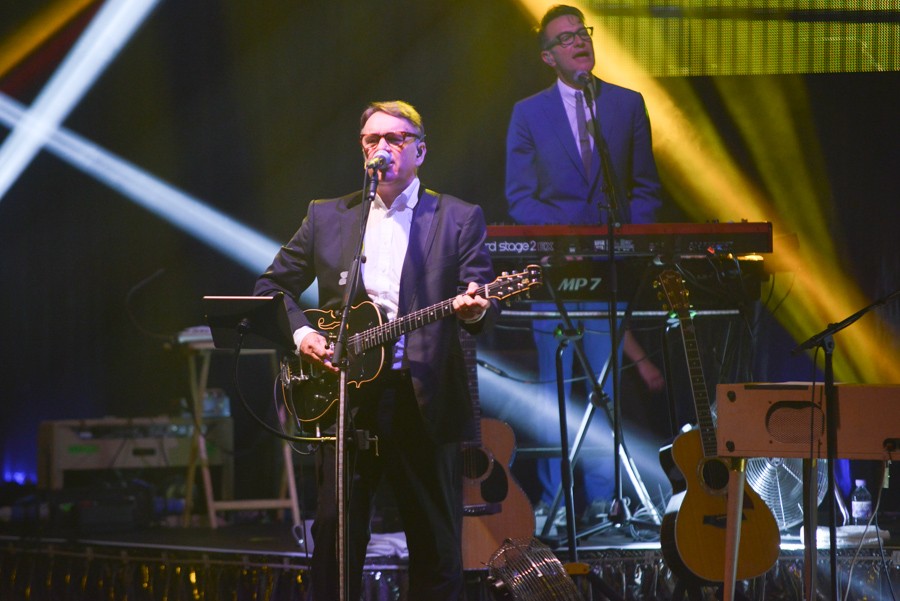 The interviews themselves are not really interviews, they’re more like recorded conversations, albeit with the two hosts driving things along. And therein lies the secret weapon of the podcast. Often the guests begin slightly wearily, ready to answer well-trodden questions about their new record, or recycle quotes about old hits. It usually takes about two questions for them to be completely disarmed. The depth of Simon and Brian’s musical knowledge, curiosity and charm turns things on a dime and the guest almost immediately ceases to be a famous singer/songwriter, and reverts to being a music fan, leading to an easy, open and insightful conversation about a subject that all three voices are passionate about: how music is made.

“I’m glad you pointed out how we’re able to win guests over; we sort of pride ourselves on that!”, Brian agrees when Getintothis mentions a recent example of Gilbert O’Sullivan, who flips from wary to frothing with enthusiasm over the course of their chat. “Gilbert might be the best example, but there have been quite a few instances of it over the years, and it’s always very satisfying!”

Of course, there are some guests who just lend themselves more naturally to being interviewed. Ron Sexsmith couldn’t be more casually engaging when describing how his days as a courier have resulted in him taking long walks and coming up with ideas away from an instrument. Andy Partridge is equally engaged and practically bubbling with excitement as he tries to describe his writing process, picking up his guitar at various points to illustrate his points.

Simon expands on Swindon’s finest export: “Possibly the funniest line we’ve ever heard was Andy Partridge comparing co-writing with a mediocre partner to being a professional footballer and trying to score a goal with ‘this cretin strapped to your leg!’”

“Sondre Lerche’s ‘the verse is a promise the chorus has to keep’ was another fantastic line,” remembers Brian. “One that often springs to my mind is Mike Batt’s comment about how, when his daughter was little and couldn’t think of anything to draw, he’d tell her to ‘just make a mark on the paper’. Just the process of doing that can kickstart the imagination. It’s a great piece of advice for anyone suffering from writer’s block. Oh and I also liked Graham Gouldman’s comment that, when a collaboration between two people really works, it’s like it ‘creates a third writer in the room’.”

Simon adds more wisdom gleaned from their conversations: “Tom Robinson told us you have to be unafraid to write shit songs in order to eventually get to the good stuff, and we’ve found that to be a very freeing mindset. Not everything has to be perfect, just write something and finish it, and move on, keep the muscle working. All the while you’re still honing your craft. Barry Mann and Cynthia Weil called those their ‘slump songs’.”

The two are planning a book incorporating the interviews they’ve conducted so far, as well as continuing to write their own songs, no doubt helped along by the insight from their guests. Some of their compositions were recently used on comedy horror film Strippers vs Werewolves (described by Brian as “no masterpiece, but the Netflix and SyFy royalties are not to be sniffed at”). But what have been the themes and tips that keep shining through the eighty-odd interviews recorded so far?

“Lots of people have told us they use the voice memo app on their phone to capture the initial spark of an idea,” says Simon. “As we mentioned on the show recently, it might well be the most useful songwriting tool of the 21st century so far!”

Brian adds: “The idea of remaining ‘vigilant’ is one that comes up quite a bit; that is, having your ears and eyes open to inspiration whenever possible, and wherever it might come from. Noting down interesting words and phrases, snatches of conversation or potential titles. Never throwing a musical fragment away, because it might come in useful later. Writing on an unfamiliar instrument to free you up from familiar patterns and chord progressions is another good one.”

Although the show is a treasure trove of anecdotes and great company, in the tradition of the best radio, there are no plans to move it across to another outlet: “I’m not quite sure our format would work on the radio without a lot of tweaking,” explains Brian. Instead, listeners can look forward to more musical luminaries revealing their secrets, methods and passions.

Who’s next on the wishlist?

“Next up is our chat with the esteemed bassist and composer, Marcus Miller. We recorded that interview just a couple of days ago at the Philharmonic here in Liverpool and we can’t wait to put it out,” says Simon.

As for the future, Brian leaves the door open: “There’s still a long list of people we’d love to speak to. Obviously there are the superstars like McCartney, Stevie Wonder, Billy Joel, Elvis Costello, Springsteen, Dylan, Tom Petty…but they’re incredibly hard to reach. We’re nothing if not tenacious though.”

You can find the full archive of Sodajerker On Songwriting episodes here, which also comes with a specially curated Spotify playlist of their guests’ finest work. Brian, Simon and Getintothis also encourage you all to subscribe to the podcast on iTunes.