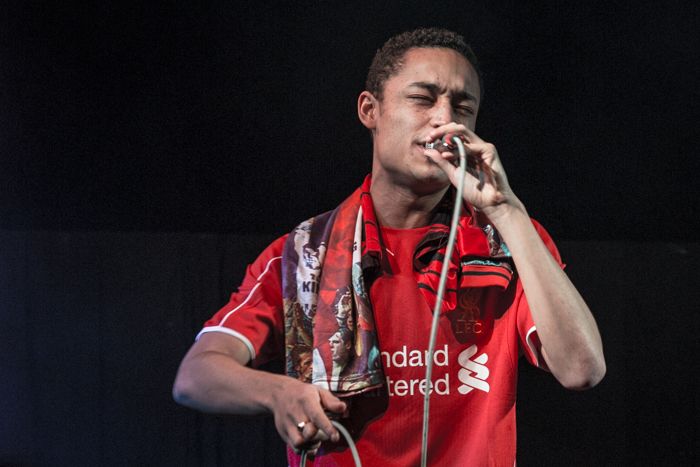 South London’s Benjamin Coyle-Larner, better known as Loyle Carner, is a graduate of the prestigious Brits School and hotly-tipped in the exciting UK rap scene at just twenty-one years of age.

Aiming to build upon a highly successful 2015, which has seen him pick up a BBC Sound of 2016 long list nomination and also the release of his debut EP A Little Late, Loyle Carner returns to Liverpool in February following his Sound City date. Bringing his stripped-back brand of hip-hop to 24 Kitchen Street, Carner is hoping to connect with the Scouse public through his intimately-observed lyrics and classy slow jams.

Liverpool Music 2015: Highs, lows and best of the rest

Having cut his teeth supporting the likes of MF Doom and Joey Bada$$, Carner has lately toured with the Mercury Prize-nominated spoken word artist Kate Tempest and visits Kitchen Street ahead of a sold-out London show which prompted a second capital date.

Less concerned with materialism and more with strong family values in his easy-flowing delivery, Carner employs solid, laid-back beats and jazzy arrangements prominently featuring piano. Hovering above the vinyl click and hiss of sampled brass, his output so far has been diverse from the often-ostentatious hip-hop template, in terms of both words and music.

Check out more music news with our On It section

Support comes from Rebel Kleff, who also produced the smart-looking and humorous video for Loyle Carner’s new single Ain’t Nothing Changed, which has also enjoyed national radio airplay and could mark the breakout of a new star.