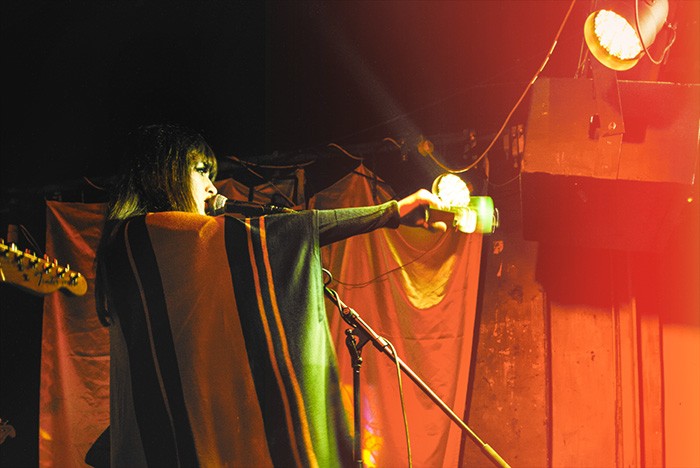 Lengthy silences and line-up changes have only added to Whyte Horses’ mystique, Getintothis’ James Sullivan saddled up for the ride.

There’s something odd going on. Someone or something has rustled these horses. Just over a year ago, whispers abounded of a new band in town. A raggedy bunch of psych-heads with a French connection, conjuring up swirly 60s pop gems, possibly from a cottage in the Italian countryside, possibly from somewhere between Manchester and Liverpool. What were their names? How many of them were there? Is it possible to speak French with a Manc accent?

A gig in February unfurled some of the mystery. The band smartly billed themselves as outsiders. The posters read: ‘Elbow are playing Manchester Apollo, so you should go and watch Whyte Horses at the Soup Kitchen’.

Uniformed in black, wearing dark shades and led by an enigmatic French singer called Julia, they were streamlined and focussed.

An album was imminent. They’d achieved a minor miracle in the modern age: mystery, intrigue and momentum.

A much delayed (and great) album Pop or Not did eventually surface, but there was an absence of either gigs or fanfare. Word had it that there had been lineup changes.

So to a grey Wednesday night in late November at Night and Day. Now signed up with indie label and publisher CRJ Records, they’re finally on the road.

The lineup change rumours were true. Dom Thomas – record collector and label boss at Finders Keepers – remains on guitar and at the helm. Laura Brownhill – former director of the Kazimier – is there too, bobbing behind a glockenspiel and tambourine.

The notable absentee is Julia, with the siren-like Teta Mona instead standing front and centre at the mic; kohl-eyed and sparkle-faced, more swaying and huskier than her predecessor. The glitter and kaleidoscopic lighting emphasises the 60s California side of the band, rather than the occasional Krautrock tendencies of the record.

But after all, a sunnier disposition suits these songs. And so they open with Astrologie Sidérale, a skyward-looking garage gem reminiscent of France Gall or Francoise Hardy.

The Snowfalls, for a long time all people could find of them online, is a heady, Byrds-y jangle, full of verve and hope. So why does this all feel so stilted? 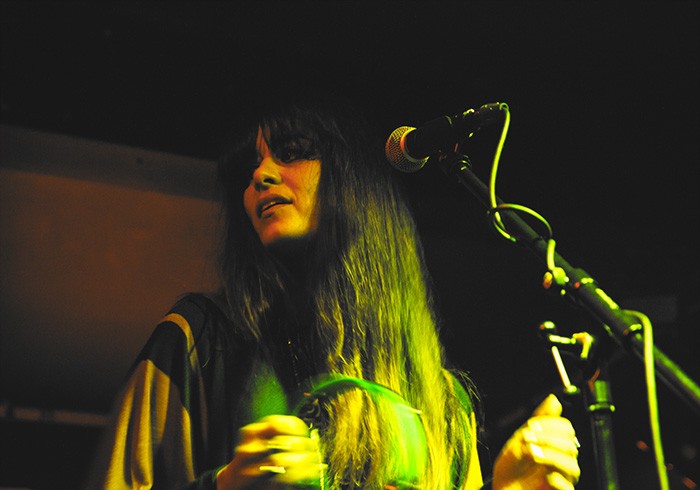 There’s an edge in the air, a sense of nerves and lack of ease from the stage. But instead of levelling out it becomes infectious: the crowd seems restless and expectant, waiting for everything to slot into place. The band are admittedly ramshackle, but that shouldn’t matter.

Great songs keep on coming regardless, although with the huge caveat that they’re only great if you already know them. Otherwise, the whole thing is just, well, a bit awkward. She Owns the World remains serene, La Couleur Originelle is a groovy, soul-flecked take on Os Mutantes.

And those songs are, ultimately, what saves the night. They play for half an hour or so but most of the band seem so ill at ease, or nervous, or just not having a good day, you feel they would have preferred to play less. Maybe the change in personnel will take a while to bed in. Maybe it’s too soon to tell. Whatever it is, things just don’t seem ready and it’s quite uncomfortable to witness. Considering how fully formed they were almost a year ago, that has to be a backward step.

It probably doesn’t really matter. After all, we’ll always have the record, right? Except we won’t, because it doesn’t seem to be available any more: physically or digitally. Uber-limited run? Pulled from the shelves? Who knows with this band. It should be that this type of mystery is refreshing in a band in 2015. But the nagging worry is that as time goes by and the less shrouded in mystique the band become, the more the wheels fall off. 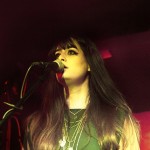 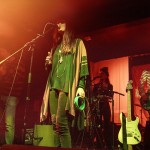 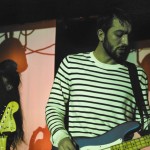 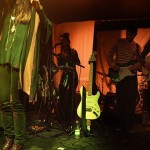 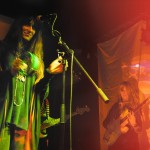 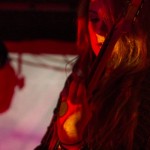 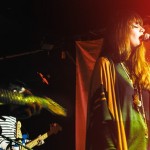 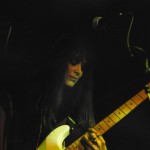 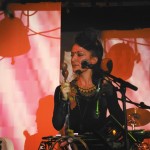 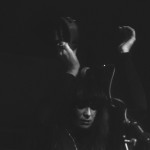