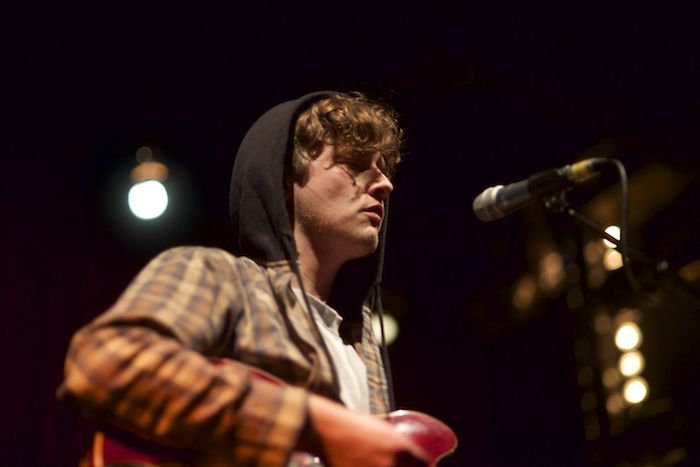 Ahead of the next Sofar Sounds event at the end of this month, Getintothis’ Cath Bore reveals one of Liverpool’s best kept secrets.

Gigs so secret that you don’t know who is playing until you turn up, the address hush hush and revealed 24 hours before the show, no sooner. That’s Sofar Sounds Liverpool, intimate shows in living rooms and other private corners around the city centre, showcasing new and established acts such as Natalie McCool, Bill Ryder-Jones, sweet soul singer Jalen N’Gonda and the heartbreakingly young and brilliant Charlie Airey.

The first Sofar Sounds Liverpool show we went to was in June last year, held in a student flat. The windows were thrown wide open, letting in the warm bustling sounds of city living, the Anglican Cathedral within spitting distance, its bells chiming solemnly. Two seagulls started shagging noisily on the roof above our heads (city loving, in their case). Whether the bells outside or the acoustic guitars within the flat stirred the gull’s ardour, we’ll never know; a soundtrack to the city, indeed.

We’ve been monthly to Sofar ever since, and each event has been special. The mystery about who will perform is like getting a wrapped present and not knowing what lovely thing hides inside. Each artist plays a handful of songs to an audience of 40 people or so. We’ve been to many live music shows, hundreds of the things, and Sofar audiences are the most respectful by far.

No jangling and jawing at the bar (BYOB puts paid to that, in any case). Everyone shuts up and listens, pin drop silence as the music flows out. It’s like magic, and it’s delicious. The seagull copulation never happened again since that first time, too chilly outdoors for that sort of thing once Autumn and Winter arrived, maybe. Or perhaps they’ve learned to respect the tunes too.

The next Sofar Liverpool show is on January 23.

If you’d like to apply to attend – or appear in the future or put on gigs yourself – go to the website.