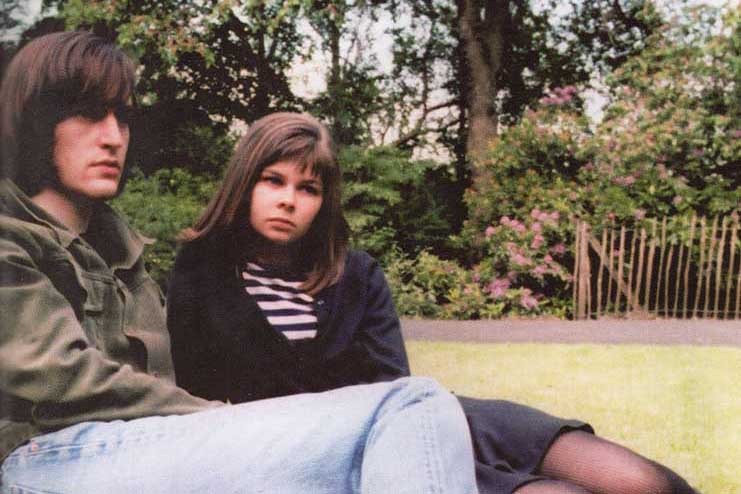 Ahead of Neu! Reekie! at Leaf later this month, Getintothis’ Cath Bore catches up with The Vaselines’ Eugene Kelly and looks ahead to the Scots arts collective’s first venture south of the border.

An unashamedly ambitious band, Nirvana’s diamond and multi-platinum selling records hung comfortably on the walls of Geffen head office during their time together. It was what Kurt Cobain wanted all along, for his band to be massive. He never hid his ambitions, and Cobain used Nirvana’s position to loudly and frequently cheerlead the proudly independent. K Records from Washington – lovers of the tape cassette format – benefited from his patronage, as did Eugene Kelly and Frances McKee, namely Scottish indie group The Vaselines.

The Vaselines, they of smutty clever pop songs that never bothered the charts or engaged the imagination of many, and who split up back in 1989 shortly after their first album came out. The Vaselines would have remained in pop obscurity had Cobain not been enamoured by their lo-fi charm and declared Kelly and McKee “my favourite songwriters in the whole world”, and decided the rest of the world should love them too.

It’s no wonder then, that Eugene Kelly – who plays Leaf on Bold Street at the end of the month – sees Nirvana covering the group’s Molly’s Lips and Son of a Gun (heard on the Incesticide compilation) and Jesus Doesn’t Want Me for a Sunbeam during their 1993 MTV Unplugged, as “a blessing. They gave us an opportunity to be able to make music for the last twenty years”, he reflects.

The Vaselines reformed briefly to support Nirvana in 1990 but McGee had her own solo career and Kelly formed a new group, Captain America. Captain America toured with Nirvana, did well, then promptly got into trouble with Marvel Comics for breach of copyright. I suggest to Eugene that the band’s next name of Eugenius is either the finest of all time or the worst, I can’t quite decide. “I don’t like that name these days. It failed the taxi driver test – If you have to repeat it, it fails”, he reckons. “No one could pronounce or spell it. People thought I was on an ego trip when it was the opposite.”

One of his regrets, maybe. Does he have many of those?

“Not enough ink to write them.”

Sub Pop released The Vaselines’ back catalogue twice, via the compilation The Way of The Vaselines and later, Enter The Vaselines. The duo have reformed permanently in more recent times, and two albums of new material have come out, Sex With An X (Kelly and McGee were in a relationship during the first, umm, thrust of The Vaselines) and V For Vaselines. They continue to tour. ‘We’re up for playing anywhere we can,’ Eugene says.

The Bag I’m In is a new book documenting youth culture and fashion from 1960 to 1990 compiled by Sam Knee (the chapter on Bowie Kids is poignant and touching, in light of David Bowie’s death last week). The photograph in the book of Eugene and Frances in 1987 Glasgow sunshine, taken by Stephen McRobbie from The Pastels is so very evocative of the time,

“It’s great that Sam Knee is documenting that era. It’s a forgotten part of the 1980s. People might remember that time as being all about Live Aid/Duran Duran/Culture Club but there was a few other things going on under the noses of the mainstream media. It broke through a few times with The Cure, Jesus and Mary Chain and The Smiths but there was a vibrant sub culture of fanzines, music and fashion that sowed the seeds for 1990’s indie rock and alternative rock.”

Knee’s 2013 book A Scene In Between: Tripping through the Fashions of UK Indie Music 1980-1988 is well worth a look for fans of that era too.

Eugene Kelly’s appearance in Liverpool next week is part of The FIRST AND LAST put together by Triassic Tusk, The Skinny Magazine and Neu! Reekie! The Vaselines played Liverpool’s Static Gallery in 2011, but Eugene has friends in the city and visited since. The subject shifts to his much admired solo album Man Alive and whether we can expect to hear some songs from it during his forthcoming performance at Leaf:

“I’ll probably play what works which is some old and some unrecorded songs on acoustic and harmonica. I usually decide on the night what I feel like playing.”

Do audiences expect him to perform the Vaselines‘ songs made famous by Nirvana?

“I don’t play solo very often. I never know what they expect to hear. Sometimes I’ll play a Vaselines’ song but I prefer to play my own songs when I play live. I have plenty other opportunities to play Vaselines songs. You just hope that people know there’s more to you than three Vaselines songs and are interested in hearing something new.”

The Neu! Reekie! event in Liverpool features musicians, poets and spoken word artists from Scotland and Merseyside. Poet and writer Michael Pedersen co-founded Neu! Reekie! in 2010 with Kevin Williamson, best known for founding publishing house Rebel Inc, which launched the career Trainspotting‘s Irvine Welsh. Both Michael and Kevin take to the stage on the night.

“We’ve been churning up and chucking out our unique breed of mixed-arts carnivals for five plus years now, affectionately termed ‘a monthly headfuck of poetry, animation and music fusions’,’ says Michael. ‘Despite nearly 100 shows produced in Scotland and a wily international output (US, Malawi, New Zealand, Japan), Neu! Reekie! have never ventured south of the border – Liverpool was a unanimous first choice among the cadre at the top here. In part to do with all the culture and music pulsing in the City, a plot punching out on an intentional level. Then part due to a close allegiance with Bill Ryder-Jones – who’s not only performed for us many many times but continues to recommend Liverpool acts and remains a dear pal.”

Share. Twitter Facebook Google+ Pinterest LinkedIn Tumblr Email
Previous ArticleCosmic Slop #48: Bowie and Winehouse – legendary dead people to dominate BRIT Awards
Next Article Coming up swinging: The rise of Mersey Swing and why you should be a part of it