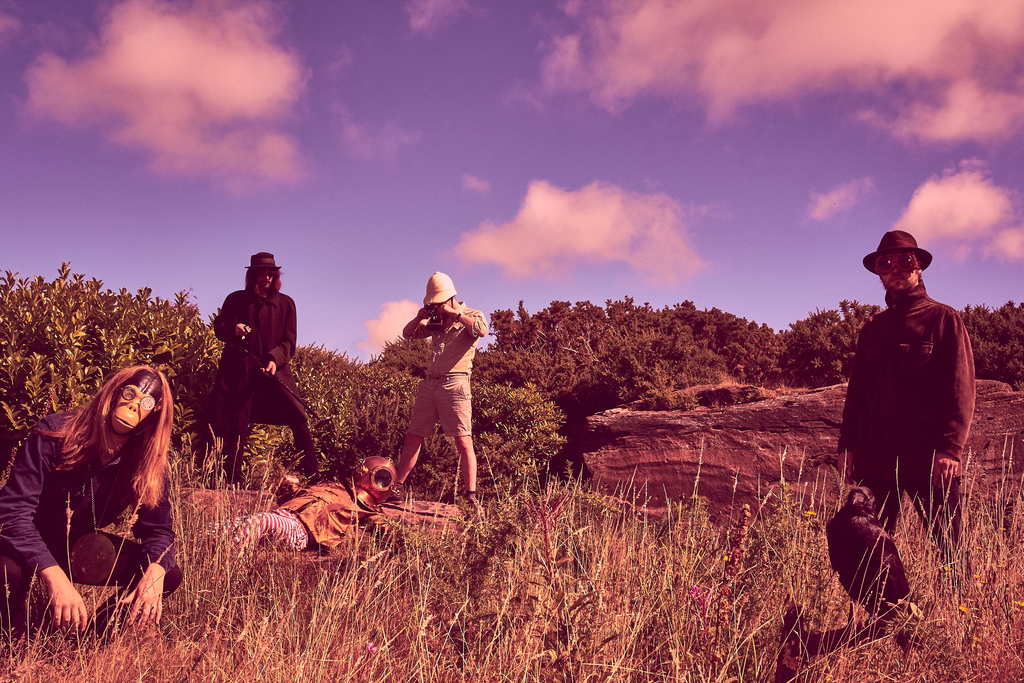 With the release of long-awaited comeback album Distance Inbetween just a week away, The Coral have debuted new track It’s You from the album live in session, Getintothis’ Patrick Clarke takes a listen.

The Coral unveiled the latest taste of their comeback album Distance In Between in a live session with BBC Merseyside Introducing program, with the band’s James Skelly and Paul Molloy performing It’s You live in session. You can listen to the session here via the BBC, starting at 1.17.

“Nick had an instrumental demo that he sent me on the computer that had an idea for how it should be.” said Skelly of the new track. “I played the rhythm on the guitar and we wrote the words together. We took it to the band and everyone played their parts. I think we played it about three times then recorded it, and everyone’s parts stayed the same.”.

He went on to speak about the decision to work with Clean Cut Kid producer Richard Turvey, saying: “We wanted to try to co-produce it with someone who’s younger and hungrier, because me and him had produced stuff it was natural and already there. He is quality, I think he’s got a big future.”

The album is also to be dedicated to the late Alan Wills, who passed away in 2014 following a cycling accident, and who as Deltasonic records founder is credited with helping launch the careers of The Coral, The Zutons and more. Skelly said during the session: “He was our mentor, and he would have been involved if he was here. He was always involved. It was the right thing to do. He was one of my best friends, I’m not past that level of thinking about it.”

‘It sounds like we’ve gone through Event Horizon’: The Coral tell Getintothis’ Patrick Clarke all about the new album, tour, and the end of their hiatus

The band also recently announced a unique ‘Tape Amnesty’ scheme around the release of the new album. Fans can send the band their ‘dodgy DIY tapes with dubious track lists’, and the band have promised to record their new album over them. Only 50 will be selected, and never re-sold. Tapes can be sent to Coral, PO Box 29479, NW1 6GG

The pair also performed an acoustic version of  Miss Fortune, which appeared as the second single cut from the record last month.  The track showcases the band’s driven, overtly psychedelic leanings on the new album and its accompanying video, which you can view below.

It follows the ominous rumblings of December’s Chasing The Tail of A Dream, their comeback track after a 6 year hiatus, with the band also announcing a European tour and headline slot at next year’s Sound City.