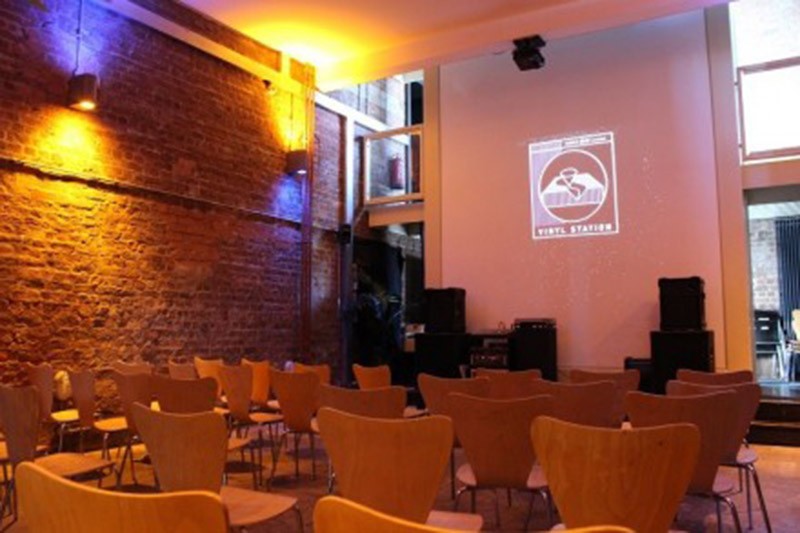 Down at Edge Hill railway station Getintothis’ Del Pike joined those paying tribute to David Bowie in perhaps the most fitting way.

After three weeks of intense national mourning for David Bowie, there can only be one way now to pay our respects without becoming cloying and repeating what so many others have said, and that is to simply listen to his music.

Metal, based at Edge Hill railway station, in collaboration with our friends at Bido Lito! have been running Vinyl Station events now for just over a year, presenting brand new albums to fresh ears for the first time and allowing the audience to respond in a communal forum, almost a sonic  book club if you like. This month’s session has taken a sideways step by presenting an album that many in the room (but not all) are already familiar with, Bowie’s chilling swansong Blackstar.

Metal is a perfect venue for this as the space is fairly neutral, rows of straight back chairs facing a screen, bare bar the projected slide of the Vinyl Station logo. It’s a packed house with some listeners lingering in the doorway.  It is an unsurprisingly respectful audience tonight who have come to hear this last great work from a rare genius, heard as it was intended. Host, Bernie Connor is as affable as ever and starts the event with an honest admission that he has not heard the album until now, saving himself for the evening.

The joy of hearing needle hit groove never fades, particularly in this otherwise silent room. A few crackles and we’re away into Bowie’s epic opening track, Blackstar. As an opener, particularly on this night, a cold, dark, rainy bluster of an evening, the track seems to have a chillier more dramatic feel than on previous listens. As it swells and Bowie’s bellows fill the room, most of us have slipped into an almost meditative state. Just on ten minutes of wonder and we are in Bowie’s world.

The breathing that punctuates the title track with the witty Tis’ A Pity She Was A Whore, reminds us of Bowie’s great physical presence and we are not simply listening to his songs, but spending time with him, sharing precious moments. The album becomes a living, breathing thing and transcends previous works to some extent. That the album is now seen as a part of his mortal plan, gives it an ethereal quality that is difficult to find in other works.

Find out about another unmissable Bowie event in Liverpool

The inevitable Lazarus makes its appearance, a song that will be synonymous with Bowie’s passing for years to come, for those of us who were there. There’s not a lot left to say about the song itself as it has already been dissected beyond recognition. A mixture of a narrative taken from Bowie’s Broadway production, based on Newton from The Man Who Fell To Earth, and Bowie’s goodbye note, the only new point that struck me on this hearing is the “Everybody knows me now” line. This line has gained meaning over the last few weeks, as the youth of the world who have somehow managed to avoid his legacy, now have no excuse to at least put a name to his face. This really was a long term plan.

Bernie duly flips the disc and side two seems relatively short in comparison, four short tracks that feel more like a separate suite in the context of vinyl, breaking the run, an effect which is somehow lost via CD or download.

Sue (Or In A Season Of A Crime), the original cut already familiar from the Nothing Has Changed compilation from 2014 has been jazzed up for Blackstar and feels light compared to the heavy nature of the title track and Lazarus. Girl Loves Me sends the room into darkness once more with its sinister mix of Palare phrasing and Nadsat language taken from Anthony Burgess’s A Clockwork Orange recalling Bowie’s previous dalliances with Brecht and Orwell. The pounding robotic march rouses the room as knees start to move in rhythm. The chorus (of sorts) “Where the fuck did Monday go?” feels strange and new from Bowie who generally refrains from swearing, but as one audience member points out later “this will one day become a household phrase”.

The night was always going to have those tearful moments and Dollar Days has resonance. Bowie’s defiance of how never seeing  “English evergreens” means nothing to him and his repeating phrasing of “dying to” are difficult to swallow. Maybe we’re looking too hard for clues. The final track, I Can’t Give Everything Away comes too soon and its mournful lyrics are played against a harmonica reminiscent of A New Career In A New Town and its melody sounds like a more soulful version of Outside’s I’m Deranged.  Then it’s over.

We applaud and discuss. It would be far too prying to retell here what individuals shared in the forum, but it’s fair to say that most of us were moved, breath was taken, tears may have been shed, and respect was paid. This wasn’t an opportunity to review the album as such but a chance to allow jaws to drop in awe of a record as fresh and ground-breaking as Ziggy, Low or Heroes would have been in their time. Not so much an album by a dying man but a piece of art by an artist who was still at a creative peak.

Next month Vinyl Station returns to its role of introducing new music, but for tonight this was a very appropriate event. Not overly sad, more celebratory and we are grateful that the organisers made the decision to pay tribute in this way. As the argument of Vinyl versus CD dissolves into chaos we venture once more onto the platform and wet cobbles of a dank winter’s night and gaze up at the stars. You know the rest.

Vinyl Station is held the second Monday of every month at Metal, Edge Hilll Station, check out their Facebook page for details of upcoming events. 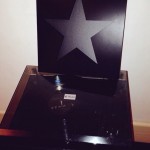 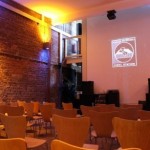 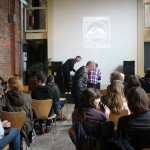