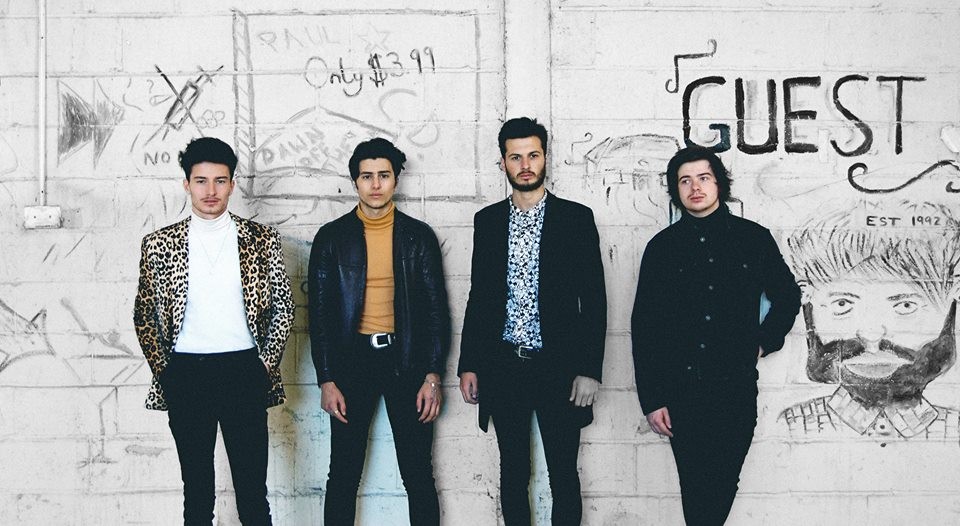 Taking a look at a trio of its latest talent, Getintothis’ Craig MacDonald celebrates the advance of the North West.

There are few places that can compare to the seemingly never ending wealth of talent, that continues to rise from the North West of England. With the region being seen by some, as clinging on to its past under a cloud of nostalgic mundane, blandness, the fog has began to clear from their blurred vision as they finally realise what we have known for some time.

From Louis Berry tearing up BT Sports to Clean Cut Kid smashing BBC Radio 1’s Live Lounge, it’s seems everywhere you look you’ll find the sonic presence of the North West. Even though the NME continues to fuck off Liverpool on its annual awards tour, they too have embraced groups that have honed their skills “up north”, with the likes of Blossoms and PINS having become stalwarts in their pages of late.

Read about who is playing where in our Festival Guide here.

With SXSW announcing Banners and We Are Catchers in a swathe of acts for this years shindig, it would seem global domination is next on the agenda for our region. As our Introducing section shows, the conveyor belt of promising acts to come from our neck of the woods is something to truly cherish, with the latest additions being no exception.

Having fully embraced their new surroundings, Liverpool based trio Ladies make magnetising layers of sunny alt-pop that seem effortless at times. On tracks like the joyous Eyes Of The Dodge, there’s a hint of 60’s charm to the band’s snappy tunes. An instant hook laden beat that burrows away at you, until you find yourself tapping along with each ripple and pound, you easily get lost in their rhythm as it twines together under a blend of stirring harmonies.

A rather more vicious affair, is the Warrington five piece Psyblings who throw in equal measures of blues, punk, grunge and psych to create a cauldron of sensual offence. Much like TY Segall, they seem to be able to contain organised chaos into a well worked structure, as demonstrated on the triumphant 24 Hour Glass.

Kicking off with a full scale blast of noise, it slowly lures you into a false sense of security as it plays with softened grunge-fuelled mischief, before repeatedly pounding you in the face with a fistful of filthy garage rock. To see what the fuss is about, catch the group as they make their Liverpool debut in Sound Food & Drink on February 18.

The dynamic quartet Spares are filled with angsty vibrancy, that they cram into their music. Meshing together parts of indie with proto-punk and garage rock, the group ooze with a confidence that they brazenly unleash on tracks like the stomping outing Not Enough.

A resoundingly forceful beat runs through the song, while rampaging, melodic cries of acceptance tediously build into an eruption of violence, similar in a way to that of Catfish & The Bottlemen at times. With such energy in the studio, they truly come to life in the flesh with their live shows being equally as boisterous.