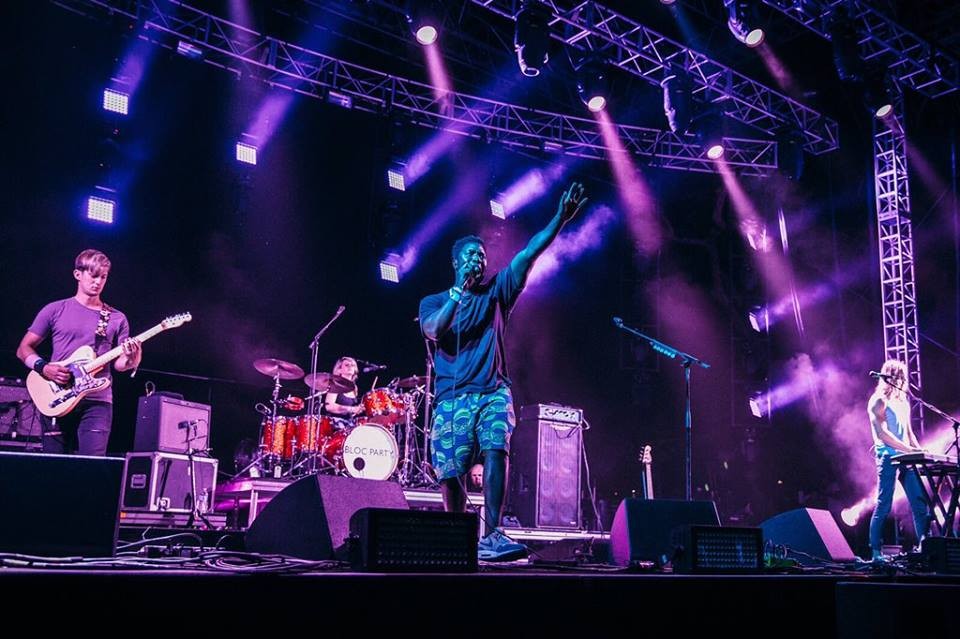 As the annual NME Awards tour bypasses Liverpool yet again, Getintothis’ Jake Marley questions why this is the case and bemoans the absence of female artists from the bill.

For 21 years the NME Awards Tour has kick-started the musical year. 2016 will be no different with the announcement that indie stalwarts Bloc Party will return to the live circuit to headline the latest run of dates come January. They will be joined by alt-rock brothers Drenge, Twitter’s favourite son Rat Boy and breakthrough grime artist Bugzy Malone. The tour will kick off in Cardiff on January 29 ahead of a jaunt through Southampton, Bristol, Nottingham, Newcastle, Glasgow, Manchester, Leeds and Cambridge leading to a penultimate pit-stop at London’s Brixton Academy on February 11 followed by the closing party in Birmingham the following night.

Okay now you’ve been bombarded with all that information, what’s wrong?

Well there’s two things that stick out like sore thumbs instantly. The first being yet another year without a female artist on the bill (and yes I know Bloc Party have a female drummer now but that’s not the point.) There’s been a staggering cold shoulder thrust in the face of female musicians in regards to this particular tour for years now. In fact from the last 36 bands to play the NME Awards Tour only 6 have included female members and you have to go all the way back to 2012 for the last female artist to play the tour in their own right, American rapper, Azalea Banks.

All of this is increasingly frustrating as a music fan more than anything else. There will be those among you who will say don’t book artists based on their gender, book them based on their talent and that is spot on. The point here isn’t to book female artists for the sake of it, more that everyone knows there are plenty more than worthy and suitable female artists who could show both this year’s line-up and ones previous a thing or two.

Lets look at the ignored options in relation to 2016’s tour. Wolf Alice are the obvious one and could easily have subbed for touring buddies Drenge here. After all it’s they who have been nominated for the Mercury. Elsewhere there’s Chvrches and Charli XCX, both standing proud next to critically acclaimed records this year, yet don’t have their names on the poster.

If you’re looking ahead to 2016 didn’t a new Savages song drop recently? Were they not worth a phone call? How about FKA Twigs who just owned the MOBOs? Kate Tempest? Warpaint? The list is truly endless, there’s no excuse anymore, it’s plain ignorance.

That’s only one sore thumb though, the other is the almost annual snub of Liverpool. Yet again, the once musical capital of Britain has clearly flooded and been left 100 feet under the River Mersey’s increasingly clear water. No invite the party, again, but why? There will be Brian Cox‘s amongst you who instantly jump in now frantically thumping your keyboard typing the oh so easy response of “it’s too close to Manchester“.

Well to be quite frank that just doesn’t cut the mustard for me anymore. The reason being NME‘s jaunts in 2013 and 2014 pit-stopped in both Liverpool and Manchester. They’re not the first and almost certainly won’t be the last to ignore Liverpool’s existence when announcing a tour though as several high profile names have given the city the slip in the last 18 months or so in favour of a Manchester date.

The question is, why?

Everyone’s first answer to that one is venue size. However Liverpool is arguably better equipped now than the many times NME has come to town before. If they want an upgrade from the 02 Academy‘s 1,200 capacity then look no further than Mountford Hall, Liverpool Guild of Students, recently refurbished to the tune of £14.5m and now boasting a capacity of 2,300 almost double that of the Academy.

If that is too big there’s The Olympia which recently hosted a sell-out, gig of the year calibre performance from Foals, arguably Liverpool’s most versatile venue capacity wise ranging from 700 to around 1,900. Judging on the rest of the venues the NME tour is visiting come the new year Liverpool is more than stacked when it comes to suitable venues to host Bloc Party and the like.

Take a behind the scenes glimpse at Liverpool’s Olympia venue

There’s been a real hokey-cokey method to the on-off relationship between Liverpool and NME over tour arrangements since 2010. In fact it’s no coincidence that NME‘s tour has only entered Liverpool twice in the last five years and both times featured a Merseyside artist on the bill, 2012’s boasting our very own Miles Kane and 2014 featuring our then breakthrough charges Circa Waves. Hmm.

Surely there’s more to it than that though? After all this is a topic which never seems to go away. It was only this time last year we were talking about NME’s 2015 tour giving us the slip and speculating over the future of our beloved Kazimier – which is now destined for closure in the new year.

Read our review of the 2012 NME Awards tour

Is it just the case that Liverpool’s hardcore music lovers can’t face the fact that the majority of the city doesn’t support live music on the scale of its Manchester rivals? It could be, there are certainly doubts lingering on what seems like a weekly basis these days and, sadly, despite the attempts of many things threaten to get worse rather than better.

Until a significant upturn comes about I think it’s safe to say that unless Hooton Tennis Club or someone of that ilk have a meteoric rise going into 2017, we won’t be getting an NME tour then either. That said, hope can still be held out for a female artist on the line-up, right? Don’t hold your breath.