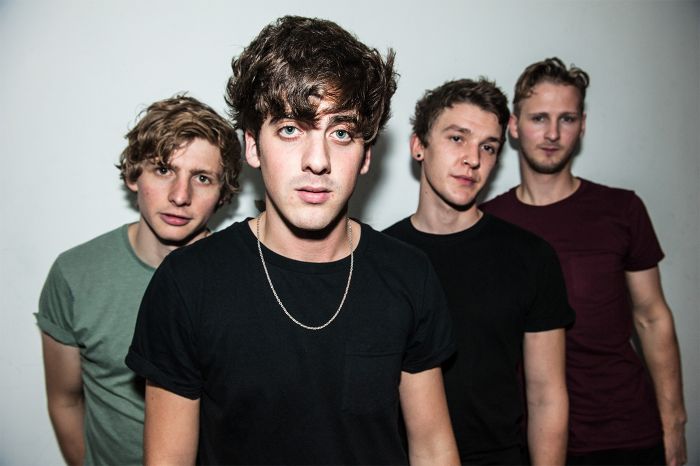 With a string of singles, a previous GIT Award nod behind them and their long-awaited album out next month, Getintothis’ Patrick Clarke chats to Circa Waves’ Kieran Shudall ahead of this year’s main event.

Crisp, clean, yet still perfectly raucous, Circa Waves were always tipped for the top. From the moment a chance Sound City encounter two years ago led to the formation of the band proper, their affably accessible rock-pop aesthetics saw mainstream attention firmly in sight.

The following February the now soon-to-depart Zane Lowe was chomping at the bit to proclaim them “the hottest band in the world” after hearing their early material, and thus the ears of the industry were pricked.

Part of that initial rain of attention came in the form of our own hallowed pages, the foursome taking pride of place amongst last year’s GIT Award nominees just days later, sadly to miss out to the mighty Forest Swords.

“We’re a year older and we’re a young band, so a year is  pretty much the entirety of our career so far” reflects frontman Kieran Shudall looking back on the intervening twelve months, “and we’ve done everything really – we’ve gone from playing to ten people to selling out 900 capacity shows.”

“I wake up most days and wonder what the hell is going on,” said the singer last year when we spoke to him on  their 2014 nod, “It really doesn’t feel real at the moment, and I don’t know if it ever will; more crazy things keep happening. My dream job was to be in a band touring the world and we’re actually doing it. It feels absolutely bonkers.”

A year later however it seems the band are fast settling in to their new stardom, and with the sheer rapidity of their rise having seemingly sunk in Shudall is calmly ambitious about the future.

“I don’t know if we see ourselves as an arena band, but definitely playing venues like Brixton Academy – we could definitely see ourselves  doing that and I think we’d suit those kinds of venues” he says of what’s to come.

“We’ve had a handful of the landmark events that a band does in just a year or so, so we’re a much more fully formed band now” he reflects with composure, “and to be honest it’s a bit of a weird thing but the bigger the show gets the pressure’s off a little bit more, at a smaller show you can see the whites of everyone’s eyes”.

“When you’re playing to 200 people it’s very intimate and personal” he continues. “When you start going up a level, the 800-1000 mark, it becomes a different beast altogether, you’re playing to the whole room as opposed to loads of individuals, which is a good thing and a bad thing. Once you hit that bigger point you don’t get back something that you once had, but that’s an inevitable part of getting bigger.”

And boy are they getting bigger. Among those ‘landmarks’ was a spot on the NME Tour with Interpol just weeks after the Zane Lowe showcase, support slots with the likes of The Libertines and The 1975 and a packed festival season that’s seen capacity rise steadily for their headline shows.

When asked if he’s aspiring to the heights of those aforementioned headliners, the response is an instinctual ‘definitely’. “Now that we’ve had a taste of it – supporting The Libertines, supporting the 1975 and playing those rooms as big as 10,000 people – it’s not as ridiculous or as intimidating as you’d think.”

It seems only natural, then, that this year’s spring tour will see the group hit their dizziest heights yet off their own bat, with dates at the Manchester Ritz and the Shepherd’s Bush Empire bookending a headline slot back where it all began – Liverpool‘s own O2 Academy.

“Our first Liverpool show was at the O2 supporting Interpol on the NME Tour, and I never dreamed we’d be headlining it so soon after” he says, glimmers of the wide-eyed innocence of yesteryear creeping back in. “It’s mad, I can’t wait for it.” 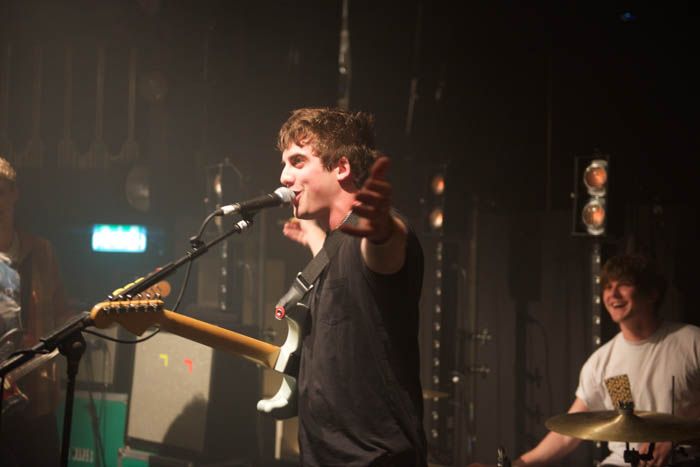 Circa Waves at The Kazimier

It’s not often a band’s first local show is in the city’s then second-biggest space, and the group can be said to have leapfrogged the toil, to an extent. “In Liverpool I suppose we did things an odd way round – the NME Tour was our first show, then we did Sound City which was our second show, so they were both high profile gigs.”

“It was just the way it worked out” Kieran notes on their avoidance of the slog. “It was never our intention to ignore the small shows. We always wanted to do small shows, it was just the way it happened, then on our first proper tour we did the Kazimier which isn’t the biggest venue in Liverpool but it’s certainly not the smallest. It was still a venue that we absolutely love and always wanted to play though.”

With an unblunting string of singles keeping crowds on tenterhooks worldwide, the group were soon raising eyebrows on a wider scale, yet it’s the intensity of a live outing that’s still fuelling the young band’s enthusiasm, and though they’re hitting bigger and bigger heights they’re yet to let go of good old reckless abandon.

“I think we like to play every show as if its our last. It sounds quite cliché but we’ll come off stage physically drained as we’ve put everything into it. We want everyone in the crowd to have as much fun as we do, because we really, genuinely love it, playing live. As long as we all come off stage and feel as if we’ve put everything into it then it’s been a good show.”

The results of riding the hype are beginning to set in then, but there’s no sign of Circa Waves resting on their laurels. Though they might be more relaxed they’ve lost none of their pure passion for their craft.

“My 18-year-old self would be my ideal Circa Waves fan. Someone who absolutely adores guitar music, someone who wants to get in the mosh pit, jump around and get sweaty, and loves buying records and listening to music” Kieran explains. “Someone who will look at an album as not just something you’ll listen to on Spotify for 5 minutes then turn off, but something you can cherish. I’d like our fans to be real music lovers.”

Music lovers they are, both band and fanbase, and the enthusiasm’s rubbed off on one of the most entertaining catalogues from a rising rock ‘n’ roll group going. Winners or not, this second GIT Award nod is just another jewel in ever-more adorned crown for Circa Waves.