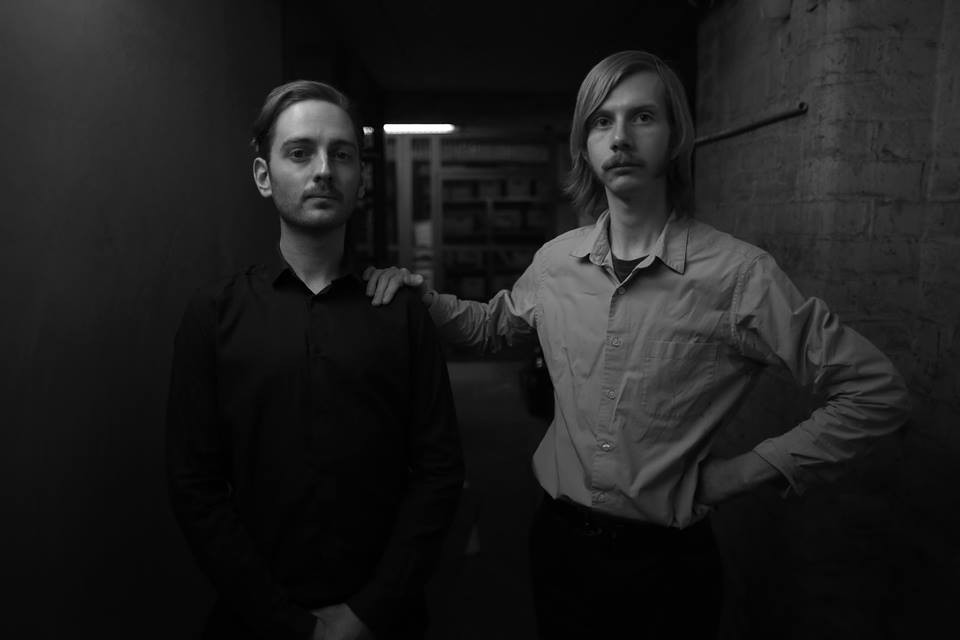 Cavalier Song are a Liverpool band consisting of Daniel Melia, Luke Mawdsley, Jason Dugdale, Mark Greenwood, Matt Ward and Frederick Blezard Walton. They produce sprawling and spacious psych-driven sound sculptures straight from the Berlin School of electronic music. These symphonies are discordant weather patterns sweeping an industrial ruinscape. It is the sound of post-modern minimalism, creating a dramatic monologue of barren dystopian Badlands populated by the ghosts of the lost.

With a new album in the offing, Blezard, out on God Unknown​ records in late February, their music asks as much of the listener as it does of the composers and performers. There is a collaborative element to their compositions that requires we all participate on an emotional and immersive level, requiring a level of decoding. This complicit nature elevates the music to that of the epic poetry of Dante or Milton, revealing huge, sprawling vistas of imagery and sound.

Cavalier Song dismantle established constructs and as with other avant-garde artists such as Can, Neu! and Cluster, they do not conform to any widely held conceptions of pop or rock, experimenting with guitar, bass, synthesizers, noise and non-traditional music forms.

Anode, an exclusive track here for Getintothis, reveals space and expansive chords; cloud-like in its almost intangible ambience, it is built around a slow simple bass line and laid-back jazz guitar. Using focused blasts of intensity throughout, wavering between chaotic spasms of noise and expansive textures, the variance in density ensures constant shifting in tone and mood. This keeps it interesting and challenging.

As with free-form jazz, improvisation is apparent allowing a more organic flow to the tracks thus creating an environment for the immersive and meditative qualities of the music to flourish.

Cavalier Song owe as much to introspection as they do outward reflection, creating a paradox for the listener to unravel. Listen with the lights out and find your neutral space.