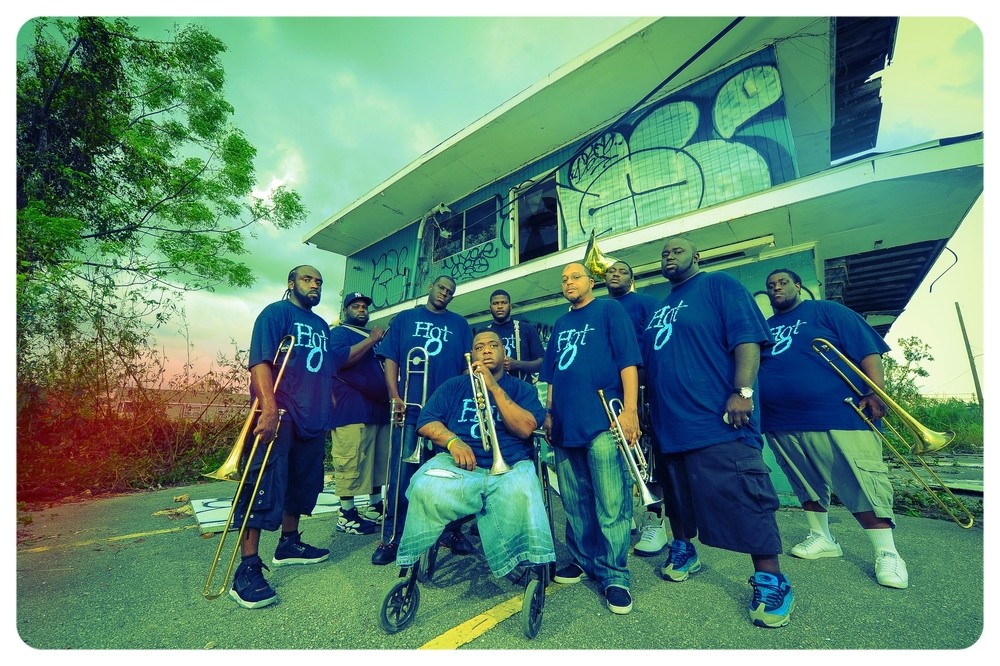 Returning to the city mere months after their last performance, Getintothis’ Shaun Ponsonby gets the lowdown on the Funk & Soul Club’s latest gig.

Funk continues to take centre stage in Liverpool, with a welcome return for the Hot 8 Brass Band with Liverpool Funk & Soul Club.

Returning to the city a matter of months after their last appearance at the Arts Club for a performance we determined “loud, boisterous and truly spectacular” the New Orleans natives will this time be taking to Magnet.

For over two decades, this eight-piece have been tearing stages apart across the globe, throwing  traditional marching music, hip hop, R&B, funk and New Orleans mardis gras into a blender and earning a Grammy nomination in the process.

Are you ready for the elements? Earth Wind & Fire making their way to the Echo Arena this summer!

Showing the city’s cosmic side, two collectives of Liverpool funkateers will be opening the show.

First up, the insanely funky BlowBack Horns. Very similar to Hot 8 Brass Band, the group are largely instrumental but are often joined by rappers and vocalists on stage.

Secondly, Galactic Funk Militia – who this writer can’t help but confess an undying love for. Continuing to shake the foundations of this cosmic nation, GFM are going from strength to strength winning over audiences with each successive gig. This one will likely be no exception.

The Liverpool Funk & Soul Club are proving that The Funk is very much alive in the city, and gigs like this reveal why. Not to be missed.