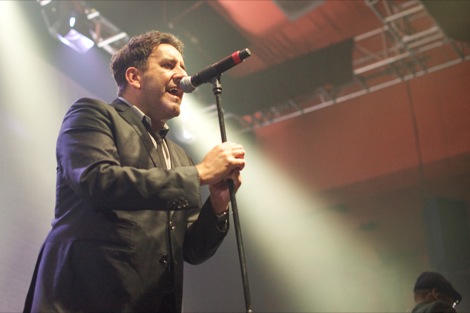 Ahead of their first UK tour in two years, Getintothis’ Will Neville looks forward to the return of The Specials, despite their recent sad loss.

The Specials come to the Olympia on Saturday October 29, a full 35 years after their original spit, with several cities seeing the band for the first time on this tour.

However, they have been regulars in Liverpool since they reformed in 2009, and this will be their third time at the Olympia, most recently stopping off there in May 2013.

Founder members Jerry Dammers and Neville Staple are no longer with the band, but singer Terry Hall, guitarist Lynval Golding and Sir Horace Gentleman on bass remain from the glory days of number one hit singles and Top 10 albums.

This will be their first visit since drummer John Bradbury passed away in December. Terry Hall said on behalf of the band:

“We started working on these dates last October. Everyone was really looking forward to them and then just after Christmas Brad passed away. It was devastating but in our heart of hearts, we know he would want us to continue with the plan he helped to put together”.

If past gigs are anything to go by, a nostalgic treat of a night that will fit perfectly with these new-but-nothing-really-changes times is in store.