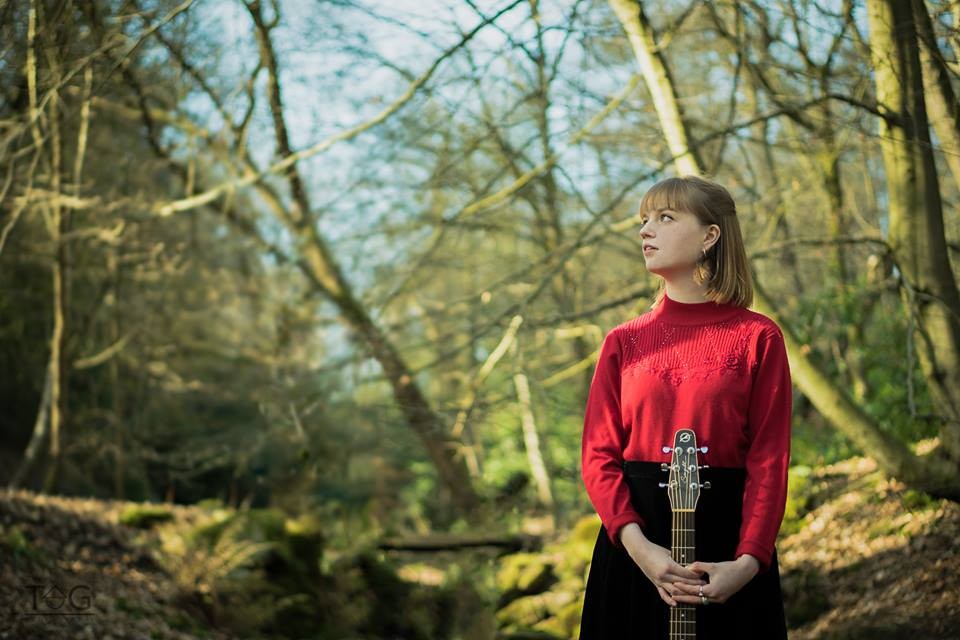 As the sixth annual Threshold Festival prepares to bring the greenest of grassroots to the Baltic Triangle this weekend, Getintothis’ Janaya Pickett picks ten of the best from a bursting line-up.

Threshold Festival, both one of the most underrated delights and the de facto opener of Mersyside’s hectic festival schedule, is a weekend that thrives on the unknown. At every corner of the Baltic Triangle undiscovered quantities lie ready in wait to impress and awe; it makes for one hell of a weekend.

The only problem, then, is how to sift the very finest of new names from a host of still-really-quite-fine others? With such a jam-packed bill of bands and artists filling stages from District to the Lantern Theatre, here’s ten of the best from a grassroots selection to die for. 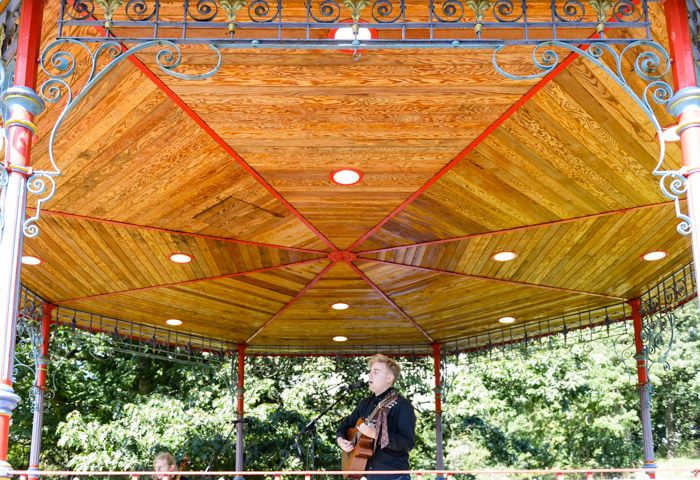 Silent Cities, a.k.a Liverpool-via-Gateshead songwriter Simon Maddison, is a particular gem on the Threshold bill. Experimenting with traditional acoustic sounds, Maddison’s music has much depth. Silent Cities‘ output feels well established and the variation is refreshing.

At a time when you can sometimes think everything that can be done has been, acts like Silent Cities restore faith in the new. Maddison clearly knows his craft and has already been garnished with some exceptional praise in the industry, likened to Jeff Buckley and Bon Iver. Yet, Silent Cities’ sound is still very much its own, soothing and transcendental. We may sound a bit sickly in our admiration, but, ladies and germs, this is the real deal. 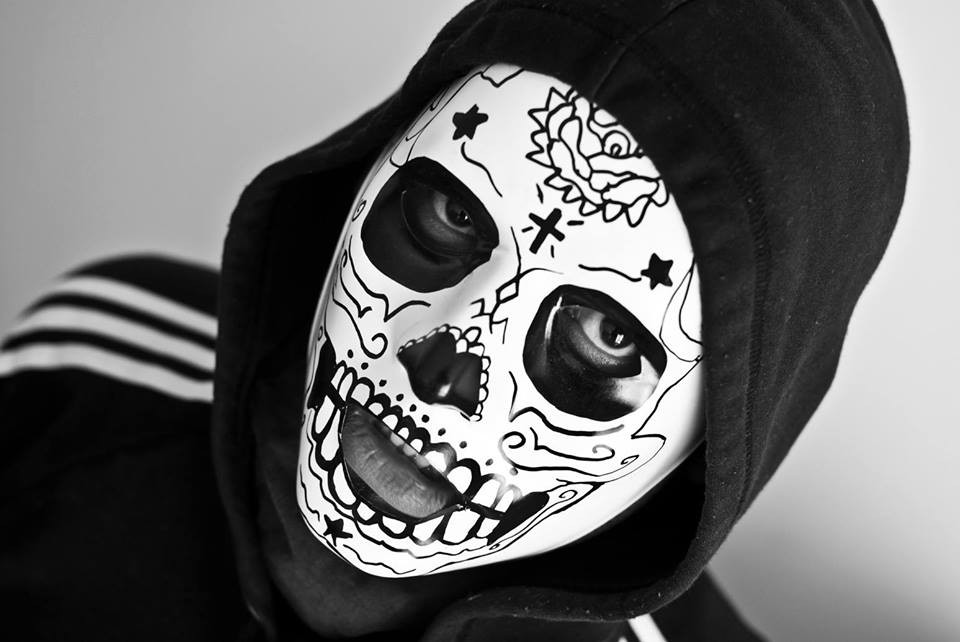 This boisterous Bristolian jazz-punk band have method in their madness – adopting on stage personas to explore heavy subjects through music. Members include The Banker on lyrics and saxophone, War on bass, Peace on the drums and The Media on percussion. Signed to Antipop Records, they’re set to release their first album We’re All The Same on April 8th.The music is fresh, fuzzy and funky, but the message is always confrontational.

The spoken word vocals of The Banker tackle the establishment in true dissodant fashion, held up by some seriously groovy arrangements. Schoolboys Death Trio are one of the most exciting acts we’ve heard in a while with their ability to combine satire, with intelligently constructed and damn fine danceable music. 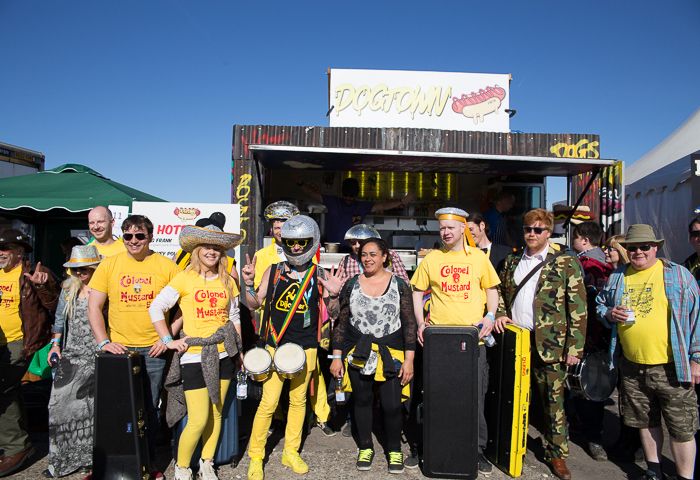 This good time Scottish ensemble place their emphasis on enjoyment and laughter, but don’t let that fool your muso self, this Dadaesque group dabble in every genre under the sun from disco to folk to Lancashire ska. They describe themselves quite rightly when they say ‘imagine Primal Scream and Happy Mondays had children genetically fused with the DNA of Frank Zappa, Bob Marley and Neil Diamond’. Do you see where we’re going here?

It could all sound a bit Get In The Sea, but their reputation for inclusiveness and the untainted positivity of the message we find utterly charming. If you’re looking for a good time to case away those Sunday blues, this may well be it. 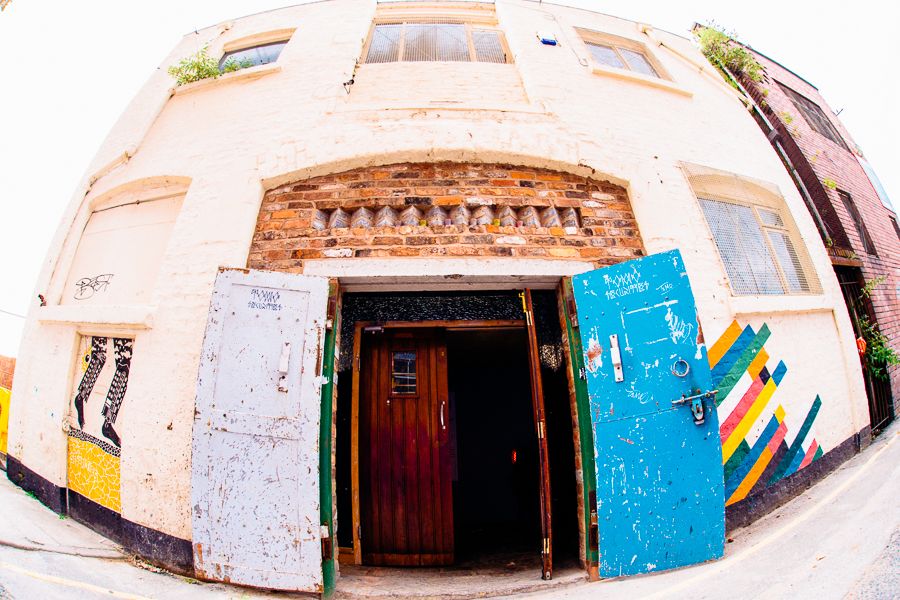 Radio Exotica – Rory Taylor and Benjamin Power are a group, a DJ set, or record curators, piecing together vintage tracks from across the globe to produce sonic time capsules. Mixes have included Latin Bugaloo, Hell Up in Harlem, a tribute to the recent passing of the legendary DJ Derek and our personal favourite Thai Psych – a journey through Luk Thung a musical genre that originated in post-WW2 Thailand.

In this festival it seems only right that Radio Exotica had a spot, as their sets in themselves are like mini presentations or exhibitions in their own right. The music is researched and considered. We can see no better to spend your late night Saturday, after a hard days festival going, than being transported to a different time and place by the special sounds of Radio Exotica. 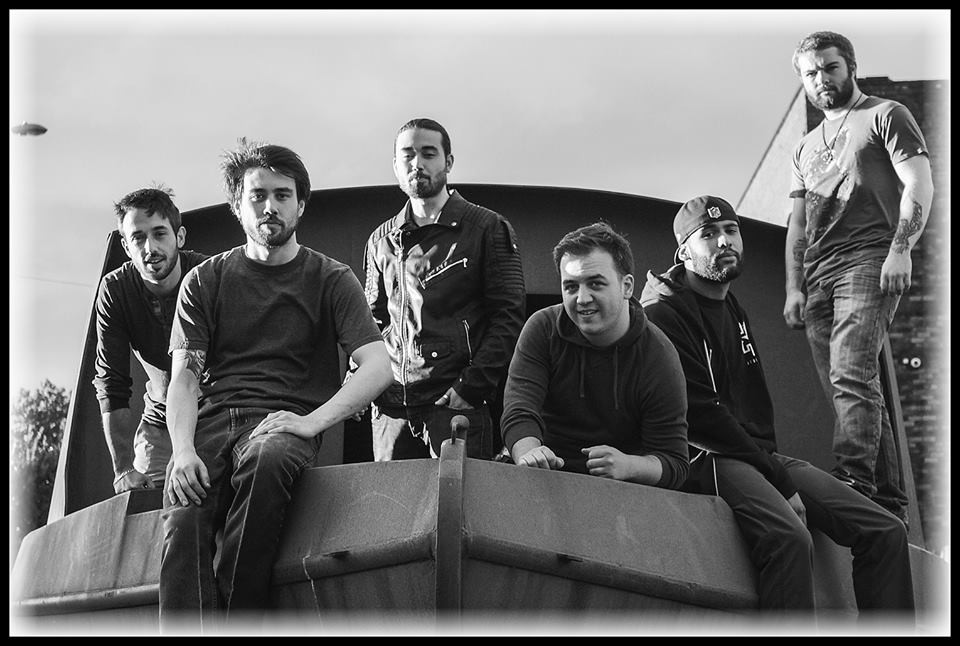 A Liverpool based group originally from France & the US, The Boston Shakers have a traditional heavy rock/blues sound, accompanied by slick raps. They began as six bar-tending friends joining forces, blending together the music of their youth to create gnarly new tunes.

Everything about this band, down to their name, is reminiscent of late night sessions in the sleaziest of bars. The rhythms are as punchy as a shot or two of whisky and The Boston Shakers ooze sex, drugs and rock ‘n’ roll. 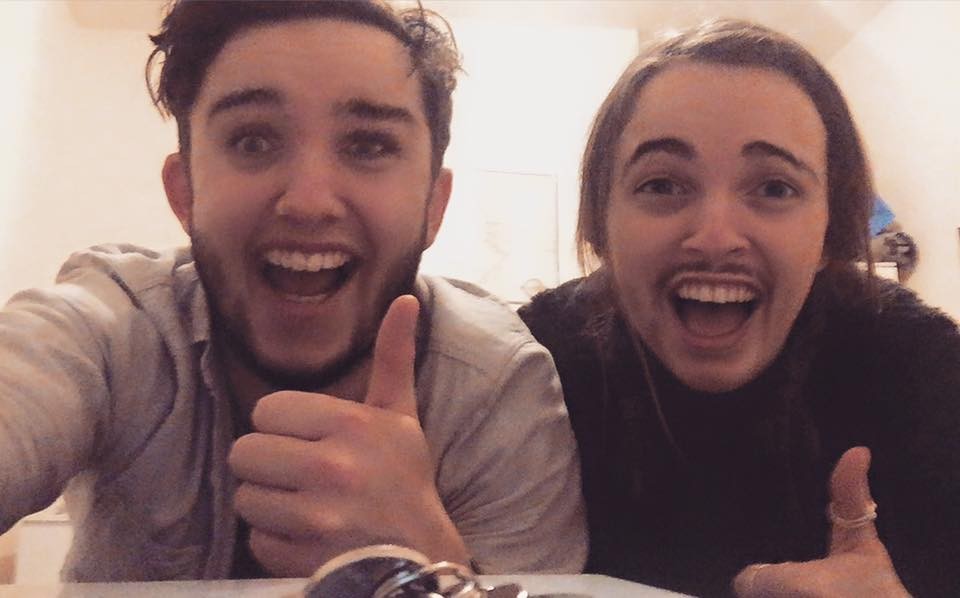 Liverpool song writing duo Katie Overbury and Lewis Veakins met at whilst at university and soon realised that working together produced something quite magical. They released their debut EP Wolves in November 2015, showcasing their fresh take on the acoustic folk genre.

The duo’s harmonies flow instinctually together and both the lyrics and music have an intimidate feel. Beautifully constructed vocals and strong melodies combine to make thoughtful and striking music. Little is documented about Katie and I, but the richness of the material that is on offer suggests that this pair are definitely ones we should all be keeping an eye on.

This young Liverpool singer songwritier had been causing a stir on the local scene with her arresting and reflective folk music. Currently studying for her degree in composition at Leeds college of music, Bridie sights 1960s greats such as Joan Baez and Joni Mitchell as influences and it shows. Her style is mature beyond her years and her beautiful birdlike vocals incredibly capitivating.

Bridie says her art first emerged as poetry and it was not until learning guitar at age 13 that her writing transformed into song. After a positive reception at Sound City 2015 and the current buzz around the singer, we reckon Bridie could well be one of the success stories of this year’s Threshold Festival. 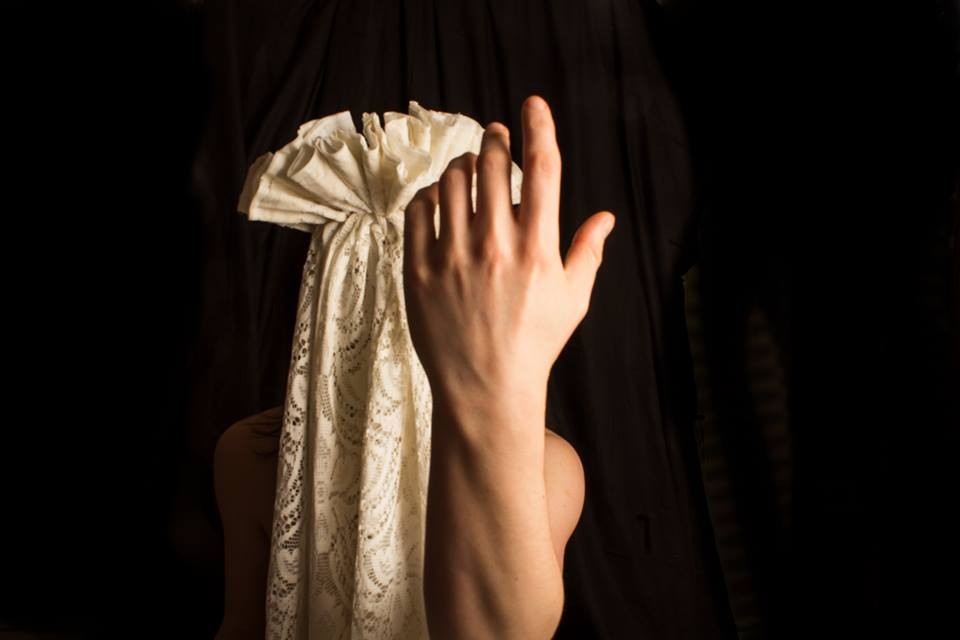 Mamatung are Cheskimo, Vesta and Zaina, a Liverpool-based group who deal in freak-folk and psychedelic serendipity. Experimental and united in their quest for spiritual enlightenment, the trio have a very natural and understated vibe. This act definitely fit the Threshold bill and the manifesto is as interesting as their sound stating their quest ‘on a bounding journey of grace … from the deepest canyons of the Earth to the furthest galaxy’.

These three do not deal with the inersia of the daily grind and their music has a universal sound. Their multi instrumental on stage persona were enjoyed on the bandstand at LIMF 2015 and we think they will be one of the most interesting acts to appear at this years Threshold festival. 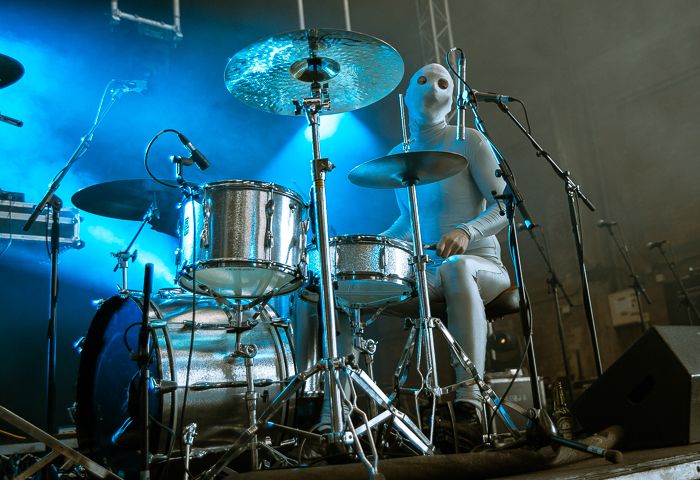 This supersonic prog electronic group first formed in 2008 and have enjoyed continued success as a live act touring as far afield as Russia. Their powerful, visceral sound, we believe, makes this anonymous duo one of the must see acts of the weekend.

As well as their heavy touring schedule Barbaros have enjoyed many collaborations such as this with Stig Noise and Stealing Sheep, as well as running booking agency Wet Room and co-running Upitup Records. 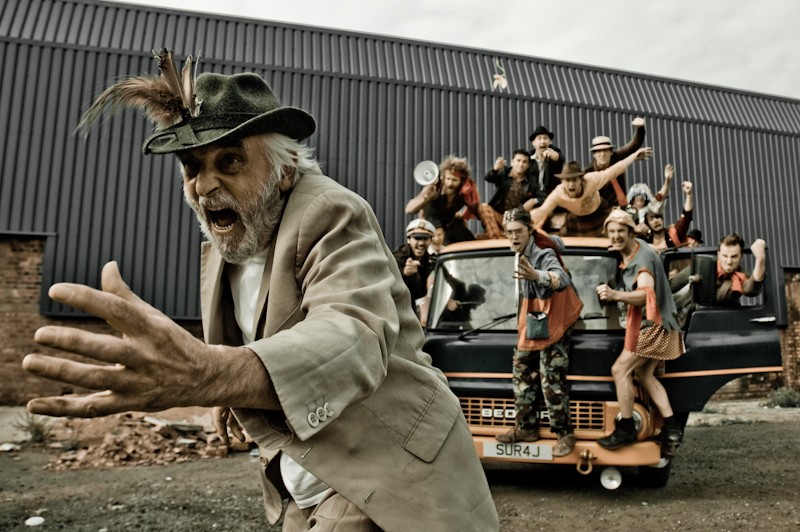 This gypsy-folk 14-piece ensemble formed in Birmingham in 2005 and are another act that are ubiquitous for the grandiose stage presence and musical virtuosity. Their multi instrumental sounds include trumpets, fiddles, bagpipes, bells and whistles.

With two critically acclaimed albums already under their belt, Out of Babel and A Hole in the Universe, they’ve recently released a further EP, Vortex. Through the art of Baltic Brass this group are bound to get a crowd whipped up in a hearty outbreak of dance and song.