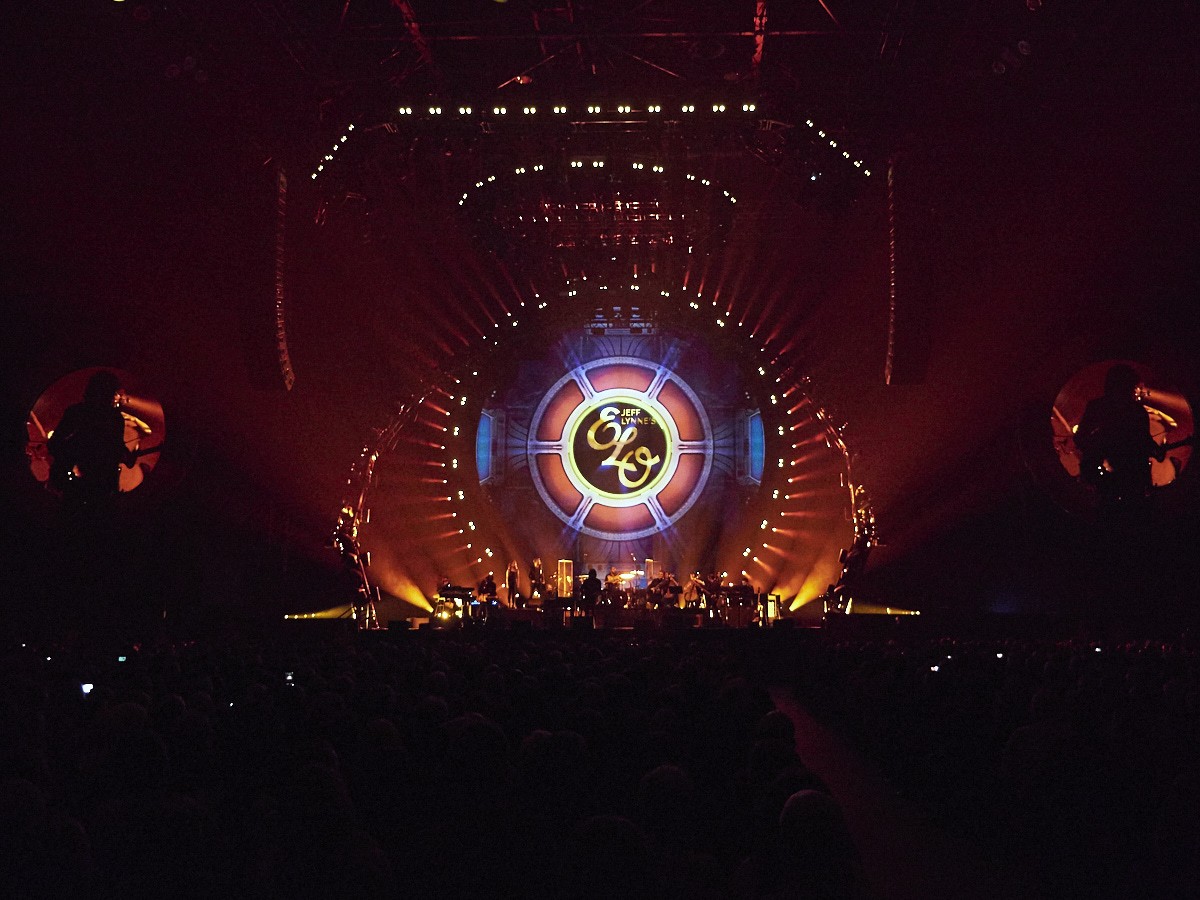 With Jeff Lynne playing his biggest show in over thirty years in the city, Getintothis’ Gary Lambert finds himself converted to the cult of ELO.

When a band’s name comes with the precursor of one of the founding members names, the automatic reaction is one of fear and an expectation that they will be on the chicken-in-a-basket circuit filled with bitterness about a decade-long legal battle over the rights to use the band name, motivated by a tax bill to pay for by routinely singing the hits and then raising the cost of a Travelodge by holding a raffle for a signed CD bought in HMV’s £10 for 2 section earlier that day.

Luckily, Jeff Lynne’s ELO is on a different planet from that. High up the bill at Glastonbury later this year, Liverpool saw the start of their newest world tour with Lynne admitting on stage that it was the first gig of this kind for him in over thirty years. With a sell out Echo Arena amongst others without the assistance of becoming trendy again live on the Red button, the event was a must-see. Do not think this was anything other than an event.

First came support band The Feeling. The only feeling this band usually generates in this writer is a nervous twitch to turn the radio over, but we sat back to see what the boys from Horsham could do. Though still not totally won over, we do have a new-found respect for them.

Given the context we were expecting to find them out of place musically, but they actually sounded much stronger than memory served and gave an impression of being very well rehearsed. They also seemed structurally very similar to ELO. Deserving a bigger nod of respect was their professionalism in front of an audience that for the most part gave them nothing to lead them to further inspiration. Until the final song, I Love It When You Call, each track finished to polite applause like the ending of an am-dram production of The Mousetrap. We were left wondering if The Feeling are musicians for hire performing because it pays better than serving behind a bar or if they are talented, passionate rock stars who are kind of gutted that they write pop staples.

This writer will hold his hands up right now and admit to not being a major fan of ELO, more interested in what they could do rather than to see a childhood dream come true, but in the moments before the screens took us on a journey through space, the man behind grabbed us by the shoulder and said “I’ve waited thirty six years for this”. The evangelical look to his eyes drained our excitement. Was this interfering in someone else’s party?

That feeling was blown into the ether as the strings which accompanied Jeff Lynne’s ELO throughout to wonderful levels kicked in. With the visions of space and these soaring notes, grandeur was beckoning from the start.

With the second number, Evil Woman, the crowd started to clap along with the quite intricate beat without any coercing. But apart from the choruses there was no singing along as, despite Jeff Lynne’s wonderfully homely and achievable in range vocal, these are not easy songs to sing. To describe him as one of Britain’s greatest songwriters is not hyperbole. This entire show is an exhibition of The Pop Song As Art Form. There are musical nods and winks to an array of styles and eras through the history of pop music. Hints of disco, rock n roll, folk, and Phil Spector’s pop perfection which has never been sullied by Spector‘s moral abyss. Indeed, When I Was A Boy from last year’s new album, Alone in the Universe, sounds like the last McCartney song that The Beatles forgot to record. It is such a wonderful piece of songwriting that it felt like we had known it our whole lives.

Lynne is a rather curious example of a frontman too. He doesn’t have a voice that seems beyond the realms of mortals, he moves about the stage less than a drummer, he doesn’t even use guitar solos to grab the attention. He is unassuming, yet actually you cannot take your eyes off him as he goes about playing with your emotions as though they see strings on his acoustic. It is brilliantly perplexing how he does it.

During Livin’ Thing, we found ourselves filling up with tears, despite a total lack of emotional link to ELO. Yet everything seemed to join together to create a moment where the rest of the world dissolved and all that mattered was the concrete bowl of the Echo Arena. With his violinist at the front grabbing attention with each note and Lynne effortlessly forcing the audience to sing along it was truly magnificent – and for a good ten seconds a little overwhelming.

There is one song though that the whole night was building towards, one of the greatest British pop songs ever, Mr Blue Sky. Strangely the emotional hit of earlier tracks did not accompany this most obvious of hits, probably because it is so entrenched as part of the British musical psyche. Regardless of that, this is the real moment everybody is searching for and it does not disappoint. Sounding as fresh as a blue skied summer’s day now as the last time you heard it, it blasts the audience with adrenaline for one crazed finale.

Or at least it should have done. With the band going off at end of that song but the house lights staying off also we knew there was at least one encore in the script.  That came with an amalgamation of Beethoven‘s 5th Symphony and Roll Over Beethoven. No matter how good this was, it was not going to beat the Mr Blue Sky moment, so it felt a bit of an anti-climax.

But after what we had all witnessed, it was like climbing Everest and only remembering to take a photo when you were a few hundred feet from the top on your way back down.

This was a great night that will live long in the memory. 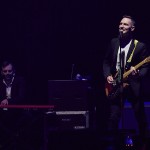 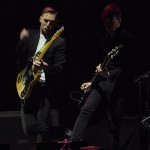 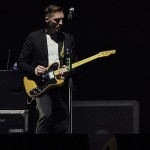 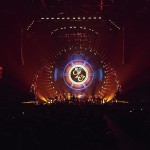 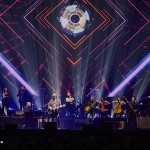 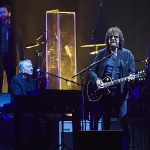 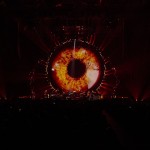 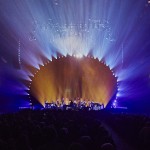 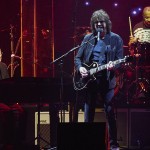 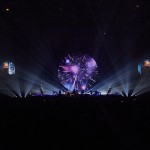 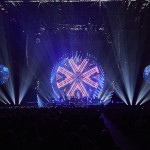 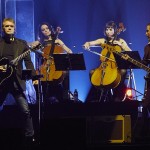 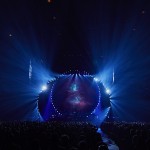 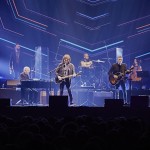 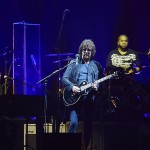 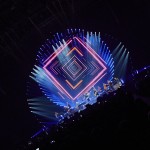 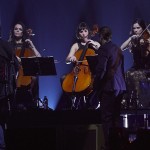 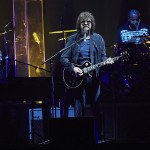 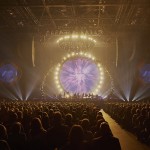