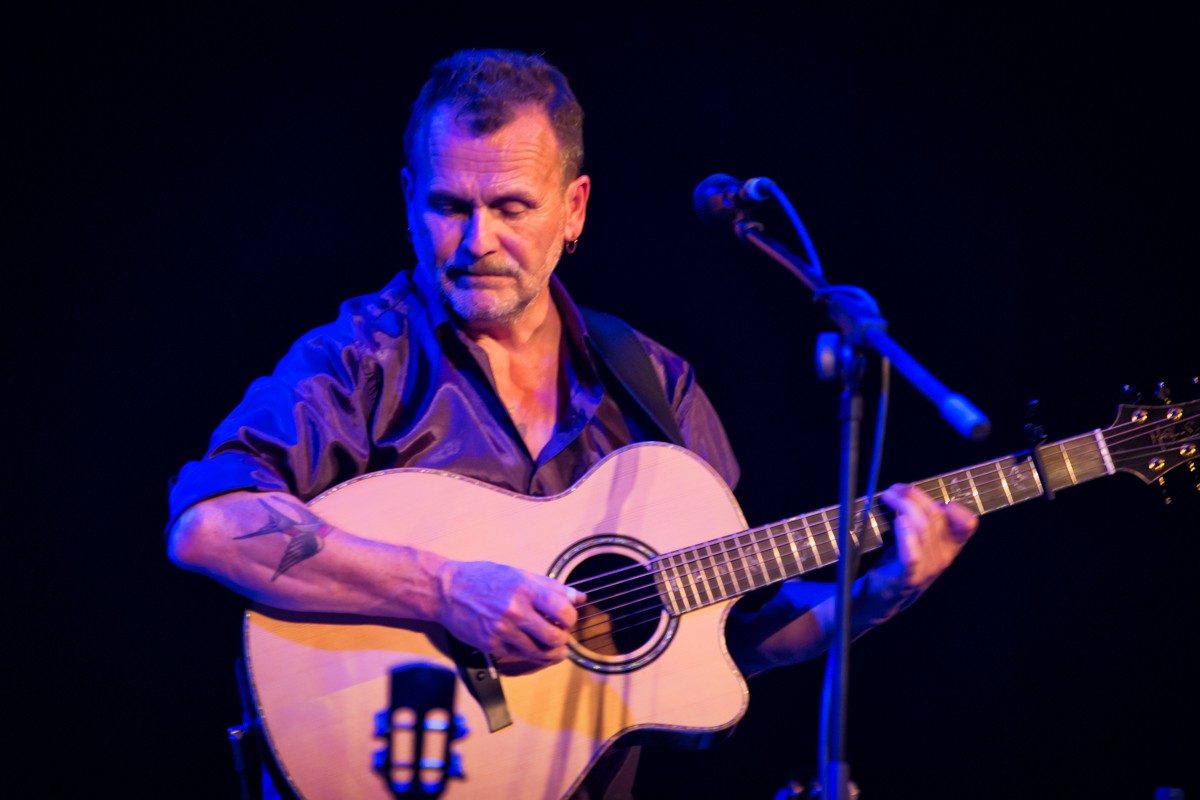 As the Epstein Theatre is treated to an intimate night of grassroots folk, Getintothis‘ Joe Giess is there to catch the action.

Folk music – once a voice for people caught in the machine. Those who dared to dabble and speak out ended up besmirched as ‘commies’ cast out on the blacklist in the reign of the draconian McCarthyism. 50 years on and the fierceness has petered out and it’s developed a confused reputation which can lean to the hackneyed and trite. Tonight however, in the Epstein sauna, we welcome a night of contemporary folk, which shows us that a secret celebration of the acoustic still survives, on the centenary anniversary of Cecil Sharp‘s collections.

The night opens with soothing finger-work by the slender songwriter, Charlie McKeon, a recondite Merseyside lad who is currently accruing notoriety amongst the circuit, wherever he roams.

In his dulcet lullabies, he weaves his musical gossamer with his textured melodies, creating something like an acoustic arabesque. Songs like My Love Is A Preacher from his set hark back to folk singers of yesteryear with the instrumentation of Roy Harper and the grinding songs of the sufferings of love like the folk-maestro’s Bob Dylan and Paul Simon, all with great ardour.

It acts as a beautiful introduction for the night, concluding the set with a traditional folk number, showing us he’s got many strings to his bow. A delightful offering from the balladeer that felt just too short.

As the charismatic, Martin Simpson, steps on the stage with his trio, he effortlessly warms the sparse crowd which sits at half capacity. On previous ventures, Simpson came to the city for a purely solo spectacle, this time he’s accompanied with the likes of Nancy Kerr and Andy Cutting which adds a refreshing dynamic, it feels the trio have found a revitalising niche for the sixty three year old folk veteran.

The two aforementioned partners are Nancy Kerr, who comes with an air reminiscent of Norma Waterson, and leads the group on tunes of fracking and ancestral songs. The other is, Andy Cutting, who keeps it all running smoothly on both melodeon and accordion, giving scant pieces of deadpan humour, introducing one track, smirking to the crowd. “ We all bring different things to the group, a different kind of truth”  before launching into the Memphis Jug Band tune, which jostles with a different electricity in its bones.

Have a peek at what other music you could be missing out on!

The multi-instrumentalist dots his set with charming anecdotes while he’s tuning up, then leaps into foot stomping reels and mesmeric ditties, but the majority of set is taken up by songs from the recently released album Murmurs, which consistently touches upon the age old themes of the folk genre itself; nature and the plight of the working class.

Simpson revels in highlighting that the caustic policies the Tories are once again implementing in this day and age, are what our folk forefathers were rallying against when first written. This in mind, stories of disenfranchised land and themes tackling the destruction of nature acts as a spine for the set.

One of the most intriguing elements to folk music is the metaphoric aspects it lyrically contains, and how it can be still relevant. Nancy Kerr introduces one song, Dark Honey, which plays upon the theme of pollution as city bees are allegedly pollinating from Coca-Cola cans producing a darker honey, another explains that through the allegory of the mythological Selkie the song explores the hardships of gender fluidity and transitioning.

This, infused with songs from another collection with the misnomer, Genuine Peasant Music shows the analogies and metaphors of folk music are not to be the relegated to the vaults of archived folk, and are still embryonic catalysts for change and progressive thinking.

As the night draws to a close, it becomes tough to breathe in the thick muggy atmosphere of the sweltering Epstein Theatre, but it adds to the feeling of being in twilight at New Orleans. Nobody was deterred for a mixed bag night of folk, bluegrass and jug band tunes. Best put by Simpson himself;

“It was a pleasure, it was loads of sticky, sweaty fun.” 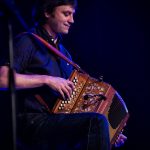 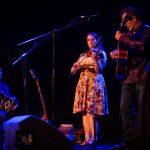 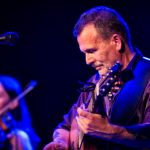 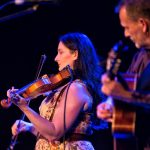 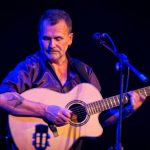 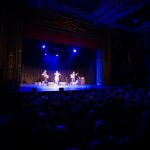 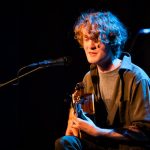 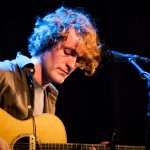 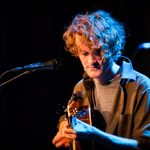