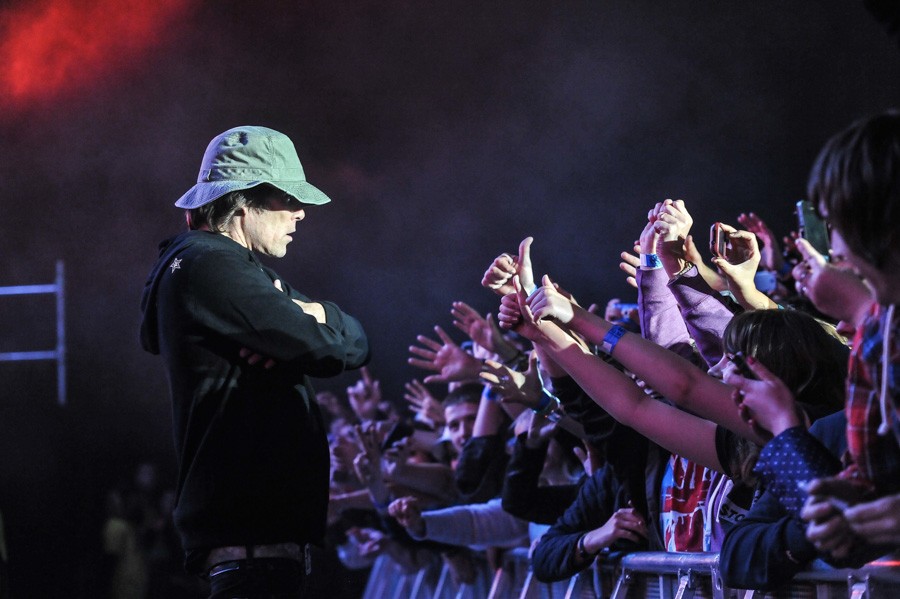 The Stone Roses reveal their latest comeback track ahead of their  Etihad Arena dates next week, Getintothis’ Daisy Scott reflects on the seven-minute groove.

The Stone Roses returned last night with their second new track following on from All For One since announcing a raft live shows which commence next week.

After the lyrical let-down of the All For One, the seven minute swirl of Beautiful Thing seems to pacify those who were left disappointed.

The Roses appear to be piping up for their comeback shows next week in Manchester’s Etihad Arena next week and with this solid track released just in time, it might garner a legion of new generation of Spike Island wannabes. The epic guitar-laden track recalls the band’s earlier work with John Squires’ iconic riffs high in the mix recalling the likes of Fools Gold, Standing Here and Something’s Burning.

Where All For One was an out and out pop track, here the emphasis is on rolling rhythmical grooves with Reni employing his glorious shuffles akin to that of Shoot You Down.

Yet, while there’s no doubt this is a solid song which recalls many of the band’s earlier traits as it burrows into your head, it isn’t the track that is going to change the minds of those that say a third coming shouldn’t have happened.

Whatever your take, for us Beautiful Thing has deliciously whet our appetite ahead of those Etihad dates.