After a long break away from the city Getintothis’ Vicky Pea brings news of a personally motivated Liverpool date for The Zutons.

The Zutons have announced a surprise comeback show at Mountford Hall. The gig, which will take place on September 30, will be a fundraiser in celebration of the late Kris Ealey who passed away in May.

After an outpouring of tributes to the Tramp Attack founder, The Zutons, who also appeared at the tribute concert for Viola Beach and Craig Tarry in Warrington in April, will return to Liverpool for the first time in seven years.

The last time the band took to the stage together in their hometown was at St George’s Hall for 2009’s Sound City, a few months later the group entered the hiatus from which they now return for this one-off show.

Russell Pritchard said: “We’re extremely excited to be getting together to remember our great friend Kris. We want it to be a celebration and party in his name, so be sure to get your tickets early in order to see what will probably be the last ever Zutons show.”

The Zutons‘ own Dave McCabe founded Tramp Attack with Kris, alongside Matt Barton, Ian Lane, Scott Dulson and Tony Dunne, in 2001, with the members ultimately going their separate ways shortly after debut single Rocky Hangover was released, freeing McCabe to form his next, and more successful, band.

The Zutons (plus some very special guests who will be announced in due course) play Liverpool’s Mountford Hall on September 30 in tribute to the much missed Kris Ealey.

Tickets will be priced at £25. 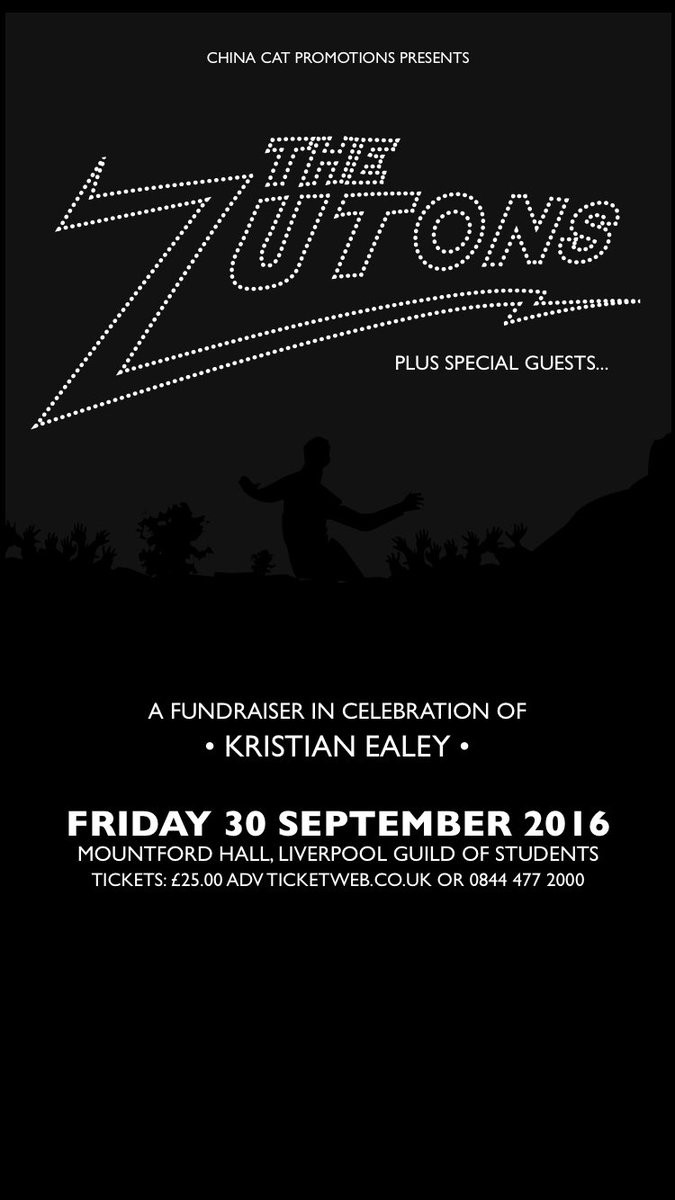 Share. Twitter Facebook Google+ Pinterest LinkedIn Tumblr Email
Previous ArticleThe Wailers to perform ‘Legend’ and other hits at the O2 Academy
Next Article Millennial Hangover – why it’s time to forget the past and move forward