Frenzied jumping and jam-packed singalong were the order of the night as Getintothis’ Amaan Khan absorbs the groovy good vibes of The Specials.

The Specials are to 2 Tone music what Marvin Gaye is to the Motown sound. The ska revival band has assumed the status of legends by now in the minds of many. That reverence reflects in the fact that the tickets to their gig at The Olympia sold out even when the rest of the city is buzzing with its first Vevo Halloween Night and concerts encapsulated under the banner of The Liverpool Music Week.

Although it seems that The Specials have started touring extensively for the first time since their split 35 years ago and several fans are seeing this as a sort of a massive reunion of a legendary band, Liverpool’s Olympia has seen the band perform there in 2009 and 2013. The band’s lineup has significantly changed from what they got popular with. Original songwriter and keyboard player Jerry Dammers is no longer a part of the band and sadly, drummer John Bradbury passed away last December. The band is now joined by Gary Powell of The Libertines on the drums.

So as we wait amongst a largely middle-aged audience gathered at The Olympia, a DJ holds us over with a largely reggae related selection of music until the stage is graced by the support band of the evening which is the London-based reggae group General Roots. One of the two frontmen walks on the stage with a teddy bear holding a pillow strapped around his belly. We are not sure of the significance of it but it sure does manage to peak the audience’s interest.

The band offers a set of energetic upbeat music with the frontmen altering the flavour of the music with their individual duties of melodic singing and vibe-y rap. If the music ever felt monotonous, the dance moves by our teddy bear carrying frontman never stopped being interesting. As they performed their single Walk Tall which they had released on vinyl that very day, a member of audience around this writer was heard saying ‘I’ll have whatever he is on‘, referring to the aforementioned dance moves. Mid-way through their set, Specials’ Lynval Golding jumped up on the stage to excite the crowd further.

If the purpose of a support act is to help the audience through the wait, General Roots offered something interesting (mostly visually) throughout their set for us to focus on. If the purpose is to warm up the crowd, they did just that. Nothing more.

John Carpenter played The Olympia a night before The Specials, read our review here

It is when The Specials kick off their set with one of their most famous song Ghost Town, that the crowd almost goes into a frenzy. This is one truly dedicated gathering and the song is treated as an anthem with people singing it loud enough to even mask the band itself. The singalongs get accompanied with jumping, dancing and pushing amongst the majority of two thousand attendees around the time the band belts out Friday Night, Saturday Morning.

However, to this writer, there is an apparent detachment between the music and members of the band at times. Lynval Golding assumes a more charismatic artist-to-people mediator’s role while co-frontman Terry Hall offers a sullen and reserved avatar. The contrast works in some songs and sometimes doesn’t. During some tunes, it seems there is something missing and dead in the band. But whatever’s missing in the band is throbbingly alive in the audience.

The crowd’s energetic appreciation for the songs and the band makes the night a hot and happening affair of crazy proportions. There were even instances of people near the front taking off shirts and the mostly frowned upon move of throwing beer glass at the stage. More often than not, the band knows how to make use of this energetic crowd participation. During songs like Doesn’t Make it Alright, it even seems foolish to have doubted the capability of the 2 Tone legends.

The band even plays their definite crowd pleaser Message to You, Rudy. This is what the crowd had been demanding for a while, this is their Free Bird. The night comes to an end when the obligatory encore closes with You’re Wondering Now and the band bids us adieu with the lines ‘You’re wondering now what to do/ Now you know, this is the end’ echoing almost as anthemic chants.

All of the songs were clearly successful tunes that have generated unreal love from the fans. The fans in turn don’t restrain themselves from showing their full love and appreciate that they are getting to hear these songs from the people who originally wrote or popularised them.

The shortcomings of the band’s performance when seen as a standalone show appear insignificant next to the length of their career, the songs and audience’s love for the same. Both the artists and fans definitely had a memorable time, and perhaps that is all that matters. 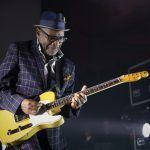 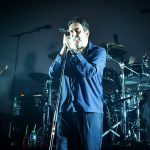 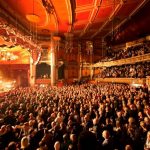 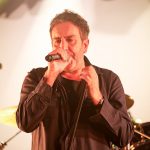 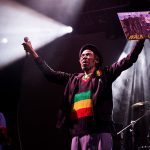 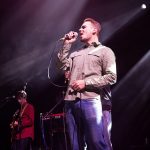 Share. Twitter Facebook Google+ Pinterest LinkedIn Tumblr Email
Previous ArticleLiverpool Disco Festival 2016 review, what we learnt, and the best acts across the Baltic Triangle
Next Article Sundara Karma announce huge UK tour ahead of debut album Youth Is Only Ever Fun In Retrospect