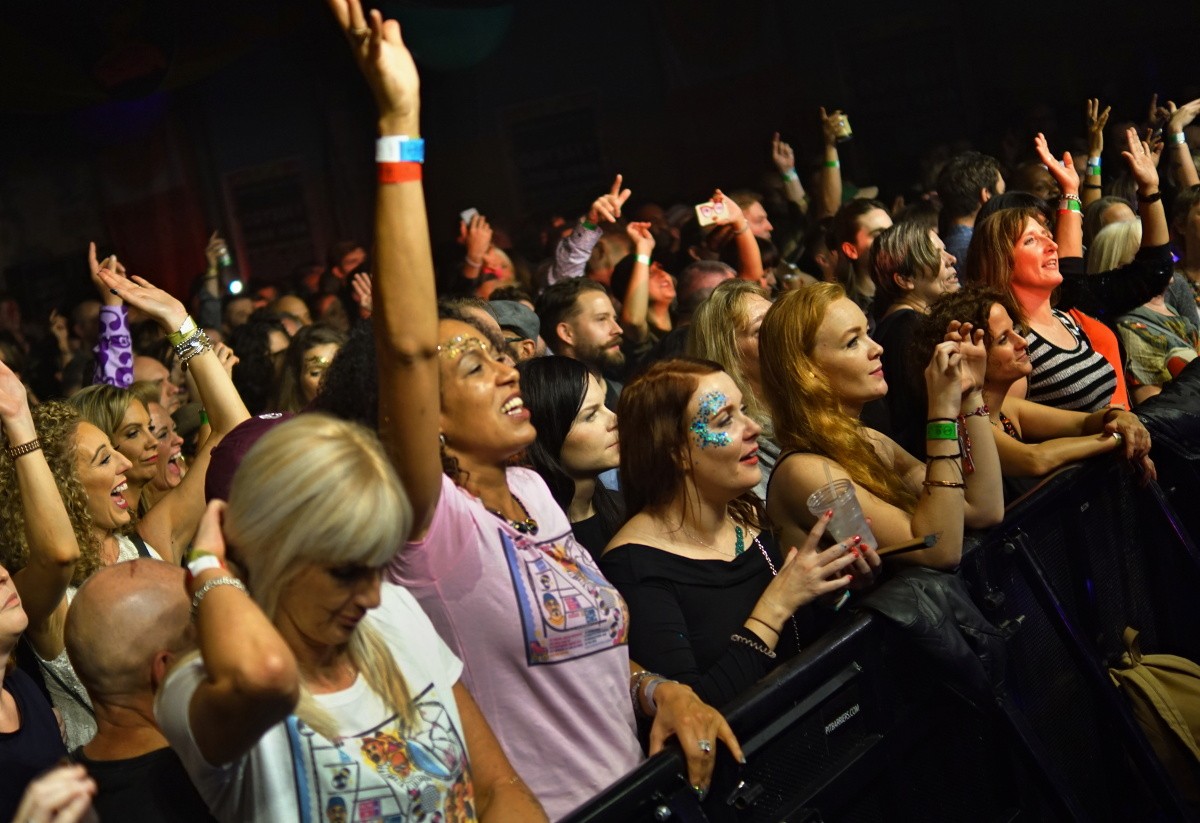 Despite heavy competition from Liverpool Music Week and the Voodoo Ball, you could probably argue that the weekend’s main event was Liverpool Disco Festival. For a festival taking its first giant leap into uncharted territory, there is plenty for us to talk about in terms of what we learned from this great new celebration of disco music in the city.

As a relative newcomer to ‘proper disco‘, the festival really opened the eyes of Getintothis’ Ste Knight to exactly what potential emotions the sound can capture. Not only that but his review partner, Getintothis’ Shaun Ponsonby, gave some lessons in just how to disco in style, cutting some seriously impressive shapes that even Jacko himself would’ve been proud of as Studio 54 legend John Morales tore up the Great Baltic Warehouse with aplomb (though he could have worn more glitter).

The first thing that the organisers, Hustle, Suncebeat, and Southport Weekender should all be commended on is the impeccable organisation that built the event from the ground up. Even prior to arrival on the site, it was clear that they had gone to great lengths to provide their punters with all they needed to know prior to arriving on site, with a detailed site map, venue guide, and full set list all being provided via the festival’s Facebook page.

Other festivals could really take a leaf out of LDF‘s book. Allowing your customers access to this kind of information before the event takes place allows them the luxury of planning their valuable time on your site. Obviously stumbling across hidden gems is one of the charms of festival life, but having the option to plan your time can make things a hell of a lot easier (particularly if you’re reviewing the event!).

Though, if we must look for a complaint, we should probably point out that, like at most large gatherings, the toilet situation left something to be desired. There were limited facilities at the Baltic Warehouse, which was after all the main room, and it was in fact quicker to pop over to Constellations to use their bathrooms than it was to join the queue at the Warehouse. The price of drinks in some venues also was potentially scandalous (where are we? London?), though this obviously is not the fault of the organisers.

The layout of the site and the use of several venues in the Baltic Triangle area added further still to the ease with which one could traverse the festival. All venues were pretty much on top of one another, and this meant that a quick dash across the site to check out the next artist you wanted to watch was a simple task.

The number of venues meant that, aside from when Odyssey rammed out the Great Baltic Warehouse, no venue felt too packed, which was good because disco music requires you to throw some expert shapes and you had space to fling your arms and legs around like there was no tomorrow.

Did disco suck? Hell, no! Getintothis takes a look at disco as a socio-political movement.

Despite the packed Warehouse for Odyssey, it was clear that there would be problems from the outset. Perhaps due to the predominantly DJ set-up, the sound was terrible, both in the house and, presumably judging by the group’s actions, up on stage. The sound did improve as the set went on, but hits played early on such as Use It Up and Wear It Out sounded almost unrecognisable in the mush. Not that it dampened the spirits of the masses.

We had to cut out of Odyssey‘s set early to make a dash to the roller disco. The ever reliable Bear Growls ended up doing two sets at the roller disco, which was set up over at the brand new Hangar 34 (is this the Studio 54 of Liverpool Disco Festival?). He opened up the day with a mega set, and returned later to stand in for John Dean for a Michael Jackson set which, incidentally, was followed up immediately by a Prince set from Rich Furness, complete with the room lit in purple. Just think about this logistically; this became a Michael Jackson and Prince roller disco. Has there ever been a more brilliant idea? The answer is, of course, no.

All of the artists involved all brought their big game to the Baltic Triangle and played them to full effect. The first act we caught was Sam Tawil, head man at Buyers Club and Bold Street Coffee. Sam was down to play an italo-disco set in Constellations Garden, but mixed his italo with some nice disco classics for a pop-infused electro sound, which was a great start to help build some energy for the day ahead.

Liverpool crew Madnice Marauders dropped their inimitable blend of styles on us from a great height (ceiling level) in Constellations Observatory, retaining a deep, soulful feel to the music we were listening to. Rahaan was up next, in the Baltic Warehouse, with Marcel Vogel b2b Mr Mendel following straight after, all of whom offered gratefully received house jams to an excited crowd, ducking between moody, dark house to altogether more upbeat, classic sounding house.

As the venues became busier as the day wore on, more people moved out to the Botanical Gin Garden, where the likes of Groovement Soul and Neil Diablo were spinning. Eventually it became so busy out there that they had to block entry from the inside of the New Bird St Warehouse, but despite this spirits stayed high.

This was a recurring thought throughout the day. When Getintothis spoke to Disco Festival organiser James Morgan, he told us that “People are bored of club nights taking themselves too seriously – we’re bringing the fun back”, and in all honesty it felt like this was the case. There was zero pretention about the event, and the only real message was one of, no matter who you are, we can all dance together. Which, if anything, was always the rallying cry of disco.

It also would have been easy for the festival to stick with classic disco, but they didn’t. Don’t get us wrong, it featured heavily, but the feeling we got was that it was more like the feeling of disco that the organisers were aiming to emulate. This is true both of the music – which predominantly felt organic, and only a peppering of electronic dance music – and of the sociological implications.

When Dimitri from Paris eventually finished off his set at midnight, we limped out of the Baltic Warehouse, legs stiff as boards after 12 hours of solid dancing and tried to walk far enough to holler down a cab. Covered in sweat, ears ringing, glitter falling off our dishevelled bodies and off our faces. All we could think was “We can’t wait for next year“.

Well, obviously Vega was incredible, and he was going down a storm too. We had to check out at one point, only to return over an hour later to find he was still smashing it. We can’t be sure, but we think he drastically went over his allotted time, not that anyone who was getting down at the front had any problem with that! – Shaun Ponsonby

The New Bird Street Warehouse was on top form. Billed as the ‘house room’, it was pretty damn obvious what kind of music we could expect from the sound system. For a house-head, it provided a certain departure from the disco stylings going on around the rest of the site. Afro Co DJs didn’t disappoint, dropping deep, soulful house bombs all over our eager ears, which – in the darkness of the warehouse – gave a real clubby feel to early afternoon proceedings. – Ste Knight

Dimitri from Paris provided a whipped-up crowd with the perfect closing set at the Great Baltic Warehouse. Illustrating exactly why he’s been an artist at the top of his game for a recording career that has spanned 23 years – which is most impressive. Dimitri played a wonderfully mellifluous set, showcasing his diverse range of influences, playing electro and house infused disco to end the party in style. Awesome stuff. – Ste Knight

Okay, well, to be perfectly honest whether or not we would include this set if we weren’t such noted massive Prince fans is debatable, but this was a wonderful moment for us all around. It was near the end of the roller disco’s stay (it finished at 7pm, possibly due to the fact that excessive alcohol consumption and roller skates are a potentially violent mix), and honestly it is just what we needed at this point in the day. Happily, Furness didn’t stick to Prince‘s hits (although, you’ll be relieved to hear that we did indeed get the likes Rapberry Beret and Little Red Corvette), but made sure to pepper deep cuts such as P. Control, Black Sweat and even Get Wild amongst the more well known fare. Kudos.  – Shaun Ponsonby

Spen and Karizma held the New Bird St Warehouse in the palms of their hands. Both artists, who have released records on various high-profile labels, including Defected and Nervous Records, worked the crowd like plasticine, moulding us into all manner of contortions with their disco-house cuts. Their ability to chop edits samples in lightning fashion added a huge amount of energy to their DJ performance – Ste Knight 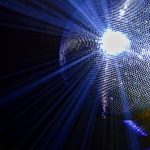 It wouldn’t be a disco festival without a disco ball 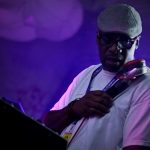 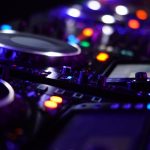 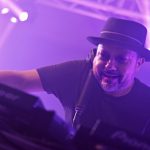 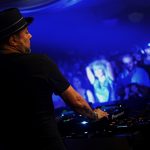 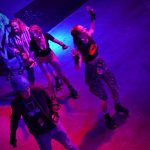 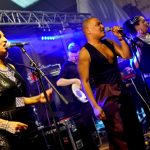 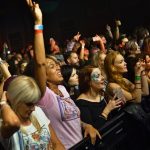 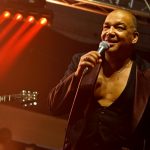 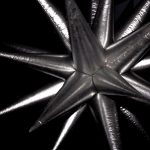 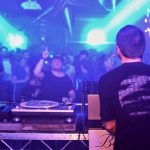 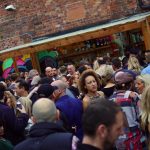 The crowd in the Botanic Gin Garden 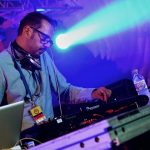 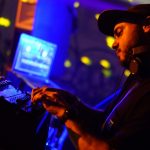 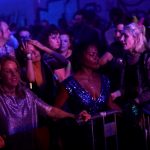 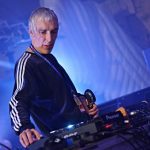 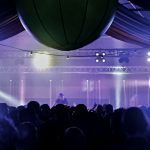 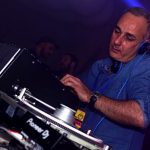 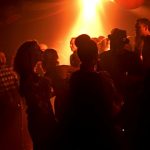 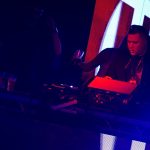