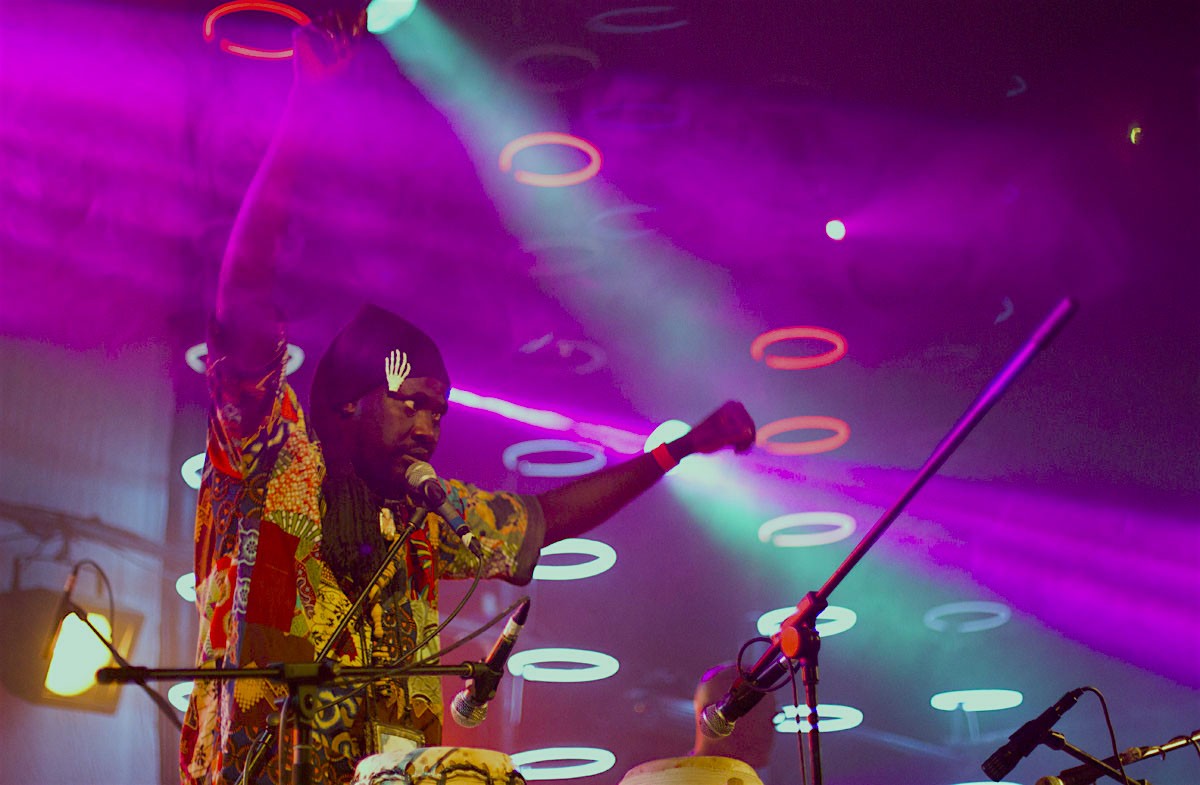 Liverpool’s Voodoo Ball swung into action with the Wake The Dead Parade on Bold Street before the festivities kicked off down the North Docks, Getintothis’ Glyn Ackroyd reports on a night high on drama.

The Voodoo Ball spent its inception and early years on the hallowed ground of the Kazimier, so how will the enfant terrible of All Hallow’s Eve react to finding itself in a new home, albeit one run by the same team, and how will the slightly out of town situation of the Invisible Wind Factory impact on the attendance? Early ticket sales have been good and the Return To Afrotopia theme and attendant Afrofunk lineup promises another evening of riotous fun from the Rebel Soul crew.

First up however, is the now traditional Wake The Dead parade which begins to wind its sinuous way through the city centre down a jam-packed Bold Street, the Katumba drummers making enough noise to live up to the parade’s title and drawing crowds out of the bars and restaurants to enjoy the spectacle and, as always, it is quite a spectacle.

Ahead of the drummers The Anahi’s dance troupe lead the way with a vibrant exhibition of shimmering moves, their voodoo burlesque chic setting the tone. It’s a longer route than usual and alongside the open mouthed children and cheering adults a fair few stag and hen parties join in the fun, Abe Lincoln in hotpants showing off some particularly lively moves. A throbbing Mathew Street is treated to a spectacular, thunderous climax as a bass drum spins high into the air above a forest of raised hands.

Out at the North Docks we find a vibrantly lit and attired IWF, rows of huge red, blue and yellow flags hang from the ceiling, up on the balcony, backed by a rich red velvet curtain, the Lords gaze down on their kingdom and the Punks below. A burnt out car shell, psyched out paint job courtesy of Zap Graffiti, smoulders throughout the night.

On stage Rimka are playing to an initially small crowd but this doesn’t last as more and more revellers pour in following the parade, and by the end of their set the dancefloor is a heaving, spinning mass of black lace, feather boas, stovepipe hats, goggles, fairy lights, animal horns and skeletal blood and gore. It’s a crazy world where Arthur Brown and Uncle Sam are dancing side by side to Rimka’s frenetic Sabar-Beat and by the end of their set any fears we had about re-housing this party are well and truly laid to rest.

Nottingham’s Truth and Lies DJ’s keep the tempo high with a great selection of Afrobeat and the movement on the dancefloor never wanes. The Punks in the jail have a white knuckled grip on the wire fence and the thousand yard stare of the disposed, tempted no doubt by Hobo Bazaar’s dazzlingly colourful array of funky shades. The Lords above continue their gyrations bathed in a blood-red light.

Outside for a breath of fresh air, the atmosphere chilled, strangers meeting and greeting.

Electric Jalaba hit the stage and proceed to defy expectations with a set based on Gnawa (a music of prayer and dance evolving out of Morrocco and Algiers) but incorporating a mesmerising blend of jazzy drum patterns, spacey synth and echoey vocals that takes us ever higher. They play slow funk and floating dub, singer Simo Lagnawi is constant motion, his playing of the hajhuj, a three stringed bass lute, keeping traditional rhythms in the mix.

Flag waving dancers cavort on the burned out car and by the time Afriquoi launch into their set there is a wonderful sense of chaos in the air. Their combination of guitar and kora is spellbinding and is laid over a foundation of dance-friendly electronica which sees members of the crowd dancing on stage while the dancefloor is a blur of motion.

A triumphant re-location by Rebel Soul, who, along with the IWF team, set the scene superbly. Those who came to party, as always, ran with it to the dawn’s early light. 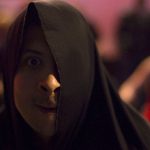 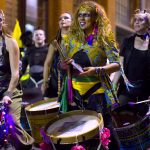 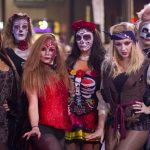 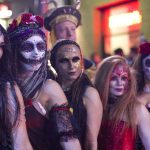 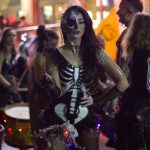 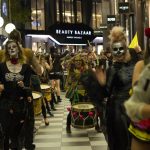 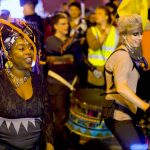 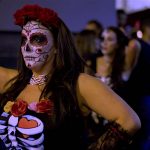 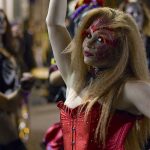 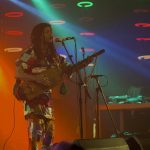 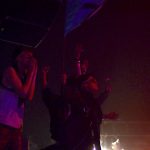 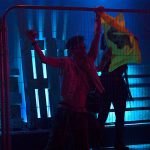 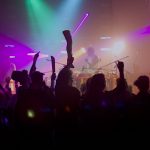 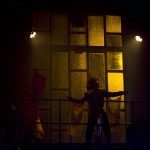 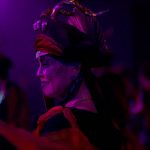 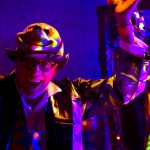 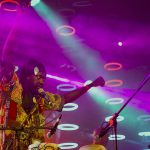 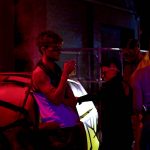 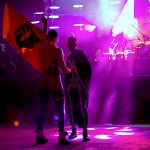 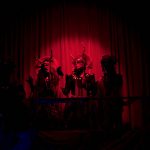