With a line up packed with Merseyside talent, Getintothis’ Nathan Scally enjoys a night which lives up to the high standard Liverpool Music Week has set.

Liverpool Music Week has been putting on huge shows all over the city, and without a dud in sight it seems like Louis Berry has his work cut out for him. He daren’t ruin the perfect record laid before him. SPOILER ALERT: He didn’t. Most of the crowd has shown up early for the night, even though its Halloween only a couple of odd looking spectators have shown up in fancy dress – so you know it’s serious.

The Mysterines are one the most exciting bands around. Not even out of high school and they’re playing high profile shows such as this. When their age becomes apparent it can hurt inside, but then you realise this is the future of music on Merseyside. Each track has an intro longer than most bands, some may see it as warm up, others will see it as a break in. The same way you break in your new pair of favourite trainers.

Their set isn’t long but they still manage to touch on a couple of different genres. Lead singer Lia Metcalfe‘s voice carries throughout the venue without missing a single beat, as if she’s been doing this for years. A voice that will haunt you until you hear it next, just what you want on Halloween night. The bass thunders through each song as a warning, ‘don’t you dare miss out on this one’. Obviously not every tune is perfect, especially at that age. Introducing their last song with “we have school in the morning” opens your eyes to the potential before you. Zero nerves, zero sweat, all composure. The only negative is the persistent thought of, ‘what the fuck was I doing at 15-16.’

In somewhat fitting of the throwback style, Jalen N’Gonda is next to bring his 50s burger joint sound to the stage. Each track wouldn’t go amiss in your favourite diner. Other than one song that sounds suspiciously like another scouse favourite… N’Gonda has managed to take a single genre and reinvent it for the modern day. This young man can write tunes reminiscent of the birth of rock ‘n’ roll, but with an added twist that slightly resembles 90s boybands – but in a good kind of way if you can imagine such a thing. Each tune sounds like it’s gone through the same rigorous process to achieve perfection, just without the team of producers throwing it into the auto-tune blender.

Louis Berry – I’m daring, I like to strive to be the best

Having only released the single song it seems a miracle that the crowd can still take to each song as if it was their 20th listen. Mid-set we’re treated to his rendition of I Got A Woman/Gold Digger, slowing the pace down much sexier than Kanye could ever hope for. It all feels like that scene in Back To The Future, not quite what people are used to, but its snapped up like free booze, and everyone is much better dressed.

There are still people trying to bag tickets outside with no luck, which is a testament to the following of the young Kirkby man Berry. As soon as he hits the stage it’s obvious he’s genuinely excited to play. There’s a constant back and forth between Berry and anyone willing to contribute, it’s refreshing to see an act just talking as if you were round a table in the boozer. Setting the tone early with .45 just like putting in a big tackle early on to ‘let the know the striker know you’re there’. His catalogue of tunes are well rounded, they’re strong and unique but they carry much more umph on the live stage. The whole room was just vibe-ing off each other, dancing like no ones watching.

As promised, each show brings a new tune, but thats not all he’s got, teasing that the album is full of stuff we haven’t heard. If the new stuff is half as good as what’s already on offer then shifting the stock will be no problem at all. Latest track Restless goes down smoother than gravy on Sunday afternoon, each lyric is bounced back his way as if everyones been listening for years. At one point in the set one lad has gotten on his mates shoulders, leaving Berry with a grin like the Cheshire Cat. He thoroughly enjoys each second up there, and it translates through the music. If you haven’t heard of Berry somehow, you need to get on this. Get to the shows while it’s this cheap. 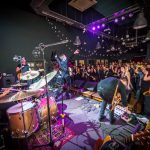 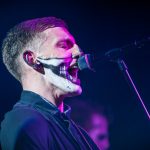 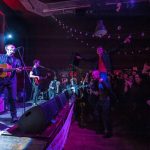 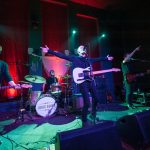 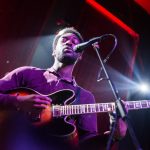 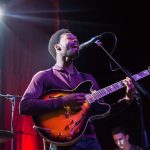 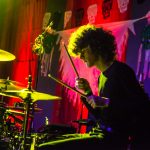 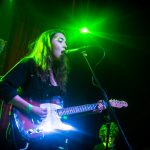