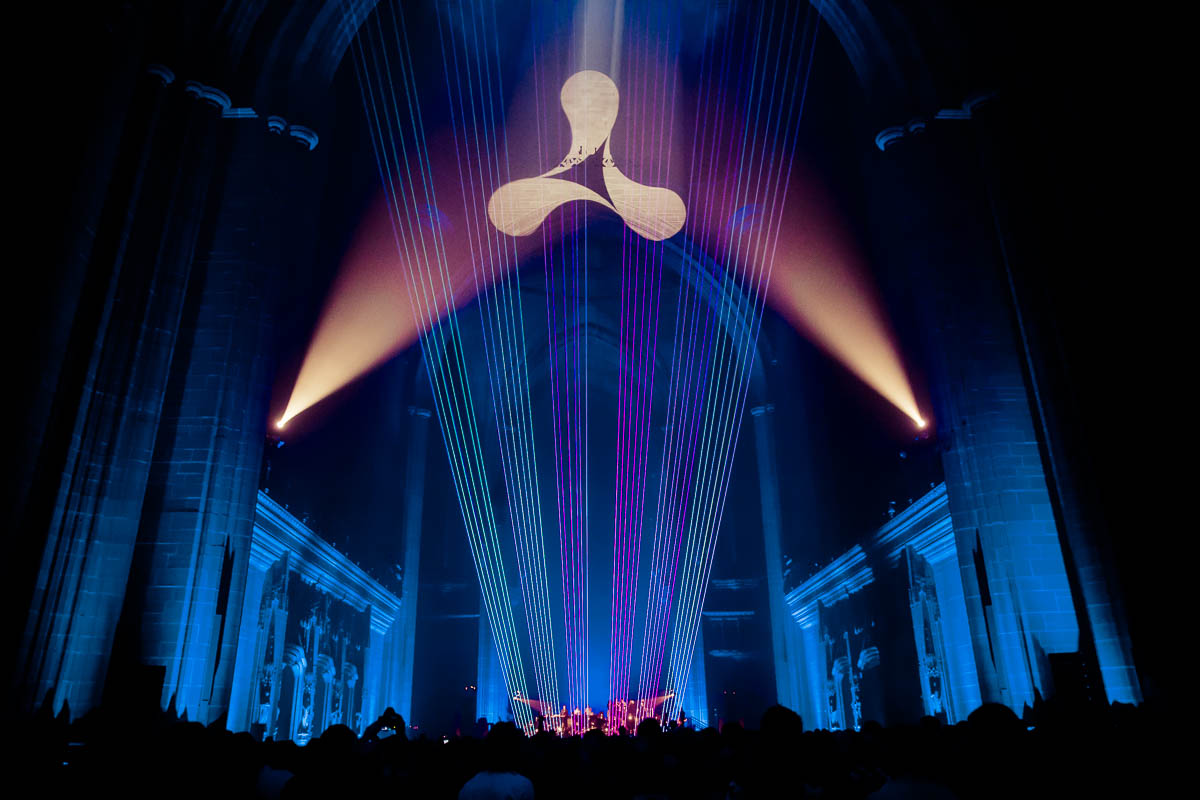 Cream lights up the Anglican Cathedral

Cream Classics return to the Anglican Cathedral and Getintothis’ Banjo is there to worship at the altar.

It has been a long, strange journey since that fateful opening night, one that has seen Cream become one of the biggest, most famous club brands in the world. At its peak the club saw people travel the length and breadth of the country to dance on its hallowed floors and saw the number of people applying to  Liverpool Uni increase hugely.

When the era of the superclubs came to its end, Cream retreated somewhat, holding only a few special events at its Liverpool home of Nation and concentrating on Ibiza, Creamfields festivals and albums. As a result it is a brand that has never left us, its iconic logo still in the public consciousness.

And we can add to that list the Cream Classics events that have now played the Anglican Cathedral for two successive years, where a selection of songs from Cream’s heydays are reimagined by the Royal Liverpool Philharmonic Orchestra, K Klass and a selection of musicians and singers.

It is easy to put this down to nostalgia and the gentrification of dance music, an ageing audience reliving their glory days in a more genteel setting while watching an orchestra, but the reality is something different. The orchestra are there to imaginatively rework songs rather than smooth out any of their edges, and the crowd seem more intent on enjoying the event, not wasting time getting rosy-eyed and nostalgic.

But before we discuss the night’s proceedings in detail, we have to first take pause and marvel at tonight’s venue.

The Anglican Cathedral is one of the most impressive buildings in the country: from the outside its sheer scale and grandeur can take your breath away. Its interior is, if anything, even more spectacular; huge, high spaces designed at a time when its architects were concerned with grandeur and attention to detail rather than the concrete blocks that seem to get flung up today.

The Cathedral has been impressively fitted out for the weekend, its walls lit up, Cream logos projected onto the walls and bars installed. The effect is at once inspiring and anachronistic. Clubbing has come a long way in the last 25 years, from dark, dingy spaces to this most spectacular of settings.

As the crowd take their places, a further indication of Dance music’s recent respectability is evident when Liverpool’s Deputy Mayor presents Cream founder James Barton with a scroll awarding him ‘Citizen Of Honour’ status and another for ‘Freedom Of The City’. In her speech, the Deputy Mayor confesses that she was a Cream regular back in the day and even hints at being part of the scene’s drug fuelled partying. This is surely as illuminating a sign of how much club culture has made its way into the mainstream as we can think of. 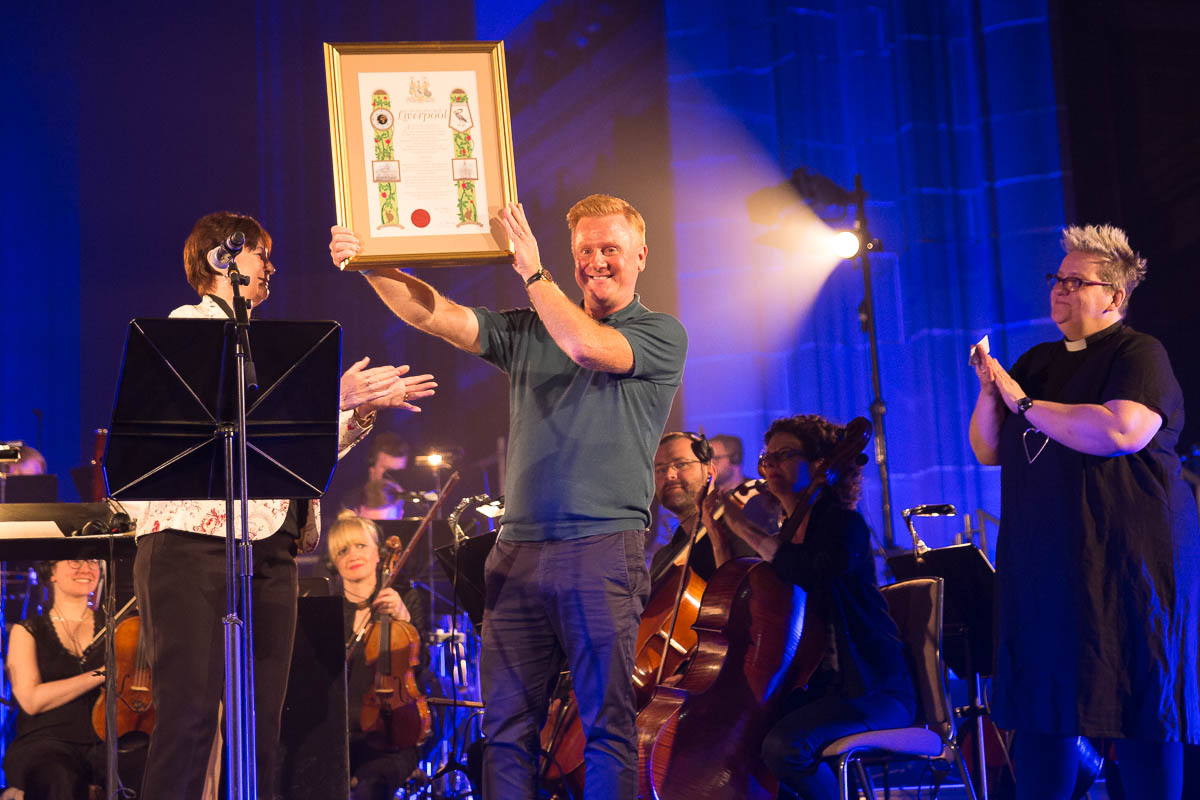 James Barton receives the Freedom of the City

Presentation over and speeches made, it was time for the orchestra and assembled musicians to strike up. The night’s DJs K KLass take to the decks, conductor Anthony Weedon raises his baton, bows are brought to strings and the music starts up. It is immediately apparent that this is not an entirely orchestral evening, as club beats and acid squelches come together. The orchestra take the place of keyboards for the most part and the resultant sound is a full and impressive as the surroundings.

The Mardi Gras and G Love.  Read about the beat of Bold Street here

The songs are played as a DJ mix, with no gaps to stop those assembled from dancing and they come thick and fast. By Cee Cee Peniston’s Finally the crowd are dancing whooping and cheering as if this were a normal Cream night out. The assembled vocalists are amazing and bring the songs alive – much credit goes to them for their work here.

The most impressive aspect of the evening is how the conductor manages to connect so many different instruments, styles and disciplines to create one seamless whole and a truly impressive sound. This is where the magic happens in music, where the efforts of musicians come together, not just the notes they play, but the harmonies and counter melodies that happen when all the instruments collide. Add to that the Anglican’s impressive acoustics and this is indeed a special night.

The audience that are soaking all this up are a very mixed crowd. From mumsy types to glammed up young things, the assembled dancers create a cross section that proves Cream and club culture are as cross generational as any music has ever been.

Some of those grooving look like veterans of the late 80’s summers of love, while other look like their introduction to Cream may have come when their Aunty bought them a mix CD for Christmas. All come together to create a loved up, good natured atmosphere that, despite initial reservations, feels entirely appropriate and at home in the Anglican.

For a dance mix of Barber’s Adagio for Strings, a 15 piece choir take to a high platform at the back of the Anglican’s main room to provide the choral voices, each dressed in white and standing impassive on their platform. As the beats kick in the choristers start to move and the audience are treated to a 360-degree concert. The light show also deserve a special mention here, as lasers and spotlights of every conceivable colour pierce the night and send fans of light over the crowd and the walls of the cavernous cathedral.

The dance floor classics continue to come thick and fast, taking in such Cream highlights as K Klass’ own Rhythm is a Mystery, Robert Miles’ Children and Underworld’s Dark & Long. The string section at the front of the stage seemed genuinely blown away by the sheer noise and enthusiasm of the crowd and as the night goes on, more and more of them start to tap feet and nod heads in time with the dance beats and it is easy to assume that they are having a dance music epiphany of their very own, right there in front of us all.

Encores being a tricky blighter when there are over 60 musicians on stage, the orchestra et al all stay on stage as our conductor takes a bow. The reaction more than guarantees another song and so the night finishes with Daft Punk’s One More Time. Another huge round of applause and it is over, 90 minutes of shouldn’t-work-but-it-does orchestral dance later.

The audience file out – some bound for the after party at the Academy and perhaps some bound for a more sedate end to the evening after a Friday night trip to the halcyon days of clubbing at one of the world’s best clubs. 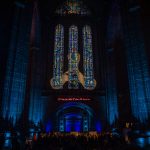 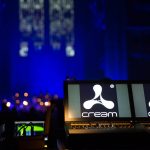 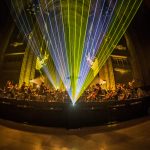 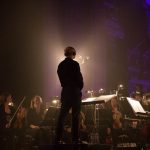 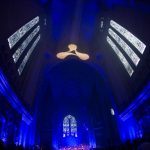 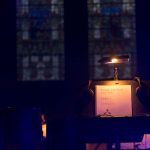 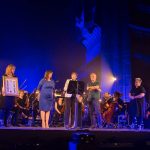 James Barton is awarded the Freedom of the City 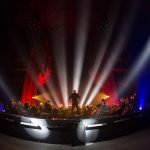 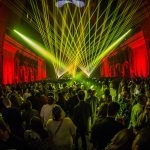 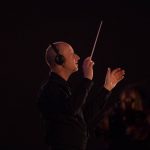 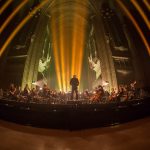 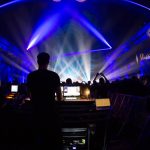 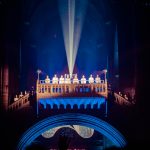 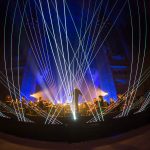