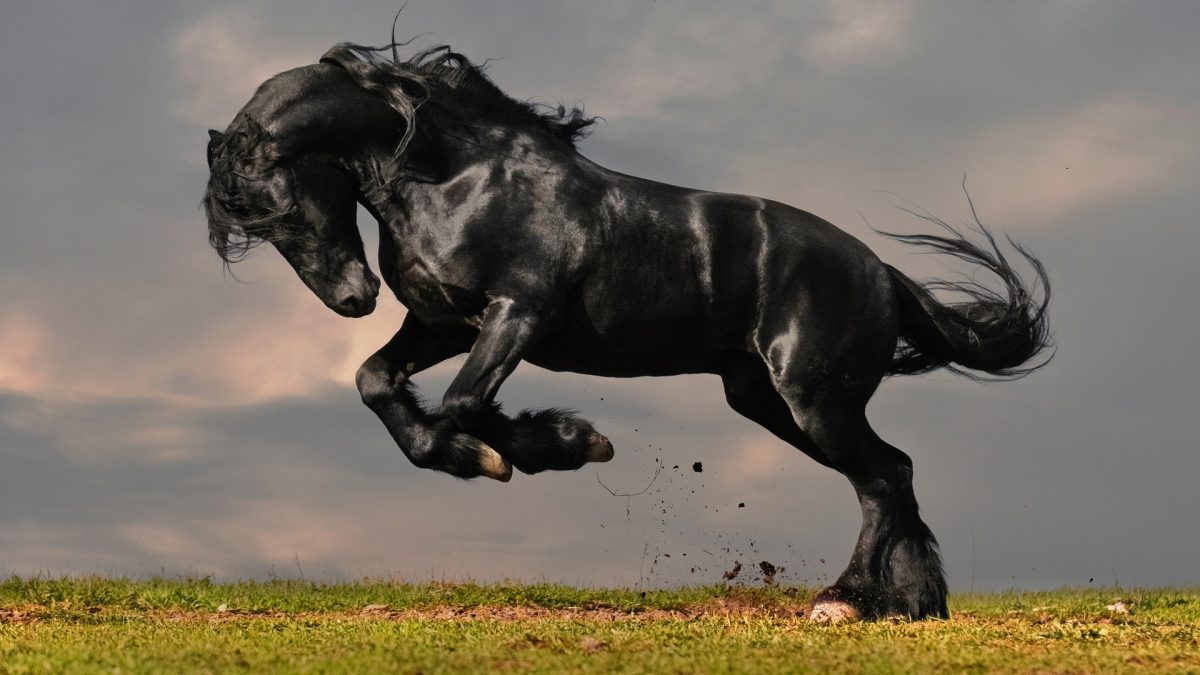 Rock and roll loves its horses

It’s Grand National weekend! Time for dressing up nicely, having a few quiet drinks and a nice polite time at the races. A weekend of cheering home winners and swearing loudly at the TV when your horse falls at the first fence.

As one of the world’s most popular horse races – and certainly the bookies’ favourite day of the year – we’ve decided to celebrate with some songs all about racing and horses.

There’s a few notable tracks that we haven’t included – mainly because you will have heard them too many times before. Patti Smith‘s Horses for example, is a great track but a little ‘on the nose’. America‘s Horse With No Name has been played to death and The Rolling Stones‘ Wild Horses was covered by Susan Boyle, which makes it the opposite of whatever cool is.

Rank outsiders The Osmonds‘ Crazy Horses was in contention, but was deemed rather cheesy. Stewball by Lonnie Donegan was also in the running, but deemed rather twee.

The Doors‘ Riders on the Storm was another we thought might place in the top ten, but we ultimately left it out because it’s shite.

So, after much debate, we were left with the following top ten. Aaaaand they’re off…

If lists of things are your bag, check out Getintothis’ other Top 10’s

We start off with a stream of consciousness from the ever-delightful Tom Waits, regaling the travails of the titular jockey and his drunken antics. It’s a scintillating track, full of inventive percussion and sweet guitar licks. Whether he can make it to the finish line is doubtful to say the least.

Rollicking rock and roll from start to finish, Whip It is perhaps the best known tracks of the madcap Akron new wave band Devo.

Obviously we’re legally obliged to state that whipping is heavily regulated in jump racing and should only be used for safety and encouragement of the horse.

But still, whip it. Whip it good!

Form guide: Disqualified for misuse of the whip

8. The Band: Up On Cripple Creek

The tale of a mountain man, his girl Bessie and some good luck at a racetrack, Up On Cripple Creek positively bounds along. Keyboard player Garth Hudson plugged into a Wah Wah pedal to get that distinctive funky bass sound that takes the track to another level. The soundtrack to a good day’s gambling and boozing.

Featuring Percee P and the masterful Big Daddy Kane, A Day at the Races is a track from J5’s incredible Power In Numbers album. The group of slick MCs trade verses atop the thumping bassline of the late David Axelrod’s Urzine, delivering some of the finest bars of their careers.

Ok, so there’s no horses or actual mentions of horse racing, but it’s a killer tune, the title fits and that’s tenuous enough for us.

A smart updating of Q Lazzarus’ 1988 hit – immortalised by the infamous ‘tucked away’ dancing scene in Silence of the Lambs – this cover from the indie band Venus Infers is perhaps their most well-known track. The song itself is an ode to transcendental meditation, hence the fantastical lyrics.

A true ska classic, Long Shot Kick De Bucket tells the true tale of a long-lived yet pretty unsuccessful racehorse dying during a race after a fall. You wouldn’t tell that from the music though, as the sweet reggae track gets a good run out.

Form guide: Did not finish

A storming track from the Ramsbottom quartet, with Guy Garvey splendidly telling the tall tale of a fixed horse race, complete with drugs, compromised stewards and loaded saddlebags.It’s a hell of a ride.

From 1988’s seminal Superfuzz Bigmuff album, this song from the Seattle rock veterans is about as grungey as a track can get. A slow and churning, almost drone-like track, Mudride’s initial sprawl builds to a triumphant finish, romping past the posts.

2. The Pogues: Bottle of Smoke

The best-named horse of this list, Bottle of Smoke breezes up on the inside to a 25-1 victory. This makes chief Pogue Shane MacGowan pretty happy. So happy in fact that he decides to share the winnings with his wife and children, and gladly retires from ever gambling again.

Obviously, this being The Pogues, the whole song is a ramshackle tour de force, with MacGowan’s trademark ragged vocal delivery turning what could be a nice, twee folk song into one of the most gleefully uplifting swear-along tunes ever recorded.

1. Nick Cave and the Bad Seeds: The Carny

But what of the losers? What about those who have bet big and lost the lot, forced to trudge away from the racetrack and face the consequences? The unlucky ones.

Handily we have the perfect track for you.

Taken from their fourth studio album, 1986’s Your Funeral…My Trial, The Carny remains one of Cave’s most bleak stories. It’s the tale of a carnival leaving town forced to make some harsh decisions about the fate of their horse, complete with a cast of dwarves, geeks and dog-boys.

Naming the horse ‘Sorrow’ kind of gives you an idea of how events pan out.

The whole sorry story plays out to a sublimely off-kilter carnivalesque arrangement of harpsichord, organ and eerily dancing glockenspiel, unrelenting in its oppressive and claustrophobic darkness.