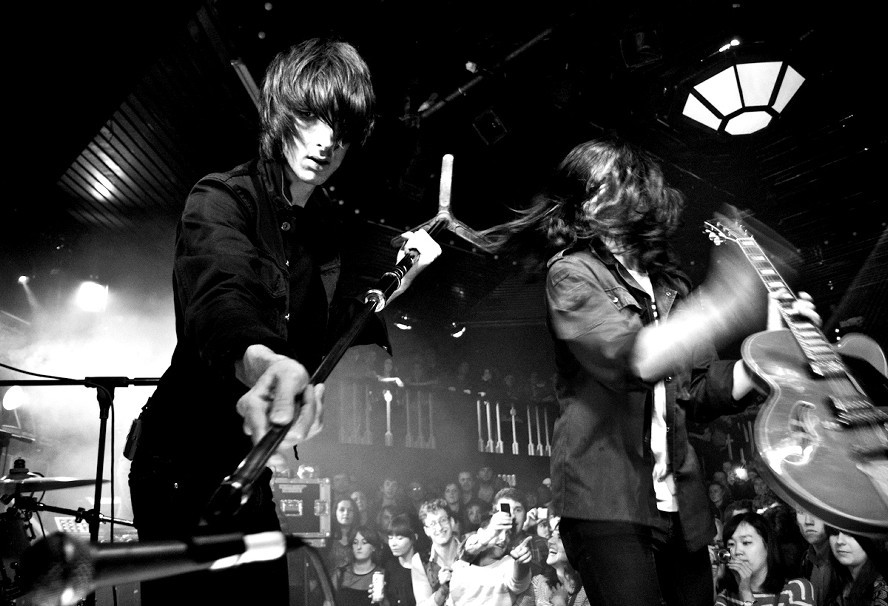 The Horrors have announced an extensive UK tour to support their fifth album and we have three tickets to give away to lucky readers, Getintothis’ Jessica Borden looks forward with relish.

The Horrors have announced an autumn tour to support their fifth album V.

Three years after their last album Luminous, The Horrors return with single Machine showing the band embracing further changes in their sound.

The new album has been promised to be heavier with a punky-garage experimental spirit combined with hints of psych and 80s pop.

‘It is a risk,’ says Faris Badwan discussing the band’s bold refusal to stand still. ‘But life isn’t much fun without risk. It’s the antithesis of being creative if you know what you’re going to be doing every time.‘

The album artwork comes from talented VFX artist & director Erik Ferguson who is known for his abstract and intriguing creative vision.

Keyboardist Tom Cowan continues: “It’s natural, if you do see yourself as an artist, to progress and not play it safe. Bowie pre-empted the modern condition of not being able to stay in one place for very long, and I get frustrated with bands who stay still. Because then it does become a career.”

After recently touring with Depeche Mode, The Horrors will play an intimate gig in London this July before embarking on their much anticipated tour around the UK in October.