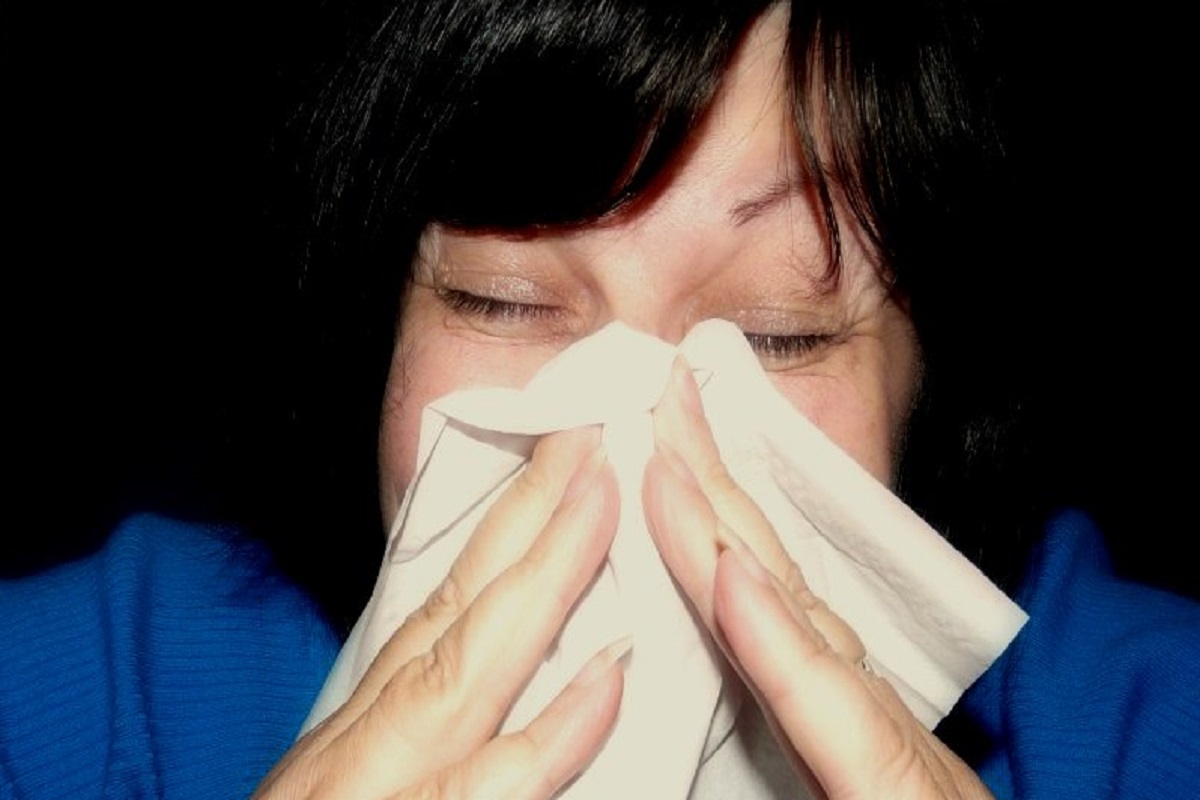 It’s that time of the year again – no, not Halloween or Bonfire Night, but the cold and flu season and Getintothis’ Rick Leach has ten tunes to drive the sniffles away.

As September turns into October and the leaves fall gently from the trees, casting a golden autumnal spell over everything, something else always happens.

We all catch a cold. Sniffles, snuffles and sneezes.

It’s not a pretty sight. Weeping eyes, wheezing and spluttering, we try to carry on regardless. Boxes of tissues, boxes and boxes of paracetamol, Lemsips, hot toddies, Vicks and the Devil’s own cough syrup, Covonia. We’ll try anything.

Some of us it must be said, are less able to cope with it all than others. Some of us (your writer included), develop quite unusual symptoms and ones not generally recognised by the medical profession. These include, (but are not limited to), walking with a limp, groaning incoherently at random intervals and telling anyone who will listen that you feel as ‘weak as a kitten.’

There’s also the strange side effect where you convince yourself you actually have the flu rather than a cold and you have a raging temperature, despite the thermometer telling you the contrary.

It must be said that a lot of these symptoms only really affect the male part of the population and in most cases, women appear to be able to cope with having a cold a lot more robustly than men.

Nevertheless, whether you’re male or female, having a cold is pretty crap and nothing to be sniffed at.

Get on your dancing shoes with our Northern Soul Top 10

As for the flu-well, it’s thought that an especially virulent form of the virus is heading our way this winter.  But as we all well know at Getintothis, music has the ability to make everything better so in the light of this, we’ve picked our Top Ten tunes for the sniffly season.

Forget hot lemon and the rest of those quack solutions, these will all make you feel much better…

As with a lot of these selections, although the artists may think that they’re singing about love and romance or whatever, we really know that at this time of the year they’re banging on about what it’s like to have a cold-or, in your writer’s case-the flu.

Surely that’s what Elvis Costello is crooning about here, isn’t it? (And have you ever noticed that he sounds like he’s suffering from a very blocked nose on this track? It all adds up.)

This is the classic sick tune.

Just having a cold may not lead you into whatever the equivalent of St James Infirmary is nowadays and we don’t want to alarm you- no-one’s going to end up ‘stretched out on a long white table, so cold’ as Satchmo puts it- but a cold does make you feel that you could be getting pretty close.

With this selection from their 2013 album, Tomorrow’s Harvest, BoC summon up exactly how it feels when you’ve had no proper sleep for days, your head is swimming and your levels of wooziness are well off the meter.

They’re wrong, The Beastie Boys. There’s never a good time to get ill.

Well, Mark Everett and the rest of the Eel lads may have been wishing for a bit of Novacaine for the Soul and begging for ‘something so I don’t die’ but we’re feeling a tad more pragmatic here. A couple of brufen and a quick rub down with Vaporub would do us.

Still feel like we’re going to die with this cold though.

And on a pharmaceutical tip, it seems as if Jack and Meg have it spot on.

Despite years of research and millions of pounds being invested in it, there’s still no cure for the common cold.

They’ve no faith in medicine? No, neither have we.

So Skip managed to see a doctor? That’s something.

Mr James was ‘layin’ sick and in his bed’ and in ‘awful pain and misery’? Well, I’ve tried that one mate and it doesn’t get you very far. A couple of paracetamol is the best you’ll get. And not much sympathy either.

This is definitely one of those songs which is ostensibly about the travails of love but at heart is dealing with the effects of the flu.

Just listen to the words: ‘when you move in right up close to me, that’s when I get the shakes all over me- quivers down the backbone, I got the shakes down the knee bone, yeah. the tremors in the thigh bone-shakin’ all over.’

We’ve all been there, haven’t we? Everything shaking and wobbly. We know that Johnny is singing about those horrible flu symptoms, isn’t he?

It’s not love, it’s a virus. Who is he kidding?

You’ve got to hand it to Huey Smith. He does make both pneumonia and flu sound like they’re quite good things to have.

Doing a bit of rough research for this list, apparently one of the best ways of avoiding getting a cold is not to have any bodily contact with anyone who has one.

It’s clear that Mudhoney not only disregarded that advice, but advocated the complete opposite.

Still, they made a great song out of it.

These are our picks. We’d love to hear yours.

And remember-keep taking the medicine.