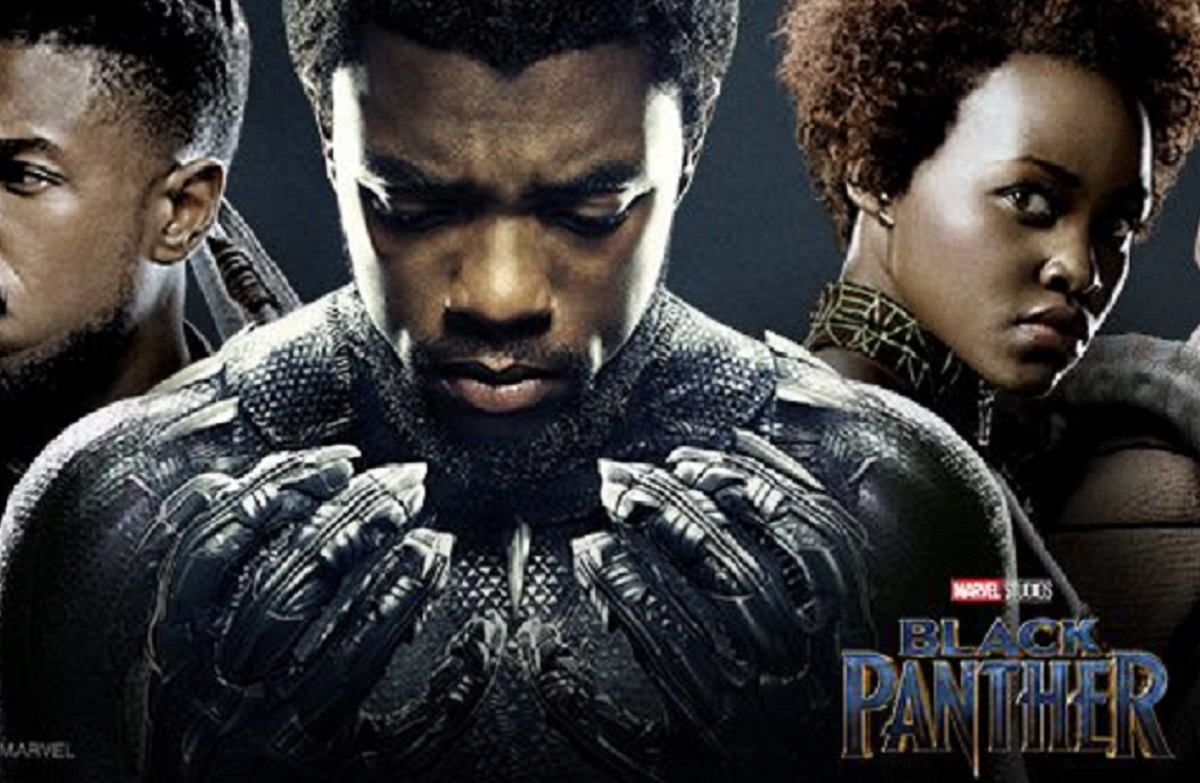 As Marvel’s new blockbuster is released, Getintothis‘ Kieran Donnachie looks at the film and how it fits into the Marvel universe

Black Panther is a stand out in the Marvel cinematic universe for many reasons.

That said, Black Panther isn’t that great a film. You’d think a long-time comic book fan would love every new superhero movie. But no, they are largely mass market, slick, merchandise vehicles these days. Only perhaps 1 in 10 stands out and makes a mark.

The ones that do are those that step away from the spectacle for a while and reflect on their time and place in the world. Black Panther is the first to wear its politics on its sleeve. This is an intentional move from Disney to access the under-represented black audience on a global scale and, sadly, they likely saw this as a risk.

It is however a risk that’s worked out for them, with much talked about box office takings. The film is rightly hailed as a landmark in representation for black creatives in Hollywood. Unfortunately, it didn’t go far enough.

The film is set in a hidden African Atlantis, Wakanda, and follows its King and protector T’Challa. Thanks to sitting on the huge deposit of the unique metal Vibranium, a stand in for Africa’s vast mineral wealth, the people of Wakanda have exceeded all other civilisations on the planet.

Seeing the power afforded them by the metal they retreat into isolation to keep that power falling into less worthy hands. It’s this isolation that makes for the most interesting parts of the film. The set and costume designers have built an African culture unfettered by colonialism and the Third World label.

The skylines are colourful and distinctive— utopian architecture that weaves the natural and industrial. The clothes are simultaneously modern and East African. Wakanda is the most memorable and well realised setting in the comic book genre.

The country’s exile also affords the conflicts of the story. Why did they sit by while Africa was pillaged for its land and people? Why do they sit by while America exploit and oppress their descendants? The villain, Michael B Jordan as Killmonger, is one of these descendants who grew up in California, raised on tales of Wakanda but grew to hate it’s pacifism.

These themes are challenging for a Western audience and more interesting than the usual black and white heroics, yet they are under explored. Killmonger spends far too much time off screen.

He’s a black ops soldier with a disturbing aptitude for killing and working for the imperial interests of America that he so fervently opposed. It’s fertile ground but much of the nuance remains in the background, leaving you with the angry vengeance of the usual ten a penny villains. The hero too is lacking.

Jurassic Park turns 25: a look back at a cinema classic

T’Challa’s struggle in the film is the loss of his father, T’Chaka, as he assumes his throne, all while realising the consequences of inaction. Chadwick Boseman does a fine job, but his character lacks the inner conflict that could elevate him even further.

It’s there but again is given little screen time. Instead the action often takes centre stage, but is extremely lacking. It’s strange considering Coogler’s Creed had an amazing one shot boxing scene, but as soon as Black Panther dons the suit the film falls flat. 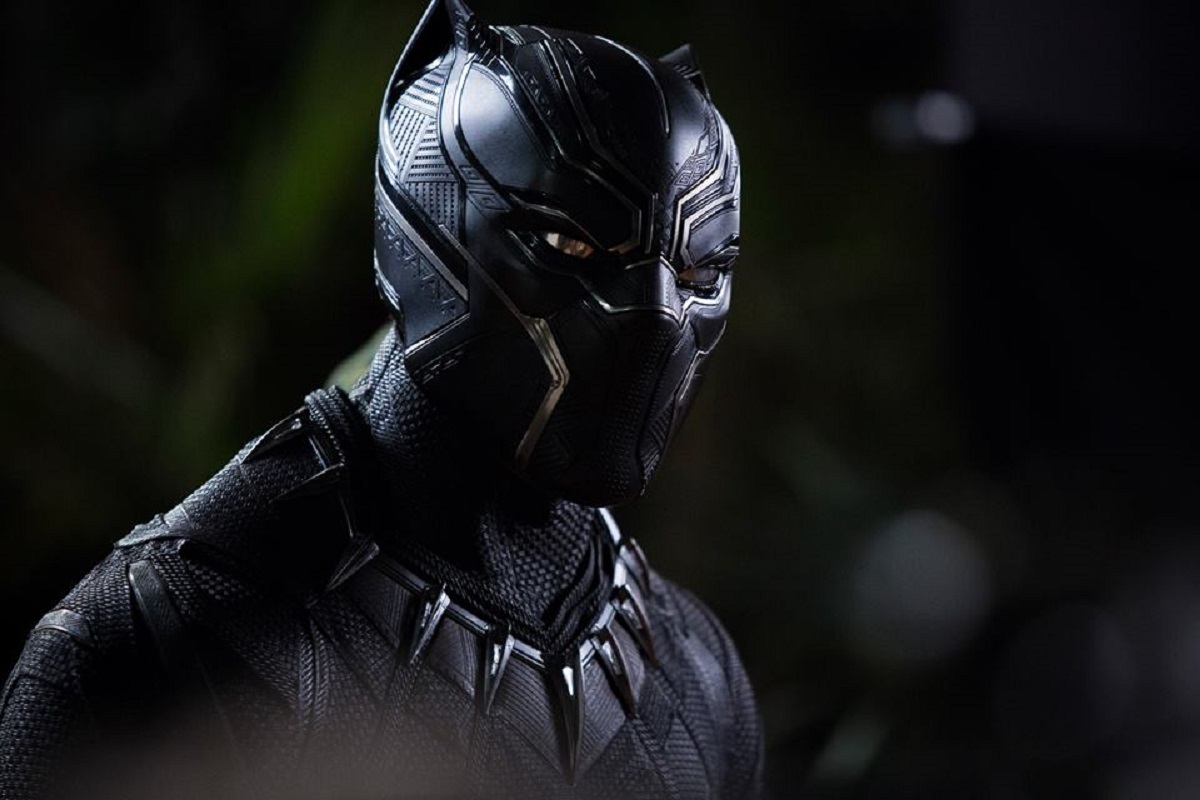 Made of Vibranium, T’Challa’s suit is near indestructible, coupled with his superior strength and reflexes he deals with everything far too swiftly. Action scenes work on a push/pull tension and vulnerability in the protagonist heightens this even further, it’s not enough for them to just do “cool shit”.

Films like The Raid engage with incredible choreography while hurting their lead throughout, and my personal preference of a struggling protagonist scared of their own violence à la Blue Ruin even more so. It’s felt most harshly in the largest set piece fight of the film between the forces of T’Challa and Killmonger. Coogler’s style of direction works far better on the more intimate clashes, evident when Black Panther’s allies get involved.

They’re the foundation for a more subtextual theme in the film, tradition versus change. His General Okoye is dutiful to a fault, squirming below a wig hiding her symbolically shaved head while fighting with a traditional assegai spear.

Nakia, a spy and T’Challa’s former lover, pushes for an open Wakanda, she uses guns or anything on hand in a fight. They’re heroines that aren’t over sexualised or given a supportive role in the plot, avoiding the clichés that are fast becoming a thing of the past.

The theme bleeds out into the wider film, most clearly seen in its music. It leaks from the cars of nameless goons, Shuri plays it in her lab. Despite its isolation the culture Wakanda has watched grow from afar has begun to creep its way into theirs.

It’s both enemy and child, an inevitable future eroding at their traditions that become more ceremonial and less significant. The music represents the core dichotomy of a country that still operates with a tribal structure with technology that is years ahead of anything else in the wider world.

The soundtrack is generating a buzz equal to that of the film, due in part to its producer and curator Kendrick Lamar. The artist has carved a kingdom of his own in the hip hop world, becoming a political voice all while dominating from a on a pure skill level. It’s certainly a coup on director Ryan Coogler’s part.

Lamar’s lyrics flesh out characters more than the film does, and makes for essential listening. He brings in other huge names too; his TDE label mates and other chart toppers like The Weeknd and Travis Scott. Take a look at the charts and you’ll see both the single, All the Stars, and the album itself near the top.

It’s not odd to see blockbusters tie in with artists to get a hit single, but the success here is unprecedented. Hip hop has long had strong ties with comics and Marvel, especially the East Coast. Pseudonyms like DOOM and Tony Starks pay homage to Marvel characters and the imprint itself has released variants of their titles adapting well known album covers.

It’s great to see these strong links come to fruition, but the spectre of cynical capitalism on Disney’s behalf looms over and sours it some. 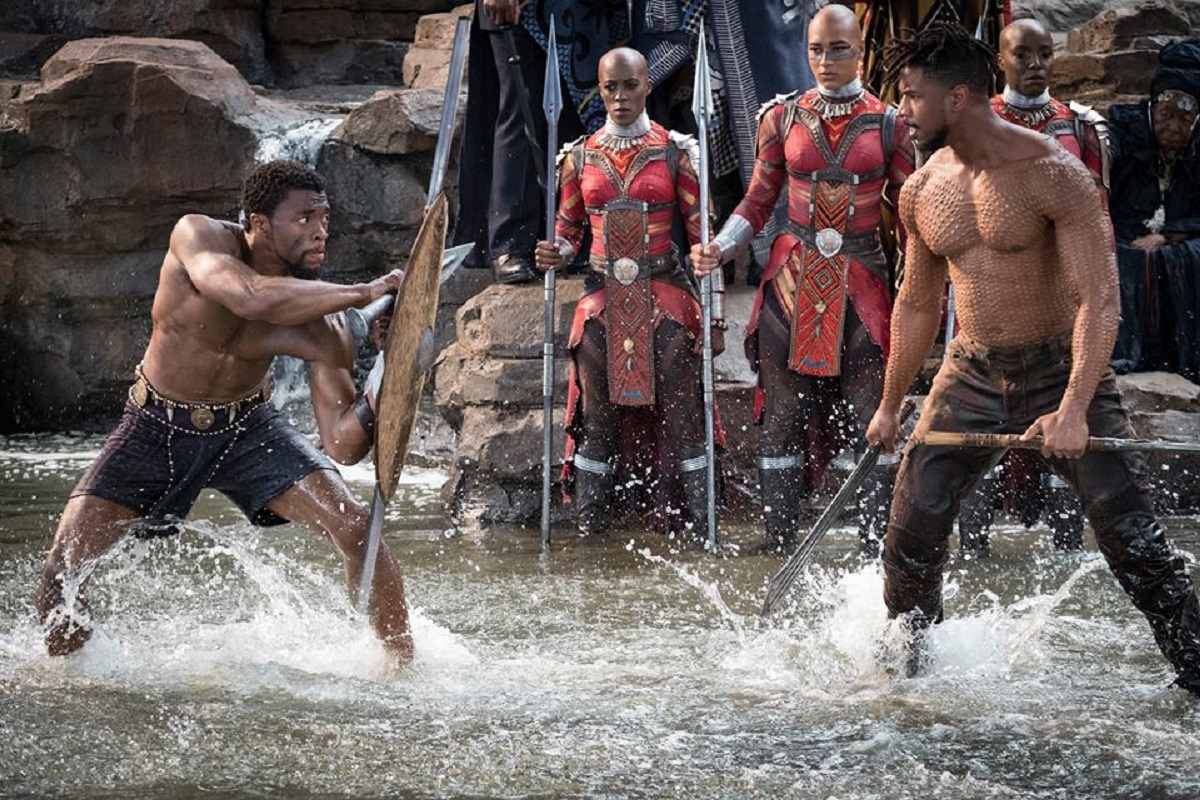 Their corporate touch is most visible in Martin Freeman’s character, CIA agent Everett Ross. Originally created by Christopher Priest, he was a bumbling idiot used in Black Panther comics as a surrogate for how white audiences, and seemingly Marvel, viewed the titular character.

He’s vastly more competent here, but given the themes is completely out of place. The irony of a CIA agent keeping the secret of Wakanda and aiding them in their anti-colonial efforts is incredible. He enters the story undermining Wakanda, is called coloniser by T’Challa’s sister Shuri and recognises Killmonger as a black ops soldier.

All references to his involvement in acts and ideologies the film directly opposes, yet he closes the film out as a hero. The script drops every opportunity to explicitly comment on current practices of America, national and international, in doing so it disappoints.

Be glad to see a more nuanced blockbuster. Be happy to see a Hollywood film that is from minority creators. Be ecstatic to see Black Panther succeed. It’s an important message to those holding the money looking to make more that, yes, you don’t have to make bland universal films that appeal to “everyone”.

This film will change blockbusters for the better, just not by the merit of its content. Disney are more than happy to take advantage of the long awaited push for representation, especially after casting, an admittedly brilliant, Tilda Swinton as a Tibetan monk in Dr Strange.

Cynicism aside however, they did it right with Black Panther. The creative force behind the film, Coogler, is a powerful black voice in Hollywood. It’s easy to dismiss the film as an important black superhero film, Blade was one of the original Marvel feature films after all, but it’s no surprise Wesley Snipes himself was pushing for a Black Panther film in the 90s.

Both films are rare beasts were the lead’s blackness is not being shied away from. But in Black Panther the characters and the film deal directly with racial issues, where Blade obfuscates it in vampire metaphors.

The former questions the need for violence in protests against the oppression of black people, represented by Killmonger’s desire for armed resistance. In a world with an advanced society able uplift the oppressed this makes sense, but the world has no superheroes on hand.

The message is eerily similar to that of the white moderate outlined in Martin Luther King Jr’s letter from Birmingham jail. Peaceful protest is preferable, but it’s also a little idealistic. Black Panther posing these questions making millions is a big step in the right direction and a cause for celebration, in spite of being more than a little defanged.