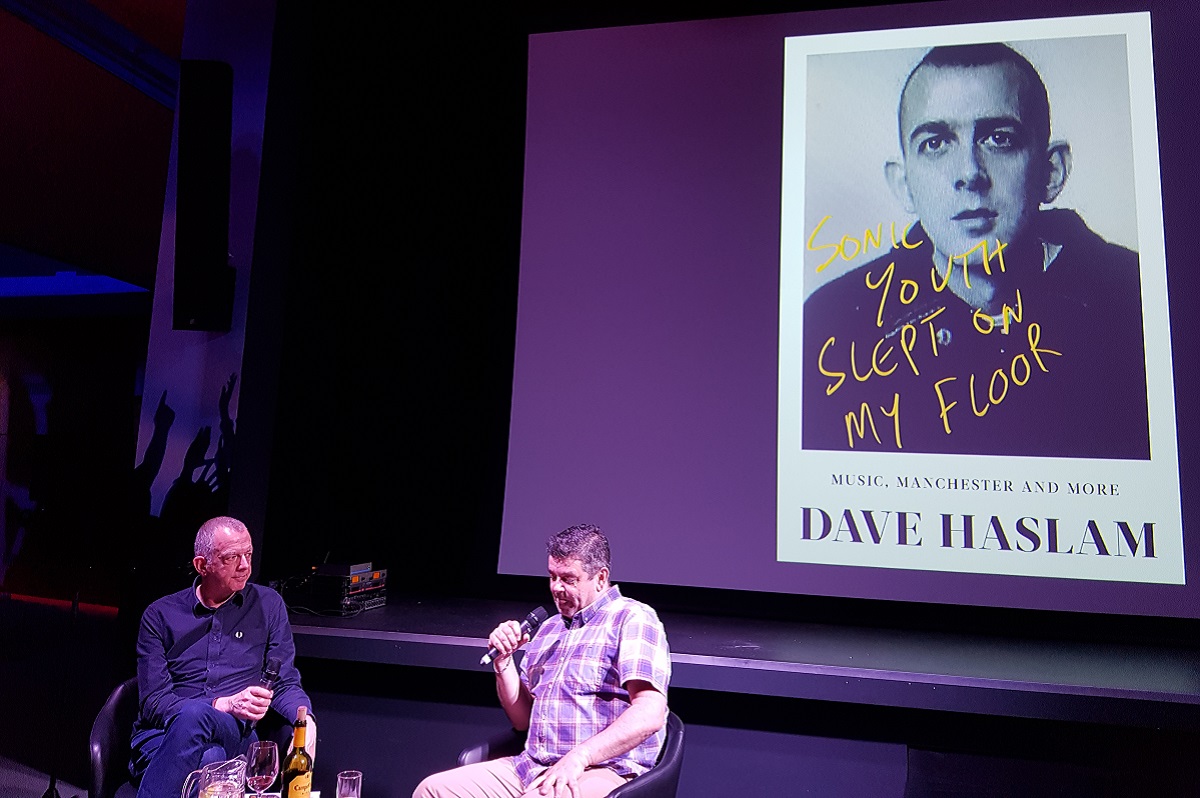 Following the publication of his autobiography, Getintothis’ Banjo catches DJ legend Dave Haslam’s Q & A at the British Music Experience.

In Getintothis’ recent interview with Dave Haslam, we asked if his career was largely the result of him happening to be in the right place at the right time.

This assumption actually does him an injustice, making it sound like luck rather than judgement has been responsible for his success and extraordinary career, where the reality is that Haslam is a person with a keen eye for an opportunity, a sixth sense to intuit which way the cultural wind is blowing and the undimming enthusiasm to make himself part of things.

Yet listening to him talk and read a few excerpts from his excellent autobiography, Sonic Youth Slept on my Floor, he again exudes a natural, unassuming air that gives the impression that his stories such as being threatened by gangsters in the Hacienda, taking Tracey Thorne shopping and having Morrissey round for tea are all quite natural everyday events.

They aren’t, of course, but such is the life that Dave Haslam has led.

The first part of the night consists of him reading a couple of sections from the autobiography and it is a pleasure to have the book brought to life in this way. Tales of Haslam’s first foray’s into music promotion and writing the Debris fanzine are told and we are taken back to post punk Birmingham and Manchester, along with the Hacienda/Madchester years.

Manchester Gigs of the Month: June 2018

Conspicuous by his absence tonight is Paul Morley, who was meant to be interviewing Haslam tonight. Taking his place is face about town and Getintothis contributor Paul Fitzgerald, who takes us through Haslam’s life via a series of questions and observations of his own.

One of the night’s best questions is one that Fitzgerald admits to asking frequently, and one that many of us have asked ourselves over the years – just what happened to Morrissey to turn him from the person we fell in love with in the days of The Smiths and into the controversy magnet that he seems to be today, spoiling his legacy with pronouncements that appear designed to shock, sicken and generate column inches.

Haslam tells us that although he had a good relationship with Morrissey in the early days, he has tended to have these kinds of relationships with people before they became famous, rather than after they had been sucked into the publicity machine of fame. He also says that Morrissey appears to have become surrounded by people who support his ego and tell constantly tell him he is right, which would be a dangerous position for the best of us to find ourselves in.

Tales of him selling his entire collection of vinyl raise gasps from the audience, especially as it contained such gems as the last record ever to be played at The Hacienda, but he genuinely sounds liberated from, as he puts it, ‘the tyranny of stuff’. This is something that surely strikes a chord with those in attendance who are wondering what to do with their collections, currently gathering dust and warping in lofts and basements. As someone who gave away their vinyl collection some years ago, I can agree entirely with the attendant feeling of liberation that can result in letting go of stuff. As Haslam says, it is the music that counts and we are all still able to play this whenever we want. 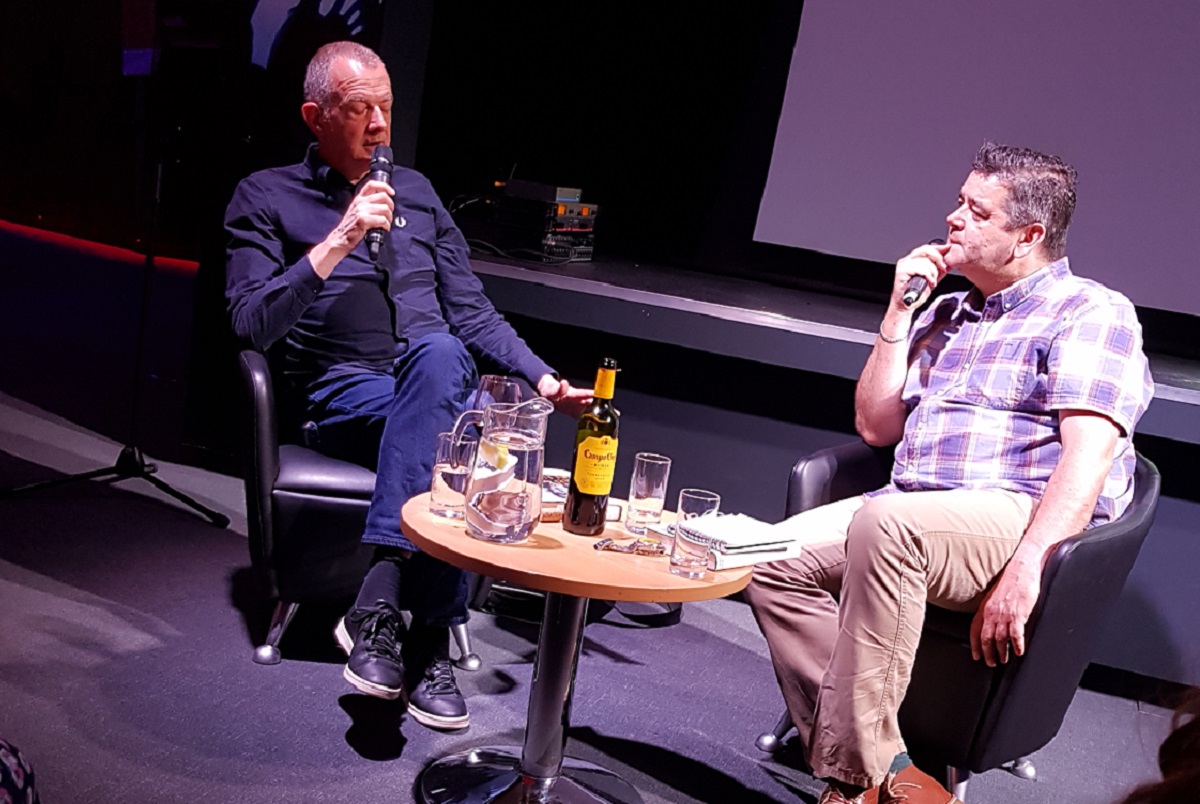 He is a great interviewee in that one short question can result in an answer that can travel several side roads, taking in several other random topics, before returning to the actual answer. A natural teller of tales, his casual approach turns the formal setting of tonight into an enjoyable chat with a friend.

One part of the night where Haslam’s laid back approach threatens to leave him is the final reading, where he details his response to the Manchester Arena bomb attack. He tells us he deliberately left this reading until the end as he ‘may not be able to talk afterwards’. It is clear that this tragedy and the way his city responded still resonates deeply with him and an understandable edge of emotion creeps into his voice as he places himself once again in the hurt and turmoil of the attack’s aftermath.

His emotion, as his enthusiasm, is contagious and those listening are placed front and center of the emotional repercussions of what has obviously affected Haslam deeply.

But Haslam believes in the healing power of music and he will rise as everybody affected or touched by the tragedy will rise. He hints at plans for curating a small festival in Manchester later in the year, telling us an announcement will be made soon.

Whatever form this takes, we can rely on the fact that it will be the result of his customary care and enthusiasm. His autobiography may be done, but there are plenty more projects, much more music and a lot more tales still to come. Watch this space.