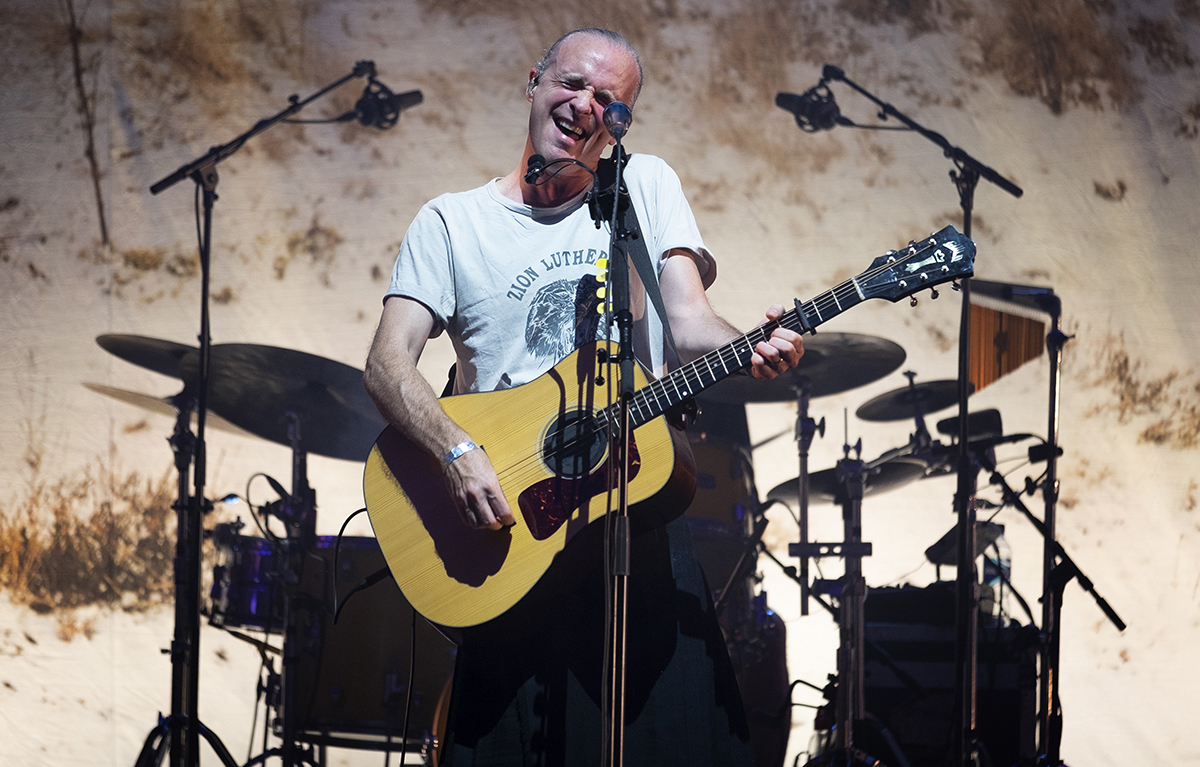 As Travis kick off their anniversary tour for The Man Who at the Philharmonic Hall Getintothis’ Howard Doupé wanders down for a gander.

Let’s not berate Travis for this kind of ‘step back in time to our heyday album’ tour. They’re all at it for goodness’ sake. What we’re keen to know is, can they pull it off and deliver above and beyond what 20 year old memories allow for.

Starting at the bafflingly early time of 7:35pm Turin Brakes take to the stage. The set was a strong one of more familiar cuts mixed in with a handful from their latest release Invisible Storm. A performance that included such highlights as Painkiller, Fishing For A Dream and a beautifully road-worn version of Underdog (Save Me). Here’s hoping it succeeded in convincing a few peeps to revisit their solid back-catalogue and spur a few new album sales from the merch stand.

Not knocking the set, it’s frustrating that the sound mix was just that, a bad mix. The vocals were lost in the cavernous quality of the Philharmonic. In comparison to lasts October’s Arts Club gig tonight they really suffered from playing in front of a seated, subdued and superglued audience. Sunday night blues by any chance?

Cracking on, Travis take to the stage under a floor to ceiling sized backdrop of The Man Who album artwork. This band of four could do their own Abbey Road cover so are the visual uniqueness on the time-woven personalities on show. The suavely suited Dougie Payne on bass, Celtic kilted frontman Fran Healy, heavy day at the office-vibe guitar-maestro Andy Dunlop and behind the kit Neil Primrose complete with Garbage-era Butch Vig floppy fringe.

The album rolls out for all to peruse. It’s in fine form, moulded and affectionately shaped like a child would parade forth a much loved toy during a weekend visit from an unfamiliar distant family relative.

Manchester conference and showcase Off The Record announces biggest lineup yet

By the time we hit Driftwood (four tracks in, if you’re counting) the fine scouse crowd find their voice. When the set reaches Turn, forth single from The Man Who, it’s the first track to get them on their feet.

Healy then has his first wee chat of the night, setting the scene for undoubtedly the albums ‘big hit’. Is it any surprise it was written on holiday when it was ‘pishin’ with rain’.

The most heartfelt moment comes with the revelation that Luv bears its origins as a desperate attempt to win back after being jilted by and ex-lover. As time only can, Healy reflects with humour rather than embarrassment. ‘C’mon ladies, if you received this about a month after ditching a bloke…check it out!’ There’s tongue in cheek with every anecdote shared that help pad out the wider context- a sneak peak through personal memoirs.

As the main set concludes with the hidden track Pale Blue Light, sound-wise it’s the most aggressive Travis have got all night. When the lights go down there isn’t the usual eager cheer of a demanded return to stage but instead there’s low-level noise. The band have just gotten off, y’know?

It’s 9:40PM and the rest of the set comprises of a Travis’ most played playlist. There’s a surprise outing for Last Train, hopefully this trend of the surprise appearances will continue throughout the tour. With everyone on their feet Side hits like a bullet and finally, finally it feels like we’re at a gig.

As the end hurtles towards us, it’s hard not to warm to the charm of Healy. Eespecially when their infamous throwaway cover, Britney Spears’ Hit Me Baby One More Time is rarely dedicated to 89 year old Anne who, quite rightly so is sat in a box. Forever the gentleman Healy sends out the parental advisory sticker ‘Anne, I must warn you this gets a little sexy.’

Job done, first night under the belt as the celebratory tour carries on nationwide. If you’re planning on going then you’ll no doubt enjoy the trip down memory lane. Spot on lads. 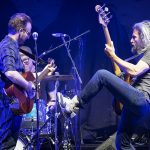 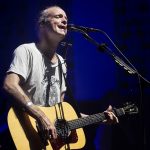 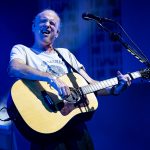 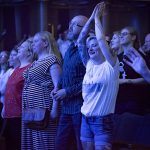 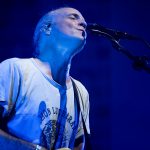 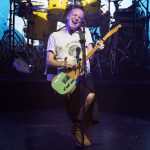 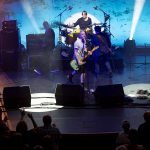 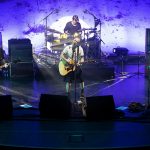 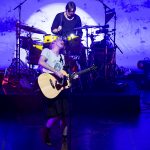 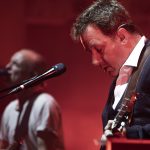 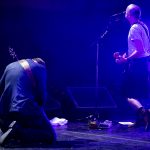 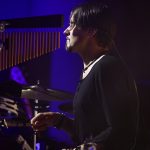 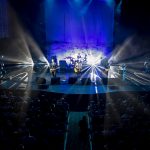 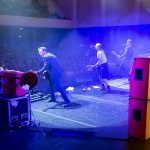 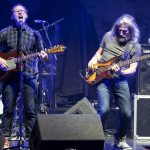 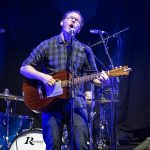