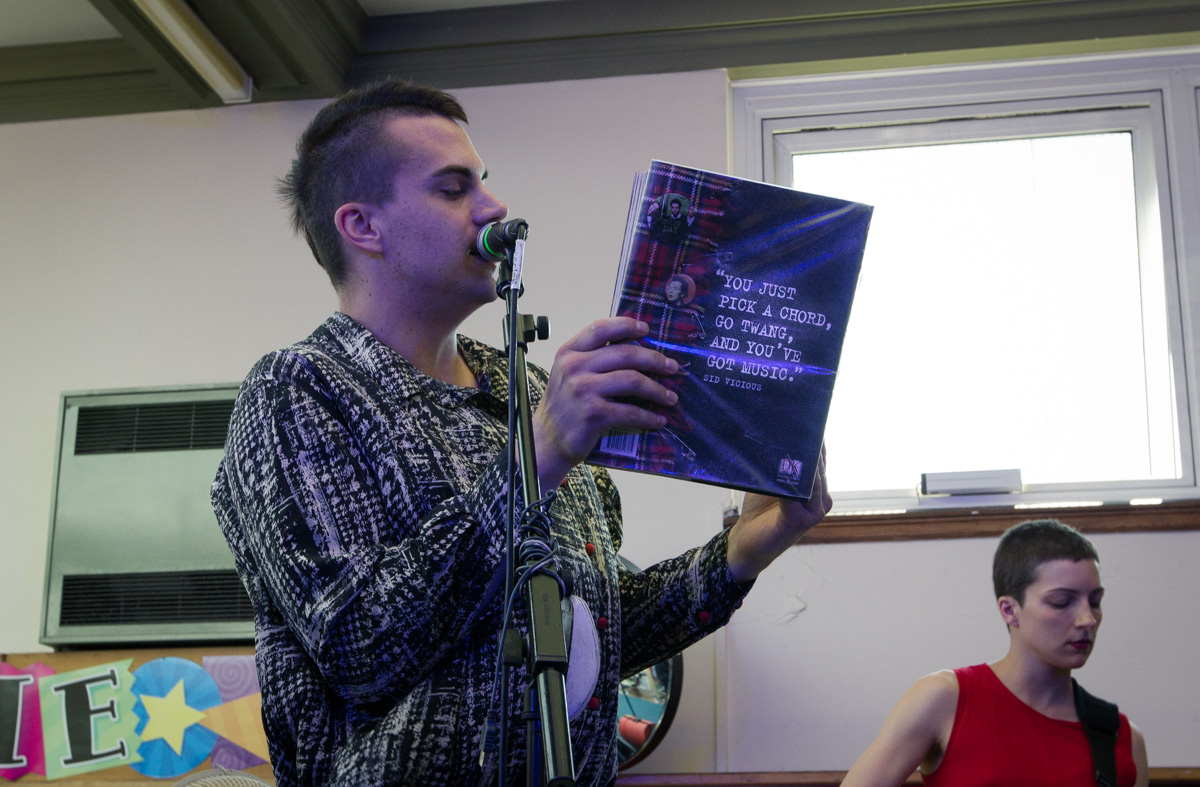 Bodega bring their jangly punk to the latest in the Get It Loud In Libraries series and Getintothis’ Lucy McLachlan tripped over to the Wirral for a Sunday afternoon gig.

We find ourselves in the children’s section of Birkenhead Central Library on a stifling Sunday afternoon waiting for an art punk gig.

How did we get here? We’re not quite sure. People in the crowd who got the bus over from Liverpool say “I think I saw a train station somewhere near.” We figure this is why we need more live music on the Wirral, we need to venture out more.

But enough about football, we’re at a gig in a library!

Get It Loud in Libraries are doing an amazing job at putting on super cool bands and artists in libraries around the country.  We’ve covered the likes of Cherry Glazerr, Amanda Palmer and Lucy Rose before and they’ve all been incredibly one off intimate shows, this one is no different.

Beija Flo starts things off, it’s 3pm and the sun is blazing through the many windows in the room.  It’s like a greenhouse.

There’s no alcohol, but plenty of water, this is a family event after all and our support is battling nerves trying not to get too dehydrated whilst also watching her language and being on her best behaviour for the kiddos up front.  It’s a handful to manage, but being the perfect little entertainer she pulls it off, being oh so charming when letting an f-word slip…most of those little ones had ear defenders on anyway!

Songs like Merseyrail Blues and Mary stand out, these aren’t necessarily catchy songs to stick in your head, it’s more the feelings going into the performance of the songs and real life experiences we can all relate to…mostly.

Beija Flo explains her own personal encounter with MRKH, a disorder where a person is born without reproductive organs to the audience which is always a powerful story to hear as she brings it to a level the crowd can understand.  “There’s no books here on it, so I’ll write one” she tells us.  The music is lush and her voice powers through so you hear her words and feel her emotions as the story unfolds.

Onto our main band, Bodega appear onstage bringing with them a book on Punk The Whole Story to read from.  Huge props to Get It Loud in Libraries for bringing the Brooklyn band all the way to Birkenhead. If the book  Meet Me In The Bathroom left you feeling nostalgic for that early 2000s New York artsy post punk sound of The Rapture, Liars and Clap Your Hands Say Yeah? This was the perfect remedy.

What followed was a short sharp show full of energy even in the stuffy heat. Ben Hozie’s shirt billowed from an industrial fan on the side of the stage.

Songs like How Did This Happen and Jack In Titanic were stormed through with witty socially observant lyrics to match (‘Your playlist knows you better than your closest lover’) sounding like Le Tigre meets the Modern Lovers with spikes of guitar sounding like Television’s Richard Lloyd.

More songs from their debut album, released just two days ago, were shaken out across the library floor Can’t Knock The Hustle, Gyrate and Charlie also stood out as the band knock around the stage throwing shapes, arms and legs are flying everywhere.  At one point their guitarist loomed out over the audience, making eye contact with various crowd members, definitely more daunting in daylight than hiding in the shadows of a dark gig.

At the end of the set, which we couldn’t tell if there would be an encore or not as there were no lights to put up in daylight, we were definitely left wanting more, but maybe outside, in a cooler spot!

This is a band we need to see more of. Library staff at the end of the show were handing out post it notes to write feedback and stick on a board which included ‘Bring more gigs to Birkenhead’, ‘Make Birkenhead great again’ and ‘Rocked the Wirral’ makes you see that Get it Loud in Libraries might just be on to something here…

On the train home we’re next to a young girl and her Dad, this was her first ever gig.  A New York punk band in a library, how much cooler can you get? 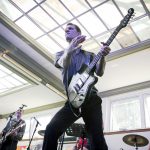 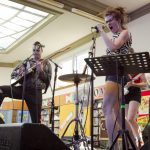 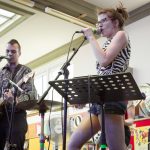 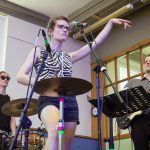 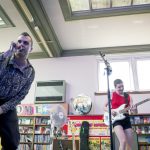 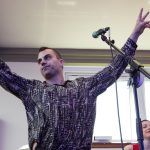 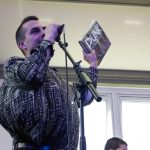 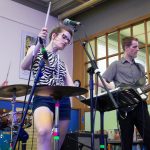 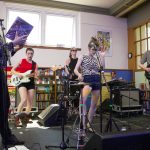 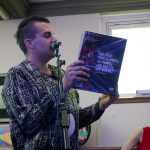 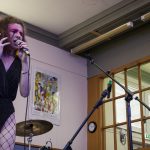 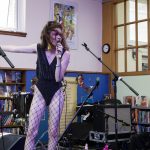 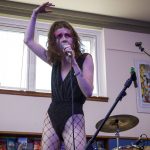 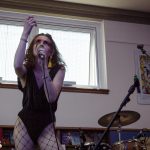 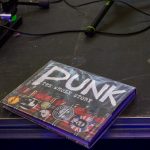