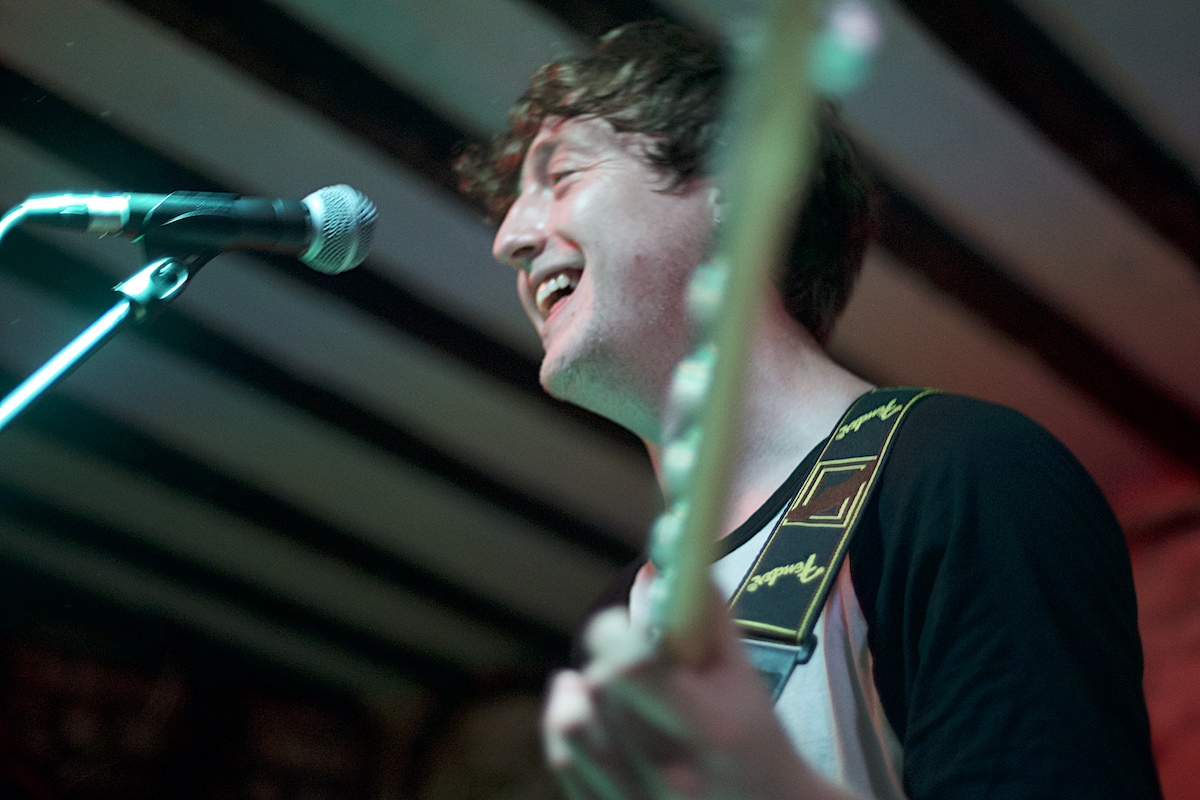 As the Welsh Music Prize is announced this evening, here’s Getintothis’ Cath Bore with the latest Azooga-ooga news.

The Welsh Music Prize seeks to celebrate and highlight music made in Wales or by Welsh people around the world.

At a ceremony in Cardiff tonight, Boy Azooga were revealed as this year’s winner.

Boy Azooga’s star has continued to rise over the last year, Davey Newington’s outfit a popular choice to take home the trophy, selling out venues up and down the UK on the back of the release of impressive debut 1, 2, Kung Fu! on Heavenly Recordings.

The band make a welcome return to Liverpool on 1 Dec, at District and are currently recording a follow up long player.

Stalwarts Manic Street Preachers’ latest Resistance is Futile got a nod, as did previous winners of the prize Gwenno for Le Kov, recorded in Cornish,  and Super Furry Animals’ Gruff Rhys for his fifth solo LP Babelsburg.

Rhys plays to a sold out Liverpool Arts Club next week, supported by Group Listening, the side project of former Welsh Music Prize nominee Sweet Baboo.

12-string guitarist Toby Hay, has links with the south west, and in his nominated album The Longest Day, he recounts his travels to the US via Cornwall.

Bryde’s nominated album Like an Island was released in September.

Bryde is the project of Sarah Howells, who is also part of the acoustic act Paper Aeroplanes. She plays Jacaranda Records – Phase One on 20 Nov.

Releases courtesy of small and new Welsh labels make up a third of the albums on the shortlist.

Alex Dingley’s weird and wonderful Beat The Babble displays exquisite songwriting that manages to be both bracing and heartfelt. It was recorded in the US with Cate Le Bon and her Drinks bandmate, Tim Presley and released in the UK via Libertino Records.

Paul Simonon from The Clash confessed recently he is ‘humbled’ to hear the lyrics “Sandinista! on my stereo” in the Mellt song Rebel. Mellt play the Off The Record new music festival in Manchester later this month.

Adwaith, She Drew The Gun, Girl Ray discuss why 50% of new guitarists are female

There’s a self-released album on the list as well, Trunks by Seazoo; they perform at Telford’s Warehouse in Chester on 16 November.

This year the ceremony for the first time included the Welsh Music Inspiration Award, or Gwobr Ysbrydoliaeth Gerddoriaeth Gymreig. It was awarded to Meic Stevens, a major figure of Welsh popular music for decades. Stevens is one of the most recorded Welsh artists of all-time, producing music in both Welsh and English.

Dubbed ‘the 60s welsh Dylan’, the psych-folk singer and guitarist has recorded 27 albums and is a true pioneer of contemporary Welsh music, instrumental in developing the art of studio recording in Wales.

Meic Stevens and The Gentle Good performed at tonight’s shindig, with up and comers Adwaith, Buzzard Buzzard Buzzard and HMS Morris playing at the ceremony’s showcase mixer earlier in the evening.