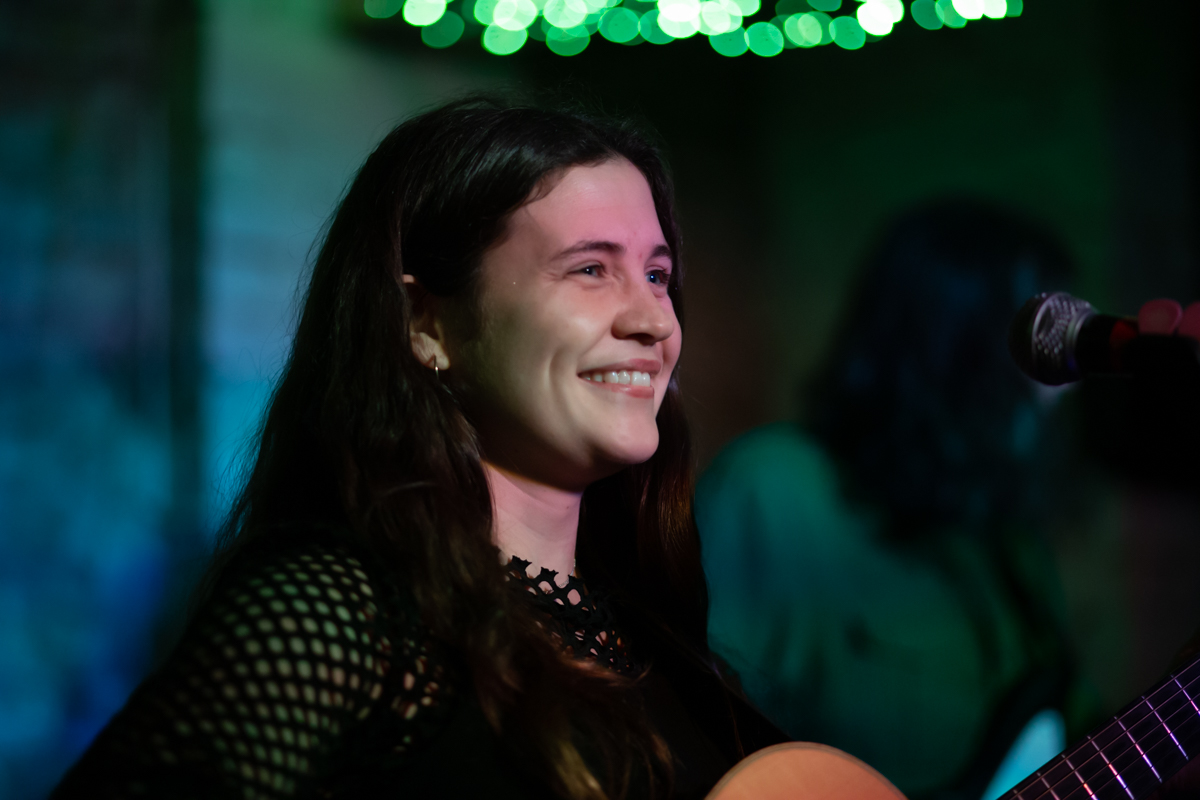 Katie Mac delivered a storming gig at Sound Basement and Getintothis’ Peter Goodbody was there to see a top quality line up.

Katie Mac as near as dammit sold out Sound tonight, which is no mean feat, seeing as she does all the booking, organising and promotion herself.

It was a strong line up as well with much to look forward to, even though the absence of Nikki and the Waves was a bit of a disappointment, the three supports offered a class warm up before Katie blasted the walls out of the basement in Sound with her aggressive and edgy brand of rock.

With a classy five track EP – Believe – released last year and another EP on the way next month, Katie’s star is shining bright. The addition of a full band definitely makes a difference and raises the bar way above any description of Katie as an acoustic singer / songwriter. For a start she sports an electric guitar some of the time.

However before we get to that bit, there’s the matter of the supports. Rachael Jean Harris starts. “Are you having a good time?” She asks. “Well we’ll see to that. This is a song inspired by Death Row. It’s called Carson.” It’s the new single and it’s rather beautiful.

As is the rest of the half an hour so set. Harris has the voice and can hit the high notes with ease. Her guitar playing is sparse, perhaps but given a lift by her accompanying bass player, Jamie Brewster.

“This next one’s not about prison. But it’s not a happy song either.”

“They ploughed our backs and scattered our bones…” she sings to nothing more than the rhythm of her tapping foot. Great stuff. Really.

This was intelligent music for grown ups and we were sold.

Sound basement is filling up for Chloe Foy. She has an impressive pedigree. She has previously collaborated on a residency with Beth Orton, has played at SXSW festival. And she’s been noticed by Steve Lamacq on his BBC Radio 2 & 6 shows.

Although from Manchester, this is the first time she’s played Liverpool and it won’t be the only one, we think. Strains of folk, indie and classical all get thrown into this melancholic mix. “It’s very easy to write sad songs” says Chloe, “and this is another one” she says before playing Evangeline. A love song full of passion, missed chances and angst.

Not a note out of place. We can see why she’s causing eyes and ears to twitch in her direction.

She’s accompanied on stage, not only by her own acoustic guitar, but also by an electric guitar and a viola player. Again, this provides a depth and feel to the songs that just hits the right spot.

By the time Tilt arrive on stage the Sound basement feels like it can’t cope with many more bodies.

But that’s fine because we get a really tight set of indie / art rock from the Brighton four piece. There’s a kind of urgency and directness to their songs with knife sharp rhythm and stabbing guitar chords.

It’s speedy at times, but they’re not afraid to slow down either, to give us a chance to draw breath while they experiment with effects and pedals.

There’s a wide range of ideas here and if you have any time for bands such as Spoon, REM and Pond, then we’d think you could do a lot worse with your time than check out this lot. There’s a new album due later in the year to look out for.

Katie starts off slow for the first few numbers. Piercing ballads and Americana style grooves. Take Me Dancing, perhaps, being the highlight of the opening salvo. A plea to be taken dancing on the kitchen tiles seems to tug harder than it ought. It’s Tom Waits’ and PJ Harvey’s bastard offspring and Sound is loving it.

Her voice has a special kind of power and strength that grabs you by the neck, shakes you around and won’t let go till she’s done.

Katie ramps up the vibe with Eye To Eye and it seems like the cue for a mass singalong. These are fans in here tonight and it’s good to see.

“Hi, I’m Katie Mac. This is the band and we’re from Huyton. Thanks for coming down. It was hard to put this gig on.” We can well believe it, what with Nikki dropping out and Katie telling us earlier she arrived at Sound this afternoon to find there was no sound engineer.

Of course, in the end, the show went on. And what a show it was. Katie Mac deserves to be better known, even if, as her opening song has the refrain “Wherever I wander, I’ll always return. Huyton’s my home”.

This was a superb gig with a top class line up. There wasn’t a bad band or a bum note and kudos to Katie for getting it sorted. 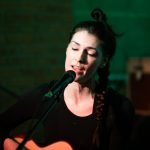 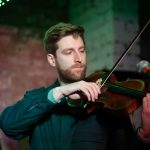 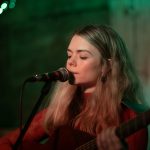 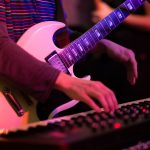 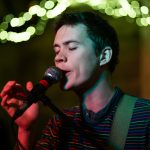 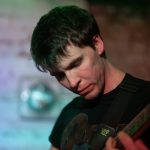 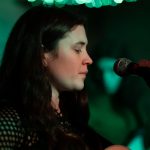 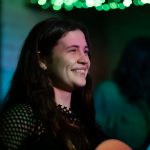 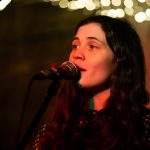 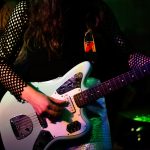 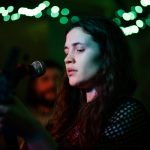 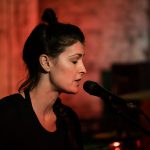