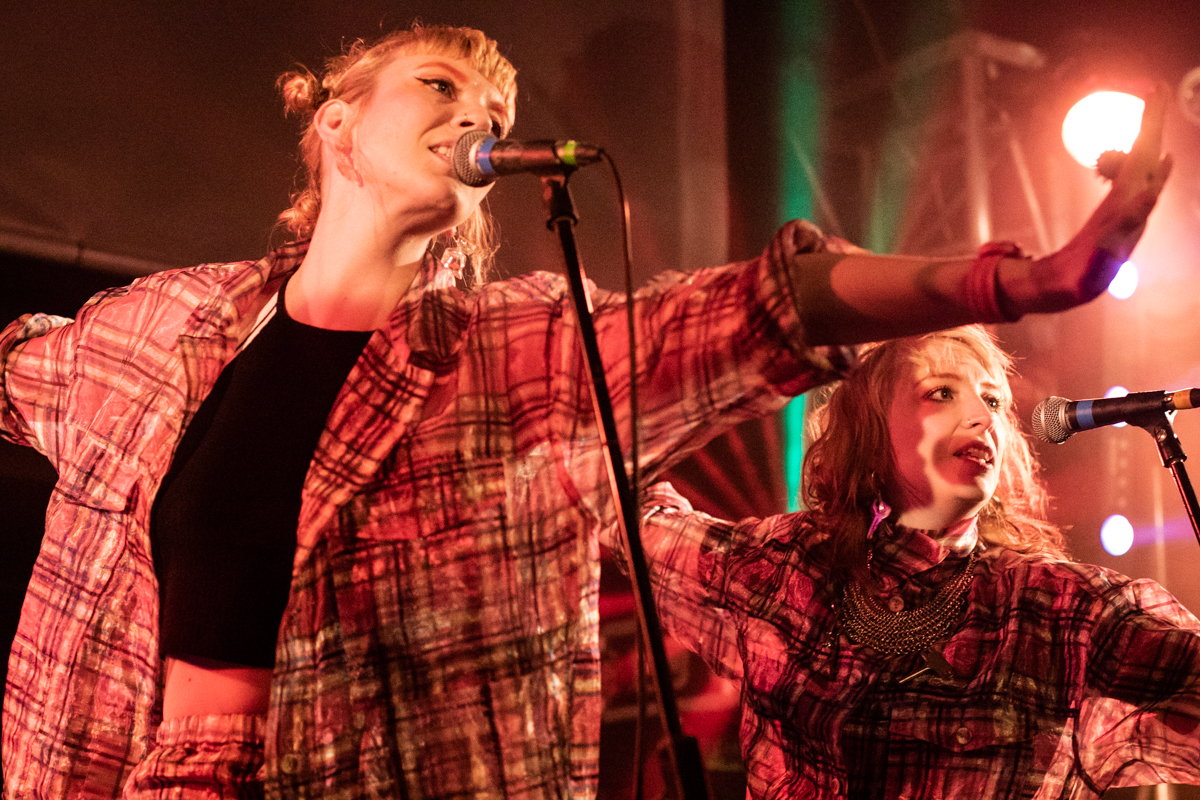 International Teachers of Pop had a disco down at District and Getintothis’ Lucy McLachlan searched out her best dance moves for a night where the girls had all the power.

Is Girl Power still a thing or did the phrase die out after the Spice Girls connected it to Theresa May last year?

International Teachers of Pop are in Liverpool to bring us their newest brand of nerd disco. Adrian Flanagan has been writing concept albums for The Eccentronic Research Council with actress Maxine Peake and Sean Lennon and Fat White Family‘s Lias for The Moonlandingz.  So off the bat teaming up with vocalist Leonore Wheatley we knew this was going to be special.

Tonight was a bit of a nostalgia trip back to school and learning dance routines to the likes of Steps and the Spice Girls collectively in friend’s bedrooms.  Which sounds all lovely and fuzzy but this writer was never blessed with the ability to pull off a well timed dance routine. So the thought of all this technical movement made us wonder if this was the gig for us.

Thankfully Beija Flo was up first and she’s way too cool for a dance routine.

Beija is stood onstage clutching a beer before she starts wearing the best costume we’ve seen so far, hey black leather and fringe sleeves!  She calls the crowd to come closer and they’re captivated from the very beginning.  Her voice is powerful yet fragile and she has the audience in the palm of her hand.

‘Is everyone OK to talk about vaginas?‘ she asks as she tears up during a song about her MRKH syndrome.  Though we do feel like Beija has got a little more cocky this evening.  Maybe it’s playing shows around the country with International Teachers of Pop as the “chosen one“, or maybe it’s that she’s had a few beers already (we heard it was her birthday).  But she is definitely more confident and playful to the point where last song Mary is introduced as being crowned Merseyside’s finest single of 2018. Now we wonder who gave her that?!

Los Bitchos are up next, originally a trio based in London, they appear as an all female five piece with three guitarists and a keytar player lined up across the stage.

The sound is as though The Shadows got stuck in South America during the 70s with a crate of tequila.

It’s instrumental garage psychedelia with a Cumbian (South American folk music) twist and some glam rock added in for good measure.  They look like they’re having a grand old time on stage and at one point are all lined up kicking their legs in time to the music.  The beginning of a dance routine.  It was sunny and fun, the girls were passing a bottle of tequila around between each song and already the audience were up and dancing.

International Teachers of Pop bounce on stage. Adrian Flanagan and Dean Horner take their positions behind their respective synths, their names are lit up on the front.  Except Adrian‘s doesn’t appear to be working. So he has stuck his keyboard light to the front of his hat instead.

Immediately District is also bouncing to the infectious disco pop as singers Leonore Wheatley and Katie Mason, full of energy blasts out all the nerd disco moves.  It’s hard to stand completely still, the whole room is nodding along and dance moves are being called out to follow “dig a hole” to which everyone starts shoveling imaginary dirt.  It’s quite a sight to see.

The songs come out so fast paced it felt like all songs merged into one brightly coloured disco beat with a haze of arms and legs kicking and punching the air in time.  Until out came a German version of Pink Floyd‘s Another Brick In The Wall  that also saw Adrian Flanagan smear red lipstick across his face. Which seemed to have everyone stop and think i know this song but it sounds a bit odd…

ITOP tore through new single The Ballard of Remedy Nilsson and then the disco really begun.  The lights went off except for a few coloured spots flying round the stage, Adrian‘s keyboard finally lights up but instead of displaying his name spells out ‘sexey’ and the girls’ rings light up as little fuzzy rubber neon balls zooming around following their dance moves.

It’s a great way to end the last night of the tour, a big old brightly coloured disco party to celebrate a new album and single.  However it felt like this was ended rather quickly by the encore.  The band left the stage and the audience did the usual clapping and chanting to come back on but nothing happened.

People started to leave or look confused, the house lights weren’t coming on but the band didn’t appear.  At one point even the house music came back on for a couple of seconds so people started to make their way out.  But the band skipped back out on stage and what was left of the crowd turned back.  Have they come to pack up or play another song? It felt like they left it too long and the buzz was killed.

However, they launched into the last song, After Dark not before teaching the audience the dance routine to the song which had a good few rows all dancing exactly in time to the band. 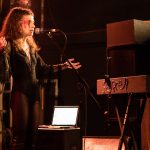 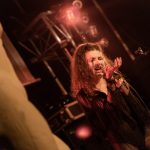 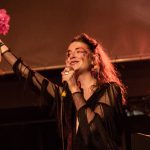 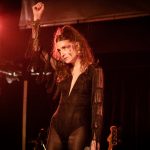 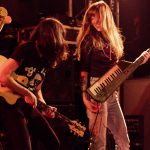 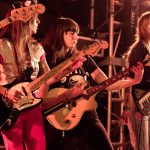 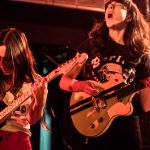 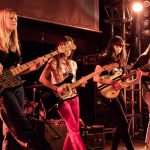 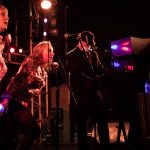 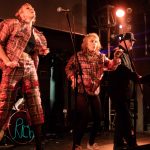 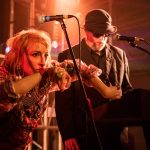 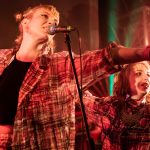 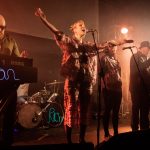 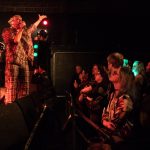