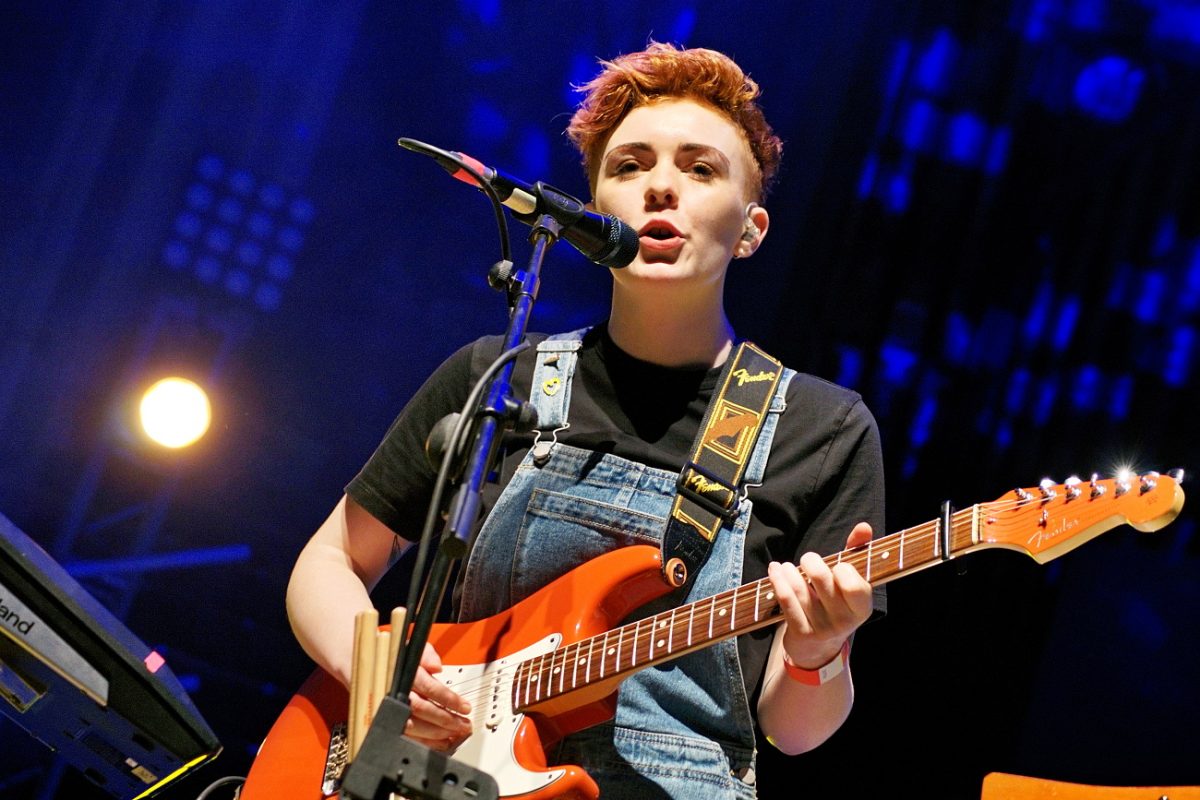 As St Patricks Day nears, Getintothis’ Chris Flack delves into the green streams of home to seek out some of the finest and newest music from Ireland in a desperate attempt to avoid paddywhackery.

When you’re far away from home, or at least this far away from home, surviving St Patricks Day can be a challenge. It’s all tricolors outside bars that wouldn’t normally dare, poorly poured pints of stout, corned beef and cabbage, bad cocktails, and worse pub singers.

The sheer volume of four-piece fiddle bands, piping nonsense and Irish Car Bombs that proliferate bars around the world is frankly, remarkable. It’s almost as though there’s a narrow view of what it is to be Irish.

For us, Irish Music or, if you like, music from Ireland, isn’t bearded men in Arran jumpers sipping pints in remote hillside pubs, nor is it rebellion led foot stomping jigs. Though, to be fair, given the right circumstance we could happily put up with both. It should be noted, that we’ll always make room for Lidl and Aldi. Always.

We tend toward a side of music from Ireland that you probably haven’t heard before, something a little different.  Something that suggests there’s more to Ireland than paddywhackery and fake shamrocks.

We figured it was about time that a St Patricks Day list was created that didn’t have The Pogues, The Dubliners or Paul Brady, even though we’ve paid good money to see all three. It’s all still Irish, there may even be a fiddle in here somewhere, but traditional this is not.

The following is a selection of music from the old turf that excites us, challenges us and makes us dance a jig, of sorts. There are dozens more we could add, Jealous of the Birds, Ryan Vail, Lisa O’Neil, Ciaran Lavery, VerseChorusVerse, Lankum, King Kong Company, The Woodburning Savages, The Claque, Chris Hanna, Hot Cops, Slyrydes, Teddy Charles Jnr, Sam Wickens, Beauty Sleep and Sugarwolf to name a few; we apologise profusely to all those not listed, to whom we now owe pints.

Feis to return in 2019 with Shane MacGowan, The Undertones, The Dubliners, TOUTS and more

Robyn G Shiels – If I Were Thy Demon

We first met Robyn when he manned the till at a newsagent in Belfast many moons ago. In the place where you would normally find the cigarettes, Robyn had what can only be described as a wall of cassette tapes, it was so vast you’d never hear the same song twice. If I Were Thy Demon is probably the oldest song on this list, dating from 2016, it gives an idea of the creative force that is Mr Shiels. It’s not all about death though, honest. If there were any justice in the world, you’d have heard of this man by now.

We were returning from a festival show in Dublin around the end of August last year, our ground transport was spectacularly late so it was about 4am before we hit the road. Of the two companies the festival was using one had disappeared off the face of the map on day one, our driver was wrecked and running out of petrol.  We pulled into a petrol station at about 5.30 and fell out of the bus near delusional. This song was blasting through the station PA.  To suggest we were thrown by that is an understatement.  Joshua plays from the heart, faith, politics, and love, he’s headed to the Irish Centre on the 17th of May. Go, just go.

Like most scenes, bands come and go, line ups change and things constantly evolve. New Pagans are made up of bits of bands that have come before, bands like Girls Names, and Fighting With Wire, they each bring a snippet of what once was and drop it into this slice of noisy, grungy, scratchy escapism.
This hit the airwaves just last week and it is glorious.

We’re back to that thing where new stuff comes from old bands. This, however, is an entirely different pint of stout.  Herb was in a band called Lafaro, they released what is perhaps one of our most loved tracks in Tuppeny Nudger, a glorious three minutes of noise unlike any other. When Herb reappeared after the death of Lafaro he came back to us as Arvo Party. He released this pulsating bleepy thing in 2017 before he even knew how to play any of it live, to say that it was a metamorphosis is an understatement.

If there are any snakes left in Ireland this ought to clear them out.

While this video was recorded live at Wembley ROE, for the most part, remains a bit of an unknown quantity.  She hails from the same school as Soak, literally, and was asked to support Snow Patrol on their recent UK tour, so there is a chance you may have seen her before. We first discovered her at Atlantic Sessions a couple of years ago and were blown away by her, we remain blown away.

Rachel Boyd has been around Irish music for a while, but always as an accompaniment to someone else’s music.  This song is taken from her debut album, Weave, released in February. Her music spans a whole range of sound, from electronic, through to classical via drones and beats. For one album she manages to blend in a huge range of styles and visions, this one is perhaps more experimental but it’s beautiful.

Jordan Adetunji – Party In The Streets

Jordan is what you might describe as a breath of fresh air in a city that has had more than its fair share of four-piece rock bands.  He is barely out of his teens and brings his music to Belfast via his London roots.  This is DIY, utter conviction, R&B, soul, and rock all rolled into a ball that brings truth and tunes. To say he has raised a few eyebrows and filled a few rooms is an understatement.  Get your ears around this.

Documenta are a, well, multi-member drone pop band that centers around Belfast but can be found in all kinds of weird and wonderful places. They never look the same twice, you can find five guitars or perhaps seven, depending on who is available. They have released two albums, Drone Pop #1 and Drone Pop #2. You may have heard of them, they have been lauded by a few folks, including Tim Burgess who has had them appear in a few places, tents mostly, Tim Peaks ones at that.   They are led by the wise and otherworldly Joe Greene, who acts as a kind of shamen for Irish musicians.  Seek out their shoegaziness, you will not regret it.

Bróna Keogh is perhaps one of the most Irish of artists on this list, she is a part sixties, part folky, part roots, part traditional. There is also every chance that she may become one of the most well-known names in Irish music we could see in the next few years. She has toured and supported some of Irelands finest, played some big stages and created a buzz all her own, definitely one to watch out for. There has to be a fiddle in this one somewhere.

Unless you’ve been living under a rock somewhere in the Cumbrian hills, the chances are you will have heard of Fontaines D.C. though there is no issue with us making sure. Fontaines D.C. are another band who appeared from the smoking ruins of a few other Dublin bands and they’ve taken off on a trajectory that we haven’t seen an Irish band on in quite some time,  a feat they have managed on four singles.  Fontaines are politics, punk, anger, discontent, fury, fuck-offs, and ferocious four-minute forms. A near perfect fall out from a Celtic Tiger that has long been picked clean by capitalists and vulture funds.  They play the 6 Music Festival soon and are due back in the O2 Academy in November. You will not want to miss that.