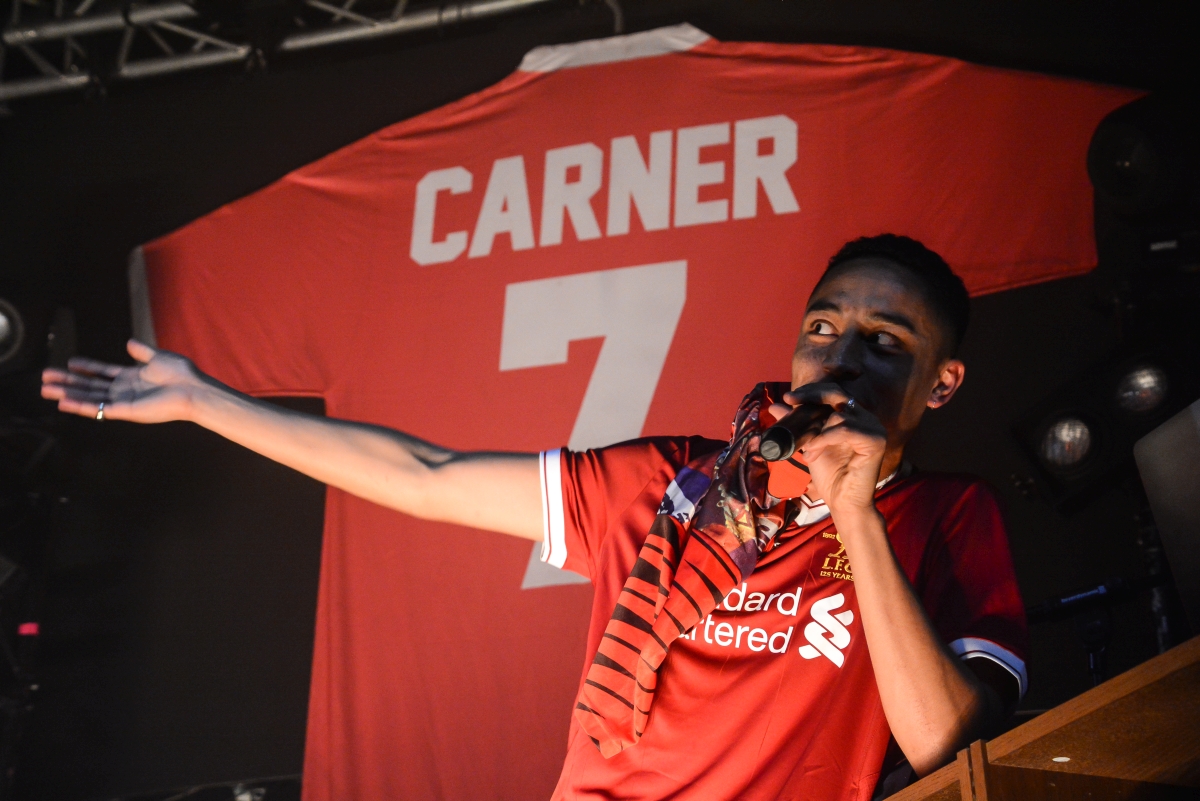 Loyle Carner has a new album to be released in April and ahead of his headline slot at Liverpool Sound City, Getintothis’ Sinéad Nunes has the details.

Loyle Carner has been hard to keep up with for the last couple of years; a Mercury-nominated debut album in 2017, a major UK tour and festival slots including Brixton’s Field Day, alongside a plethora of side projects including recent collaboration with the Levi’s Music Project which aims to launch the careers of a number of up and coming UK artists.

Selected musical acts will go on to perform at Sound City 2019, where Carner also headlines (the only date of his 2019 tour not to be sold out at the time of writing).

Each act has received mentoring from established artists, support from Sound City and LFC, and bespoke album artwork from a number of NW-based designers including That Girl Prints and Nick Booton. Loyle Carner is on an enviable and well-deserved trajectory, and at 24 is already taking care of his legacy.

This altruistic approach to the careers of his contemporaries is mirrored in everything Carner does, from his lyrics to his album launches. On Thursday April 18, AMF Records are offering fans the chance to win 150 pairs of free tickets (available via Carner’s website) to the launch of second album Not Waving, But Drowning at House of Vans, London.

Known as a hub of culture and creativity, House of Vans is “committed to action sports, art, music and street culture” with free cinema screenings, gigs and parties every month. At 12.01am, Carner will be personally signing and hand-delivering all copies bought on the night throughout the crowd – further cementing that charming persona.

Alongside the show will be an exhibition curated by Loyle’s friends, family and some of the UK’s most exciting new artists, with each work created in response to a track from the album. The exhibition will be on display until Sunday April 28 with the majority of pieces being auctioned online to raise money for men’s suicide prevention charity CALM.

Liverpool Sound City (May 3 – 5) remains in its new Baltic Triangle home for a second year, with a line up including Shame, Nik Void and Tim Burgess, alongside headliner Loyle Carner, and Liverpool-based acts such as LUNA, Clean Cut Kid, SPQR and Louis Berry.