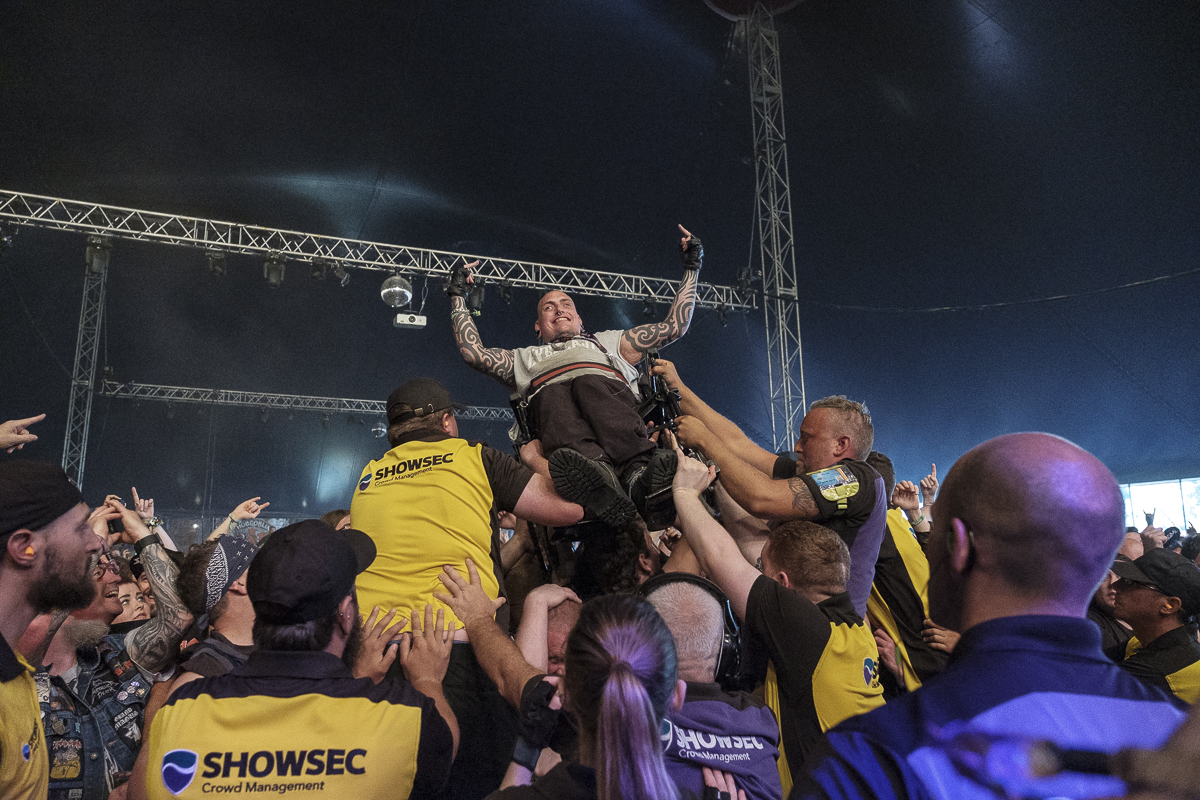 The beer and (lethally tasty) cocktails are flowing. Rockers of all shapes and sizes mingle with proud and nervous parents, siblings and friends. Young bands stand poised at the side of the stage, running through last minute practice drills and checking their equipment.

Onstage, a diverse line-up of fresh local metal acts each has 20 minutes to entertain partisan crowds that will them on with energetic headbanging. It can only be the unique melting pot that is the Bloodstock Metal 2 the Masses Merseyside competition.

After the combinations of audience and judges’ votes have been counted, a nervous wait ensues before Forlorn Hope are declared the winners of this particular heat. They will now join Midnight Prophecy and Atanamir in the regional final. 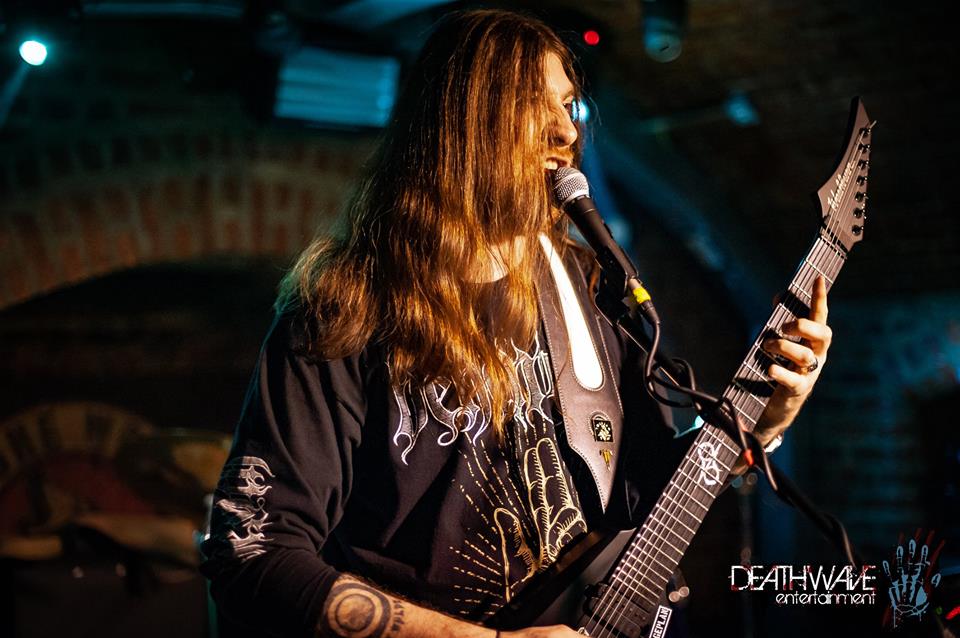 Whatever the merits and drawbacks of this type of friendly competition, such events illustrate the continued significance of the Bloodstock Metal 2 the Masses concept.

Most young metal bands’ music is not radio friendly enough to enable them to utilize other means of nurturing new talent, such as the BBC Introducing platform. Consequently, the chance to win a regional final and then get to play on the New Blood stage at the largest independent metal festival in the country remains a compelling incentive.

This is something that the promoter of Metal 2 the Masses Merseyside, Andy Hughes from Deathwave Entertainment, knows only too well. Ahead of last year’s final Andy told us that: “it’s a more powerful tool for uniting the scene than I’d ever imagined it would be […] [it’s got] to the point where it’s now […] a catalyst for the scene.”

Not only does the competition create interest amongst fans and encourage them to turn out and support the local metal scene, but as Andy elaborated: “I’ve had bands actually […] contacting me, saying we’re forming, and we are forming now specifically to be ready in time for Metal of the Masses”

Not only does Metal 2 the Masses inspire band formation, but in some cases it provides an education of sorts. Andy clarifies that: “most bands don’t win Metal 2 the Masses on their first try, [for]most of them it’s their second or third [time]. If they form, they do need that time to get their stage craft down, get their live performance down, as well as writing the music.”

Latest heat winners, Forlorn Hope, are testimony to this school of thought. The five piece took part in last year’s competition, but did not get past the heat stage. Yet they learned from the experience, carried on their momentum and not only have they now won through to this year’s final but have an impending album release (see below). 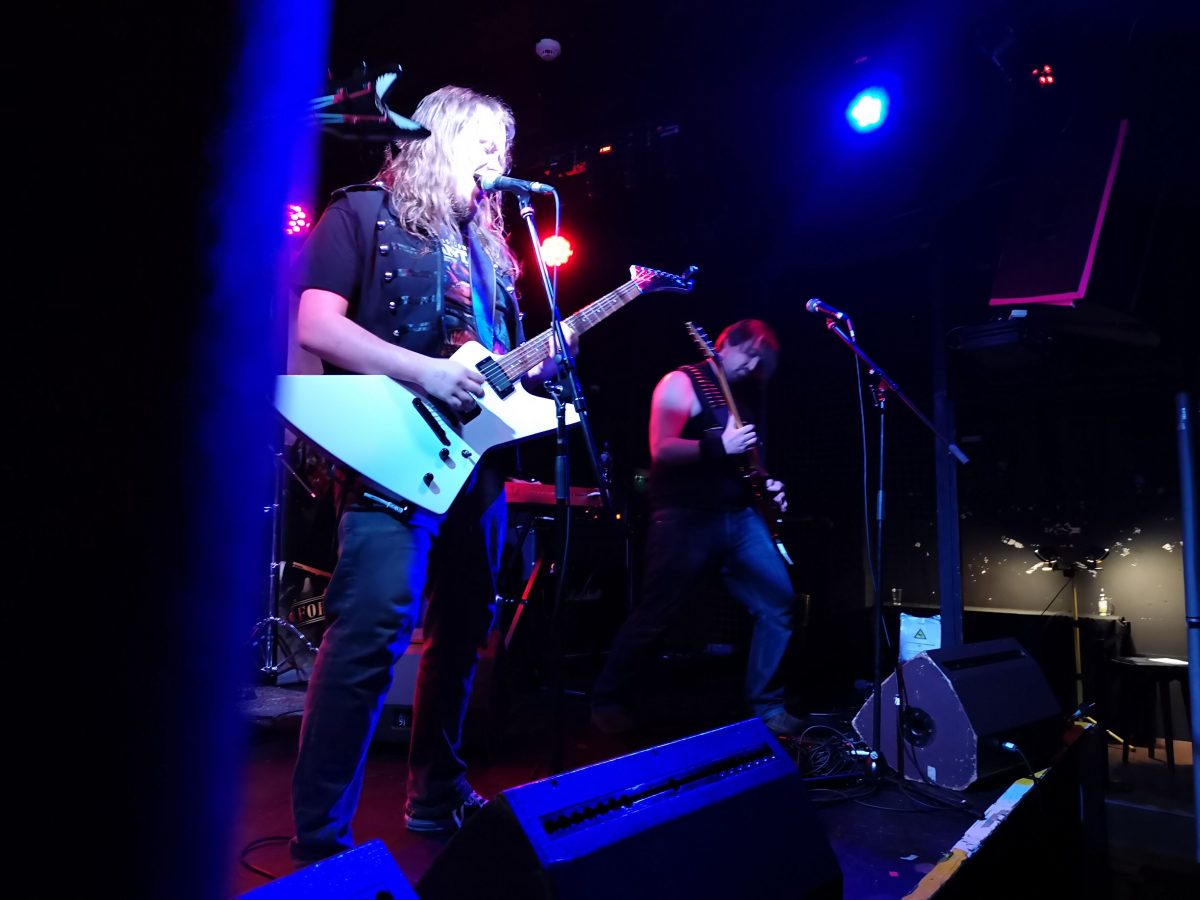 For the eventual triumphant regional winners, the rewards are plentiful.

Last year’s Metal 2 the Masses Merseyside winners Equinox (who have now changed their name to Ashen Reach) talked to us about the impact their appearance on the Bloodstock New Blood stage had on them.

Drummer Jess Stanley told us how performing at the festival:  “put us in front of the most people we had ever played to at that point in time. I think it put us to the test to see if we could thrive in front of a crowd that big, and I think we proved to everyone we could. After Bloodstock, we seemed to be on a couple more radars, and got Bloodstock down on our “band CV” making us more desirable”

Jess went on to reveal how it had been a “rollercoaster” ride since their Bloodstock appearance. With the bold decision of a name change, the releases of two singles, signing with Enso Management and recent tour dates supporting Bullet For My Valentine in Russia all happening in less than a year, we would certainly concur with her assessment. 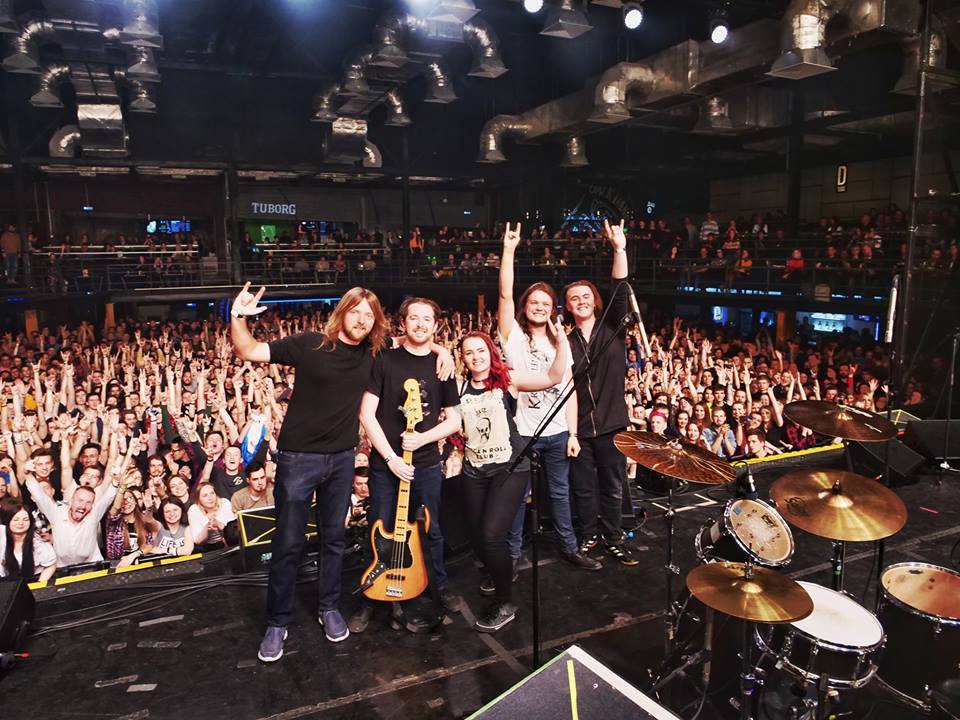 Ashen Reach’s appreciation of Bloodstock shines through. Vocalist Daniel Moran enthuses: “There is no festival that can contest the camaraderie. I have never in all my life stepped on a patch of grass and thought “this is home” faster than I did at Bloodstock.”

Given their expertise and affection for the event, we couldn’t let Jess and Daniel go without asking them about their tips for bands to watch out for during this year’s fest. Unsurprisingly, they placed a strong emphasis on some of their contemporaries in local and up-and-coming acts, with Daniel choosing:  “Krysthla, Footprints in the Custard, Barbarian Hermit, Solitary, Witch Tripper, and the Metal 2 the Masses winners, Djinova, Inferiem, and Deformation of Man”

Of the more established acts, both Jess and Daniel are looking forward to headliners Sabaton. While Daniel adds that:  “I’m VERY interested in catching Parkway Drive cause those guys are a HUGE deal to the BOA line up, Dimmu Borgir will be awesome, [as will]Queensryche, Anthrax, Grand Magus, and Raging Speedhorn.”

Before we bid you farewell for another month, we just have time to bring you some of the latest releases that have rocked our world over the last few weeks. 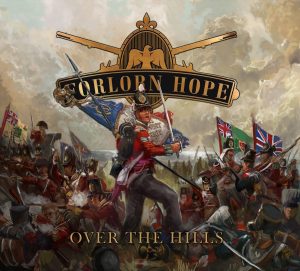 Forlorn Hope: Over the Hills
Self-Released

In conjunction with their appearance in Metal 2 the Masses Merseyside, local heroes Forlorn Hope are set to unleash their debut album in July. These self-confessed “history nerds” have crafted a concept album for their maiden voyage that is packed with fist-pumping anthems, enhanced by catchy guitar and keyboard hooks.

If their approach to historical detail in their lyrics borders on the obsessive – this record focuses on stories from the Peninsular War of 1807-1814 and their album sleeve features an extensive bibliography – they certainly convey enough intensity and drama through their music to satisfy battle and power metal enthusiasts.

Stand out tracks include the galloping first single, Rifles, as well as the riff-laden Talavera. 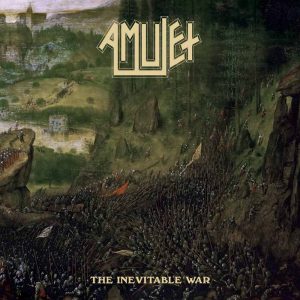 Staying with the sound of classic heavy metal for the moment, London-based Amulet continue to demonstrate their huge potential on their sophomore album The Inevitable War.

Tracks such as Shockwave and Siege Machine wear their NWOBHM influences on their sleeves in their general feel and vocal delivery. Burning Hammer combines Dio era Sabbath with Deep Purple to provide a satisfying slab of velvet encrusted heavy rock.

Razor sharp production from Tom Blackford, together with mastering by James Plotkin, help to showcase the band’s range and song writing ability in all its glory. 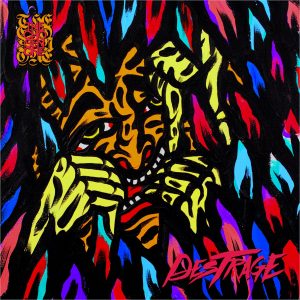 Destrage: The Chosen One
Metal Blade

Melding ferocious groove metal with influences from industrial and even techno, Destrage’s bold fifth album, The Chosen One, hits hard and fast.

The frenetic title track and album opener sets the scene – a blizzard of incisive technical riffs and blistering rhythm. However, by the time we get to Rage, My Alibi and Headache and Crumbs the band display their diversity, with verses underpinned by guitar noise courtesy of a synthesizer the band nicknamed ‘Megatron’ and slower, more melodic, almost dreamlike sections that highlight the impressive range of vocalist Paolo Colavolpe.

Well, that’s all the excitement we can take for this month. Stay heavy and keep supporting a scene that continues to bring metal to the masses.