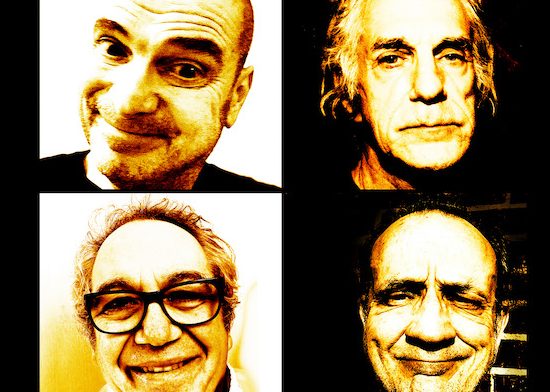 Residing happily in the underground until Kurt Cobain‘s home-made t-shirt elevated them to infamy, news of the tour has sent fans of the repetitive, anarchic and mind-bending four-piece into ecstasy. Especially with the addition of two big names to round out the line-up.

They join founding members Steve DePace and Ted Falconi on their compromisingly noisey and atonal odyssey. Attendees should not expect cake, but tracks like Sex Bomb, Ha Ha Ha and Life is Cheap may well feature.

Among their travels around Europe is a trip to Blackpool’s Winter Gardens for the Rebellion Fesitval; they’ll be joining The Descendents, The Stranglers and The Damned on an a roster already packed full of punk legends.

They’ll be there to remind everyone that they’re more than just a t-shirt with marker pen on it. Their 1982 debut Generic Flipper remains a classic, and their four studio albums and five live releases form a monument to the group’s trail-blazing, rabble-rousing ferocity.

Don’t take our word for it though. Says Henry Rollins in his memoir Get in the Van of their rambling, chaotic assault: