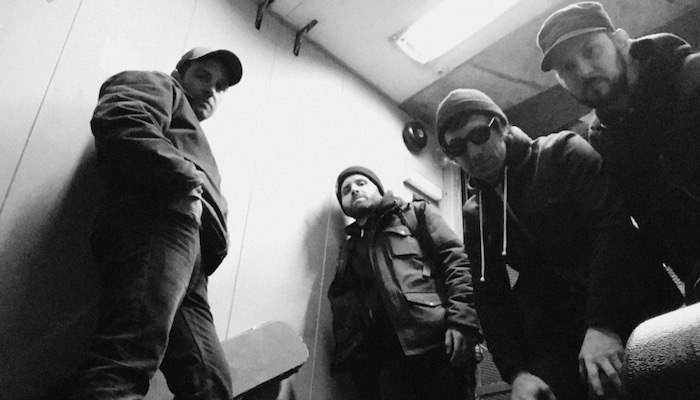 After the death of their Bassist Caleb Scofield, Methuen, Massachusetts metalheads are set to return with Final Transmission and a smattering of dates in the US, Getintothis’ Chris Flack has the latest news.

Following the tragic death of bassist Caleb Scofield in March of 2018 many commentators suggested that Massachusetts rockers Cave In would call it a day.

It would certainly be understandable for most to drop the curtain in such circumstances, but for Cave In they felt they had a duty to help Scofield’s wife and two children.

When the dust had settled the band arranged to play a number of benefit gigs to raise some money for Scofield’s family and did so with some gusto.

It was after these shows that thoughts turned to the final two days of recordings they had that included Scofield, the band felt that the music they had produced was too important to shelve.

Cave In was formed in the midst of the explosion of American garage rock, named after Sub Pop band Codeine song of the same name, the mid-’90s was a near perfect time for their guttural, angry thrash.

The recordings Scofield was taking part in at the time of his accident now make up their sixth studio album. LIke most bands though, their formative years were beset with squabbles, artistic differences, and splits within splits.

Cave In finally received recognition in 2003 on the release of their Antenna album on RCA Records, Antenna led to huge US tours and a stint on the Lollapalooza circuit as well as support slots on European tours with Muse and Foo Fighters.

The band went on hiatus in 2003 and reformed in 2006, releasing an Ep and their fifth album, White Silence, after a period of quiet they had started to spend some time in the studio when Scofield was involved in a car accident.

Given that almost seven years had elapsed since their last album, the band convened at their rehearsal space in February of 2018 to test the waters and give their amps an airing. They spent a weekend spent laying the basis for a new record, after which Scofield drove home to New Hampshire.

It was the last time his bandmates would see him. His loss has led to the band spending time considering how to move forward, in their own words, his fingerprints are all over Final Transmission.

In a touching mark of respect, the album opens with an iPhone voice memo recorded by Scofield, his recordings are heard throughout the record, he plays bass on six tracks and guitar on two.

While the recordings were intended as demos the record became something of a release, a cathartic memorial to a friend.  What remains is Cave In from their early years, it is garage, space rock, and thrashy metal melodies. A record spearheaded in large part by Scolfield’s legacy.  Final Transmission is available from June 7. Half of the proceeds of the record will be given to Scofield’s wife and children.

Cave In have announced a few dates in Europe and the US.