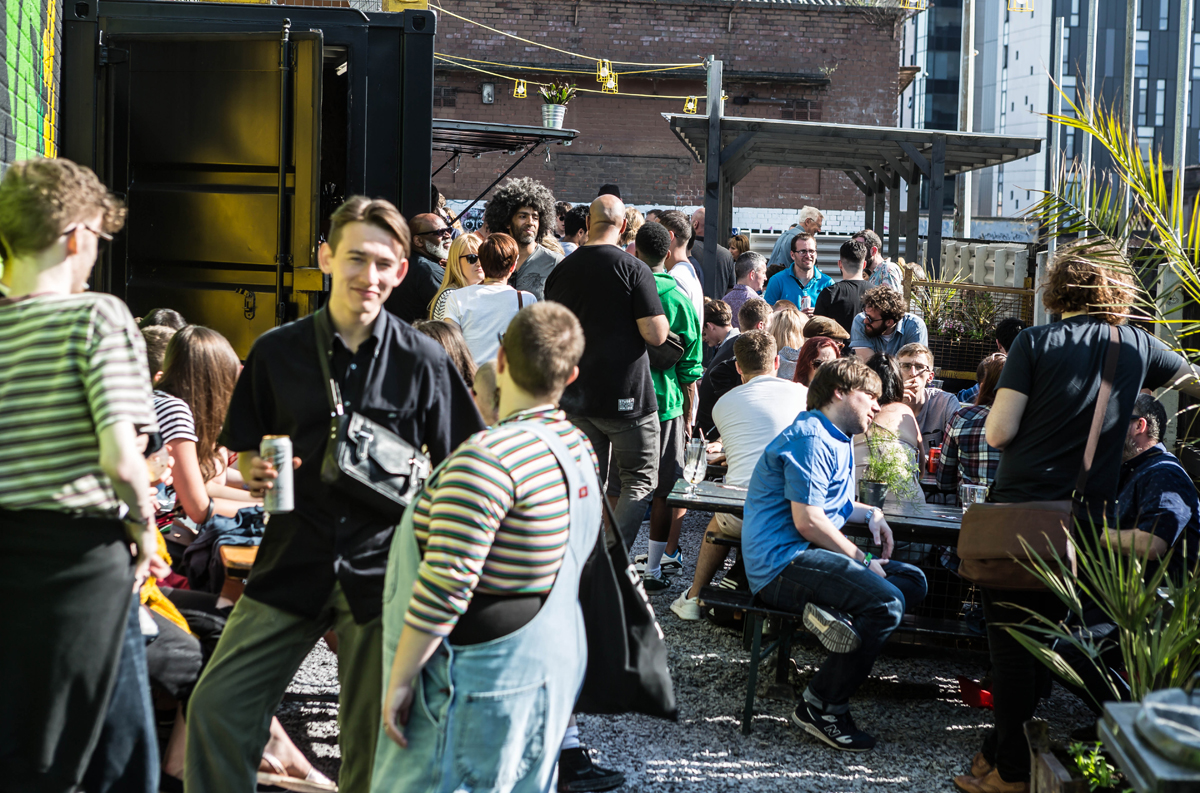 As Sound City gets underway for 2019, Getintothis’ Matty Loughlin and Chris Flack select ten absolute must-sees over the next two days, get your ears around this lot over breakfast. See you down the front.

It seems that every Sound City for the past four years has been a ‘transition’ year; a bit: “we’re trying something different here, let’s see how it goes”.

From the relocation to the Bramley Moore Dock and the pull of some huge acts in 2015. Belle & Sebastian, Swans and The Flaming Lips in one weekend, to the more miss-than-hit infamous ‘dustbowl’ of 2017 and last year’s ‘back to our roots’ Baltic odyssey.

It has felt like the festival has been doing a bit of self-reflection, trying to find out exactly where it fits in with the, ahem, sound city of Liverpool, trying new outfits and personas on for size, with mixed results.

A bit like Matty Loughlin during his teens, basically.

Not that this a bad thing, as arguably one of the worst things a festival like Sound City could do would be to stand still and stagnate; before long the buzz is gone and things begin to lose their edge.

This year’s festival feels still somewhat transitory, but with a combination of some of the successes of these past few experimental years. The venues are in the main still in the Baltic Triangle, and the line-up is a combination of nationally established acts (Mabel and Loyle Carner), hometown heroes (Tea Street Band, The Shipbuilders, Katie Mac) and, handily for this article, brand new exciting acts.

Will it all go smoothly?  Probably not.
Would we want that?  Definitely not.

Pom Poko
Saturday // District // 17.15
Having recently released their debut album ‘Birthday’ on Bella Union, the Norwegian quartet are a tricky one to summarise. Taking the joyous abandon of early The Concretes and adding the jagged, angular riffs of Sacred Paws along with polyrhythmic backbeats, their sound is thrilling and one that changes tact the moment you feel you’ve got your head around it. Live, it promises to be a gas.

Daniel O’Sullivan
Sunday // Constellations Garden // 20.15
One for fans of the Divine Comedy, Riley Walker and Sufjan Stevens, Daniel O’Sullivan is an apparent polymath, playing the role of songwriter, composer and multi-instrumentalist, seemingly all at once. Recent album Folly is an ethereal, meditative offering that doesn’t stray into MOR but rather elevates itself into something quite beautiful; seeing how it translates onto a festival stage promises to be fascinating.

Confidence Man
Hangar 34 // Sunday // 23.30
If debut album Confident Music for Confident People is anything to go by, Confidence Man are a band designed for festivals such as Sound City. Brash, jarring and indefatigable, their set is going to be one it’ll be hard to stay still to; if Tom Tom Club and LCD Soundsystem are your thing, then this is for you.

Lowly
Sunday // Brick Street (Indoor) // 21.45
Lowly’s recent album Hifalutin was apparently recorded in a 150-square meter warehouse, on the outskirts of Aarhus, Denmark. It, therefore, feels fitting for them to be bringing their dreamy, XX-inflected art to the Baltic Triangle. Reverb-heavy and woozy, one imagines this to be the perfect set for those in need to some self-care and a wee break from the madness of the festival.

Scalping
Sunday // Baltic Social // 14.15
There must be something in the water in Bristol. Another fine offering from the city, Scalping bring the madness to Sound City. A cacophony of intense noise that thrashes punk against dance and sets it against exciting bewildering visuals. Scalping take no prisoners on record, so as a live prospect they promise to be an enthralling experience and one that might take some coming down from.

Stella Donnelly
Saturday // District // 20.15
Welsh Aussie singer Donnelly has been the darling of many a musical holiday, wowing audiences in SXSW, The Great Escape and winning awards all over the place. Donnelly takes no prisoners, her politics is emblazoned on her sleeve and seep through in every line in her music, both gentle and fierce, she is a force to be reckoned with and an act well worth catching.

Just Mustard
Saturday // Main Stage // 15.00
Irish five-piece are proving that shoegaze isn’t quite dead yet, screeching guitars, melodic tunes and a soul that only a Dundalker can bring they have caught more than a bit of attention on Irish shores and beyond. Their debut album was recorded live, straight to tape with very little post-production and if it is anything to go by there’s will be an interesting show. Wear your converse folks.

Penelope Isles
Saturday // On Air // 20.45
This four-piece hail from the mighty Isle of Mann but have recently relocated to Brighton to hone their sound and build an audience, and building they are. It’s guitar pop but not as you know it, intelligent, beguiling, intense with beautiful melodies and some gorgeous voices to carry it all along. You might need lighters for this one.

Honey Lung
Sunday // District // 19.30
This London four-piece is the bastard child of Smashing Pumpkins and My Bloody Valentine, thrashy grungy noisy melodic pop in all its glory. They’ve started on the festival trail and are bringing in the punters everywhere they go. Huw Stephens seems to like them and that’s good enough for us. Big noise is good.

Emily Burns
Saturday // Main Stage // 18.20
Burns music is honest to God pop, full of angst and stories from her own point of view. She is open and trusting far passed a point where most of us would decline to give interviews and it’s this that is winning her adoration. She delivers it with humour and aplomb and a great voice to boot, Too Cool is a glorious slice of her heart.